Storytelling, Startups, and More Events in Boston This Week 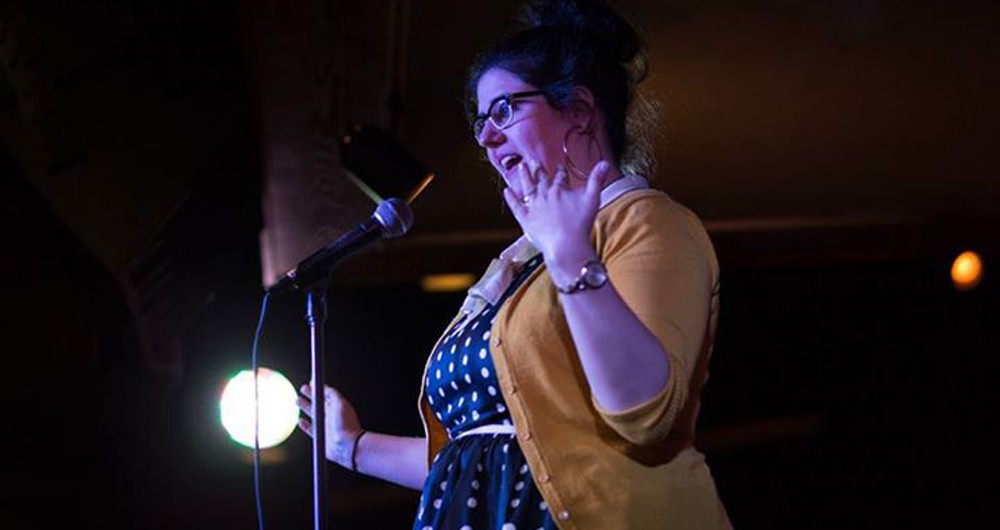 This week in Boston you can explore a few of the many ways to tell a story: In a film or staged reading of a play, through a series of sensory experiences, or by just standing on a stage and telling a story. That one sounds pretty terrifying; luckily, these are professionals and probably don’t need to picture the audience in their underwear. But wear good underwear just in case.

Solas Nua presents a staged reading of This Other City, Daragh Carville’s acclaimed play about sex trafficking in Belfast, at the Burren in Davis Square. Netflix has turned me into a big fan of Irish drama, and I guess the only downside to seeing a live reading is you can’t turn on subtitles to help decipher the accents. You’ll pick it up quickly enough. (7:30 p.m., $10, 21+)

The Independent Film Festival of Boston rolls on this week, closing Wednesday night with Me and Earl and the Dying Girl. Only rush-line tickets remain for that screening, but you can score tickets to Tuesday’s New England premiere of I’ll See You in My Dreams. Blythe Danner stars as Carol, a longtime widow whose routine is rattled when she falls into relationships with two very different men: Sam Elliot, mustachioed cowboy and the voice of Coors commercials; and Martin Starr, known for playing a geek in Freaks and Geek and now a nerd in Silicon Valley. I’m not placing any bets, just saying I wouldn’t want to compete with Sam Elliott for the last donut in a box, let alone the love of a good woman. (7 p.m., $11, PG-13)

The necropolis of Saqqara in Egypt is the burial site of kings, commoners, and approximately eight million animals considered sacred, primarily dogs. Sure, the Egyptians were down with felines (like the spinx) but dogs played a sacred role in the cult of Anubis, the dog-headed deity associated with the afterlife and the inspiration for the Disney film All Dogs Go to Heaven, probably. Paul Nicholson, Professor of Archaeology at Cardiff University, stops by the Harvard Semitic Museum to discuss the The Dog Catacombs of Anubis and what their recent excavation tells us about Egyptian culture. (6 p.m., FREE, all ages)

The Boston Calendar and General Assembly Boston host the April edition of Startup Hot Seat, an ongoing event series that puts key members of growing startups in front of a panel of venture capitalists, reporters and industry experts. Taking the hot seat this time: David Schloss, Boston General Manager for Instacart, the grocery delivery service that shops for you and delivers the goods to your door in under an hour. Basically they take all the hassle out of grocery shopping except for yelling at your roommate to throw away his terrifying month-old leftovers to make room in the fridge for your fresh veggies. (Maybe that’s in the works? We can ask!) Learn more about their business model and growth strategy (and score free food, beer, and wine) at Workbar Cambridge. (6:30 p.m., FREE, all ages)

The Museum of Science Reno Family Foundation Symposium hosts David Edwards, the inventor whose artscience experiments are becoming cultural game-changers. Eating Bottles, Drinking Clouds, and Texting Your Evening Meal is a sensorial adventure at Cafe ArtScience & Le Laboratoire Cambridge culture lab, where the public is invited to join his “willful, joyful experimentation.” Sip poetic clouds of intense flavor from Le Whaf, explore olfactory music with the magical oPhone, and drink water out of flavorful, nutrient-rich WikiFood packaging. Probably Edwards’ mom told him not to play with his food when he was a kid and he spent the next three decades plotting his revenge. How you like me now, ma? (6:30 p.m., $35, all ages)

We all have that one friend who’s really bad at telling stories: Going off on pointless tangents, skipping important details, and ramping up to an underwhelming finish that makes you wish for the last ten minutes of your life back. Your one friend is definitely not appearing at The Big Mouth Off, the season six finals of massmouth’s Story Slam series. The Coolidge Corner Theatre hosts the unforgettable night of live, true storytelling. (6:45 p.m., $20-25, all ages)

Bonnie Raitt called them the greatest rock and roll band in the world and chose the day after one of their shows to quit drinking. They served as the unofficial “house band” of The Simpsons and were briefly managed by professional wrestler “Captain Lou” Albano. Probably your favorite band’s favorite band, NRBQ brings their unique brand of rock/pop/blues/jazz to Johnny D’s on Thursday with locals Sarah Borges and Muck & the Mires. Mop-topped pianist/vocalist Terry Adams is the only original member playing with the current lineup, so it’s kind of like if Paul McCartney just started touring as the Beatles: not quite a reunion, but still worth seeing. (7:30 p.m., $22, 21+)