Steven Tyler Is Working On a Country Album? 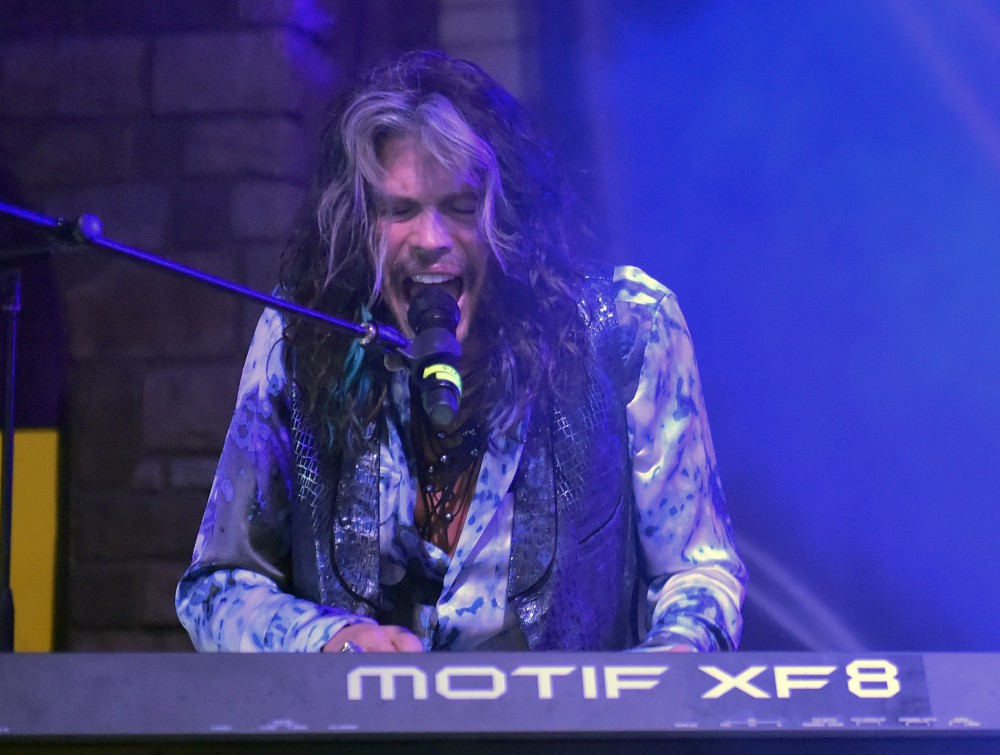 When in Nashville, do as the locals do. Since relocating to Tennessee a few months ago, this seems to have been Steven Tyler of Aerosmith’s approach after announcing in an October Twitter Q&A session that he intended to record a country album, an endeavor he’s well in the process of completing.

Billboard reports that The Bad Boy From Boston is expected to sign with Big Machine Label Group, a label that most impressively boasts the almighty Taylor Swift, within the next few weeks though there is no official agreement in place as of yet. In Nashville, he has been collaborating with big-name country writers like Brett James, who has co-penned songs like Carrie Underwood’s “Jesus Take the Wheel” and Karen Johnston, who has collaborated on songs with country megastars like Keith Urban and Tim McGraw.

A snippet from Tyler’s Twitter Q&A sheds a bit more light directly from the singer:

“I’m going down to Nashville January, February, March, April to write and see what we get,” Tyler said. “You know, doing an album is kind of like panning for gold. You get so much sand and dirt until you find a little nugget and you work on the nugget…you know I grew up with The Everly Brothers. Even ‘Cryin’s’ got a little [twang]. Of course I had to do it more Aerosmith-ish which was rocked out. There’s just a piece of me that loves country so much, and I’m not sure what kind of country that is, but it’s got the 5th harmony…it’s just those kind of melodies that are just so so good.”

While some might be surprised to hear that the Boston rocker could be transitioning into such an unfamiliar genre, a quick look at Tyler’s performance resume around his main gig on American Idol in the past few years indicates that he may have been considering this move for some time. In 2011, he performed a mash-up medley with Carrie Underwood at the Academy of Country Music Awards featuring songs from her catalog and Aerosmith’s, followed by another collaboration on an episode of CMT’s Crossroads in 2012. He presented a trophy at the CMA Awards as recently as last November.

Then again, Tyler has always approached recording and collaboration with an open mind, breaking ground in 1986 by teaming up with Run-D.M.C. for “Walk This Way,” and sharing the stage with pop royalty like ‘N Sync, Britney Spears, Nelly, and Mary J. Blige during the 201 Super Bowl Halftime Show.

Tyler’s album could be released as soon as the end of this year, but fans can more likely expect an early 2016 release for the project. Is the Aerosmith frontman pulling a Kid Rock, or will this be a fruitful new act to Tyler’s already-impressive career? Only time will tell.

Enter to win a pair of tickets to attend The Hess Collection Seminar and Dinner as part of Boston Wine Festival 2018 at the Boston Harbor Hotel on Wednesday, March 14th. END_OF_DOCUMENT_TOKEN_TO_BE_REPLACED

Perry Eaton writes for Boston.com. Perry Eaton talks on the radio with me from time to time. Today, he talked to me about what he’s been listening to and some upcoming shows and festivals worth checking out. Click here to read more. END_OF_DOCUMENT_TOKEN_TO_BE_REPLACED

Boston band Funeral Advantage is Tyler Kershaw. And Tyler Kershaw had a fun childhood, so it seems. END_OF_DOCUMENT_TOKEN_TO_BE_REPLACED

Perry put me on to daephne and the album blew my mind. END_OF_DOCUMENT_TOKEN_TO_BE_REPLACED