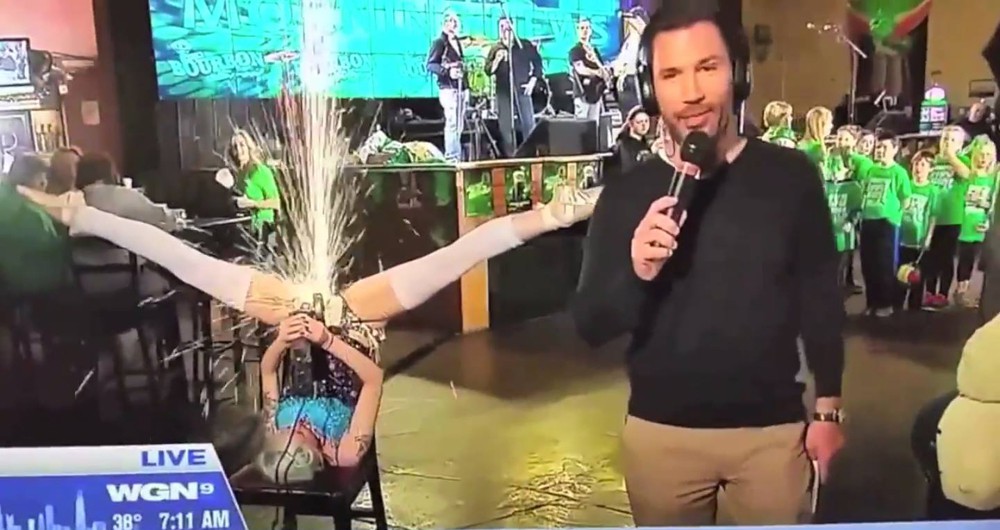 St. Patrick’s Day festivities were in full swing in Chicago this weekend, from the dyed green river to the excitement of the Big Ten tournament. And you can bet a pot of gold that sparks were flying in pubs across the city as soused day-drinkers bonded over their love of authentic Irish culture and green beer. If you happened to watch this completely absurd WGN broadcast, however, the sparks were very, very literal.

The WGN reporter, Pat Tomasulo, is standing on site with a woman he has little to no background on, before delivering his fateful final words.

“She explained to me exactly what she’s going to do, and I’m not entirely sure what it is, but I know it involves a power tool.”

The performer, Shana Vaughan-Gabor, makes it pretty clear on her Facebook profile what she’s famous for, from her nickname (which we’ll leave to the Facebook page) to photos like these. 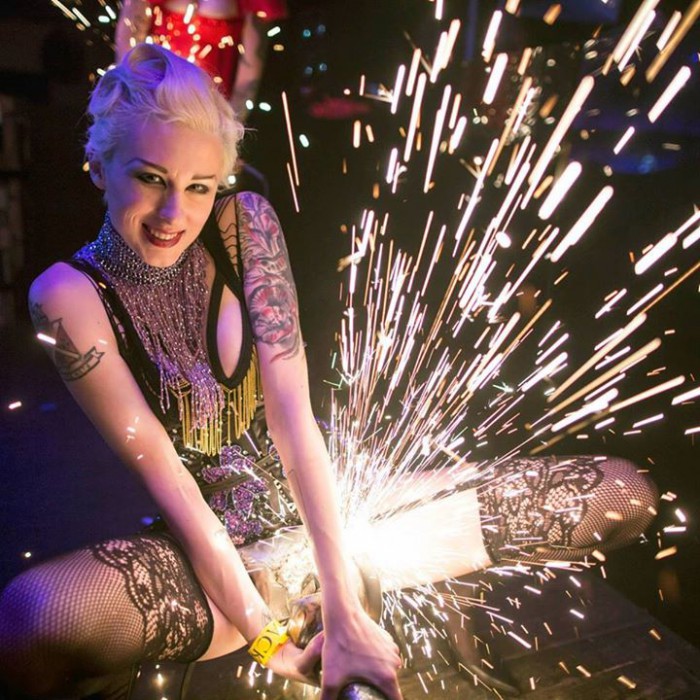 At least they cut away from the footage after 40 seconds, right? But wait, let’s come back for one more shot with Shana’s audience — a crowd of elementary school children. 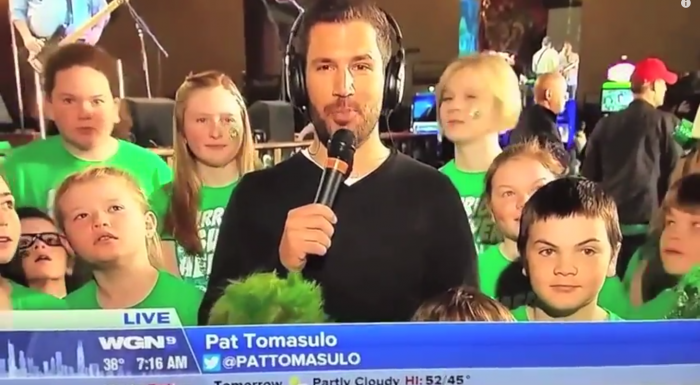 “Hey kids, what did you guys think of that lady shooting sparks out of her midsection?” Tomasulo says, his cheerful baritone betrayed by his dead-eyed “my career is over” stare. “It was creepy and stinky? Ok! Out of the mouths of babes.”

While nothing will ever reach the local news greatness of Leprechaun in Alabama, this St. Patrick’s Day blunder just blazed its way to a close second.

Enter to win a pair of tickets to attend The Hess Collection Seminar and Dinner as part of Boston Wine Festival 2018 at the Boston Harbor Hotel on Wednesday, March 14th. END_OF_DOCUMENT_TOKEN_TO_BE_REPLACED

This year, the festival is welcoming more female wine producers than ever before, making up 20% of all winemakers that will be at the festival. END_OF_DOCUMENT_TOKEN_TO_BE_REPLACED

The holidays are here, so raise a glass. END_OF_DOCUMENT_TOKEN_TO_BE_REPLACED

A decade of Wreck The Halls. END_OF_DOCUMENT_TOKEN_TO_BE_REPLACED

‘Tis the season to mix a nice, stiff drink. END_OF_DOCUMENT_TOKEN_TO_BE_REPLACED

Warm up with Tito’s on your sweater and Tito’s in your glass. END_OF_DOCUMENT_TOKEN_TO_BE_REPLACED