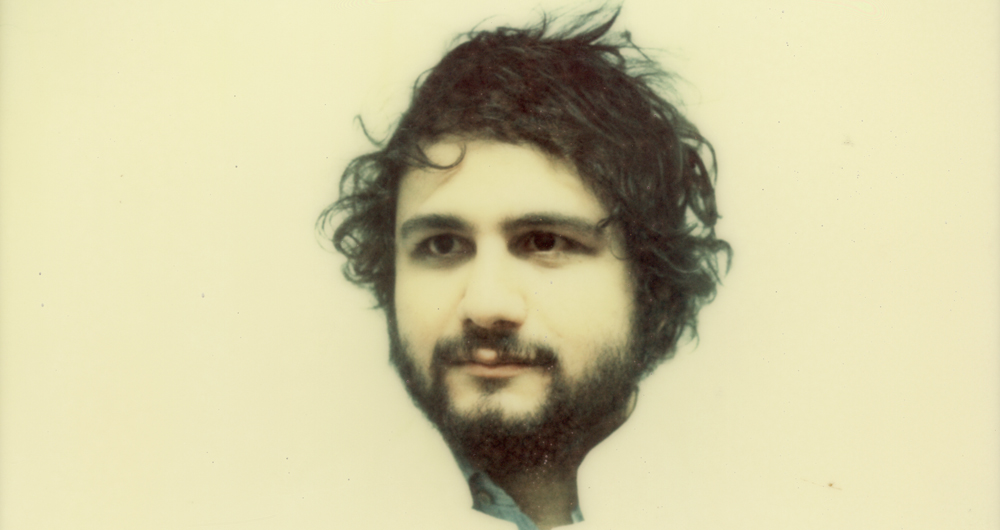 There may be thousands of rock bands out there, but not many of them play good old-fashioned, sha-la-la shaking, retro-fitted pop like the boys in Boston’s Spirit Kid. Let’s put our cynicism aside here. Sure, we’ve been there and done that multiple times—in the actual ‘60s themselves of course, then in follow-on scenes like the Paisley Underground and Elephant 6, etc—but that doesn’t make any of this any less pure or less interesting. It all just comes round again.

Spirit Kid’s Emeen Zarookian is one of the least cynical people you’re going to meet when talking about what feels right with his music. He admits right up front that his latest album “Is Happening” (which celebrates its release Friday at Great Scott with special guests Spirit Kid drummer Andy Sadoway and Pretty & Nice) isn’t going to break any new ground. It’s a sentiment uttered from the outset with the youthful vocals, Kinks meet Apples in Stereo’s guitar-splosion of “Everything is Old.” As far as he sees it, people just like what they like, and when it comes to ‘60s music—specifically well-constructed, high energy pop music with great singing and chord changes—he’s definitely happy doing his thing.

“It seems like people are often influenced [by] what came right before them, and I think that’s totally cool,” says Zarookian, hinting towards the current crop of influences du jour kicking around on the indie scene. “But I think people forget that a lot of that music is really great and has a special energy to it. I’m sure in the late ‘60s people got really sick of that stuff. They had been hearing nothing but blues form for ten years and they wanted to do something different, and they did it and that’s great, but I think you can listen to all of that stuff and have it be intellectual and interesting.”

But don’t get the impression that “Is Happening” just gives up on trying to do anything new—because it definitely doesn’t. The fresh ideas swirl all around the requisite period details in the same way that an interior decorator would carefully oscillate between different styles. Some tracks are straight-ahead, like the explosively effervescent “Slow It Down” (I’d be afraid to hear it sped up!). Others hint at the contemporary, yet obtuse pop experimentation of a band like Destroyer, such as “Miss Communication Breakdown,” which juxtaposes sections with different tempos, tones and textures. Kooky intuition. It’s all the more impressive that it was all recorded on tape.

“We ended up keeping a lot of things that were mistakes,” says Zarookian of the album’s myriad charms and foibles. The album was recorded over the bulk of 2013 with co-producer Jeremy Mendicino (Pretty & Nice) on drums and Zarookian on essentially everything else. “The tempos weren’t perfect, the parts weren’t perfect, and we ended up keeping long performances because that’s kind of how you do it. It ends up being cooler, I think.”

The release of “Is Happening” is a big step for Spirit Kid, who haven’t released a full-length album since their 2010 debut (there have been a splendid splattering of EPs and singles in the interim). And although this new record takes a major leap in terms of fidelity and cohesion, there is no doubt that it still keeps the “rambunctiousness” of the lo-fi spirit. Rock ‘n’ roll after all, must be not just heard but also felt. “I really don’t see a lot of bands doing what we are doing around here,” says Zarookian, reflecting on everything that is special about staying true to the classic pop virtues of hooks, riffs, changes, lyrics and melody. “When I was at SXSW I heard a million bands, but I realized that I wasn’t hearing any music that had chords in it. Finally we were walking by a band and I heard a minor-6th wasn’t just making tripped out noise or delay—and I was like WHOA!”

Perry Eaton writes for Boston.com. Perry Eaton talks on the radio with me from time to time. Today, he talked to me about what he’s been listening to and some upcoming shows and festivals worth checking out. Click here to read more. END_OF_DOCUMENT_TOKEN_TO_BE_REPLACED

In some ways, Palehound has always had a home in Boston. END_OF_DOCUMENT_TOKEN_TO_BE_REPLACED

Kal Marks is the kind of band that sneaks up on you. Whether you’re experiencing them at some basement show in Allston, or in an opening set for Pile at Great Scott, you may not see them coming, but they’ll immediately click. The combination of heavy sludgy riffs and lead singer Carl Shane’s unique crooning bowls you over. It’s dark and it’s compelling, but most importantly, it’s really earnest. END_OF_DOCUMENT_TOKEN_TO_BE_REPLACED

It’s not very often that some of the most talented performers in Boston are set to grace the same stage in a single night. This Sunday marks the 1 year anniversary of Mind Spray, a local hip-hop open mic and showcase series devised by promotion and booking company The Brain Trust. END_OF_DOCUMENT_TOKEN_TO_BE_REPLACED

There’s been a lot written about Street Dogs evicting a group of neo-Nazis from the pit at their House of Blues, Anaheim show on St. Patrick’s Day. You don’t need to read any of it. Just listen to front man Mike McColgan tell the story. He talks about joining his old band, Dropkick Murphys, on stage in Boston last week, too. END_OF_DOCUMENT_TOKEN_TO_BE_REPLACED

It’s not her best. END_OF_DOCUMENT_TOKEN_TO_BE_REPLACED

When in Nashville, do as the locals do. Since relocating to Tennessee a few months ago, this seems to have been Steven Tyler of Aerosmith’s approach after announcing in an October Twitter Q&A session that he intended to record a country album, an endeavor he’s well in the process of completing. END_OF_DOCUMENT_TOKEN_TO_BE_REPLACED

“I’m Shipping Up To Boston” just turned ten years old. Boston.com’s Matt Juul put this piece together on the history and significance of the Dropkick Murphys song, then joined me in studio to talk about it. END_OF_DOCUMENT_TOKEN_TO_BE_REPLACED

Boston is a city known for it’s Irish heritage, and it’s celebration of it. Two main traditions have held strong in Boston: the St. Patrick’s Day Breakfast and subsequent Parade. But I argue there is a third now: seeing the Dropkick Murphys at the House of Blues during their multi-night March Residency. END_OF_DOCUMENT_TOKEN_TO_BE_REPLACED

Sure, you might see a punk show on Monday and a chillwave band on Thursday and so on, but usually you favor one sound over another because you’re a busy bee and time is honey. It’s been the same for years, and the Prefab Messiahs can vouch. END_OF_DOCUMENT_TOKEN_TO_BE_REPLACED