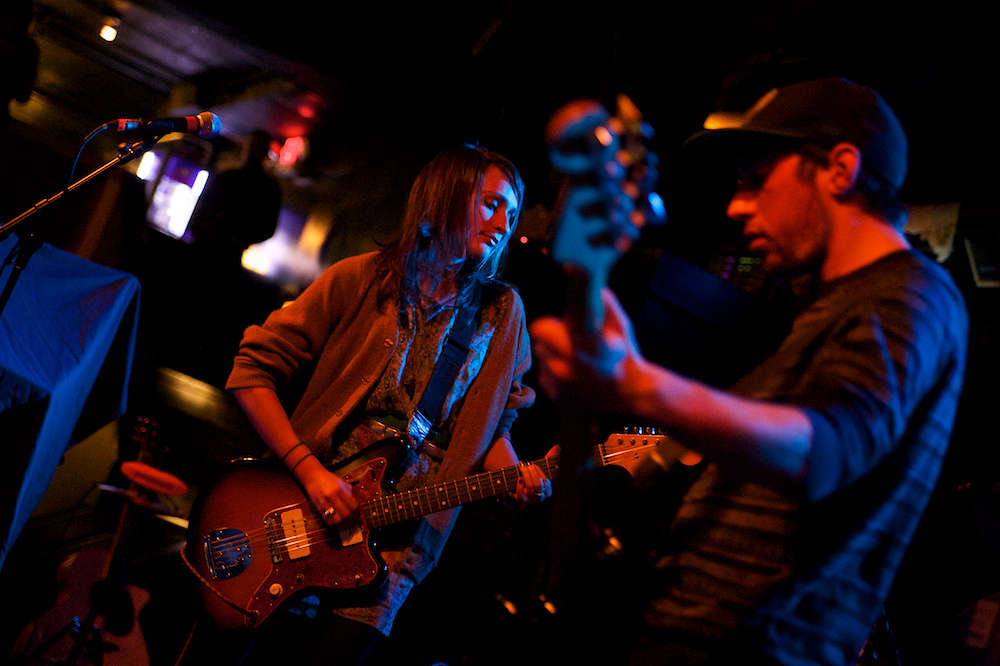 What’s better than rocking out hard? Rocking out hard while cramming a delicious burger down your gullet, of course. This Saturday, you finally have the opportunity to do just that. You can also rock out for a good cause on Sunday, or just rock out for selfish reasons on Thursday or Friday, see if we care.

Brit rockers Arctic Monkeys has been dominant on radio waves the past few months, riding the waves of its latest standout album “AM.” Now the band will cross the pond to play Agganis Arena with special guests Deerhunter (7:30 p.m., $33.50-$40, all ages). If you plan to go, or even if you’re not going to make it, be sure to hit up RadioBDC’s pre-party at The Paradise too. To swap powerchords for dance riffs, local Ethiopian pop collective Debo Band is still cooking through its winter residency at Lizard Lounge with help from a DJ set by Ultratumba (9 p.m., $10, 21+). At O’Brien’s, local rockabilly punks Civil Warblers will be joined by Portland, Maine’s Old Soul (with Vundabar and Derek Teichert; 9 p.m., $5, 21+).

Florida emo revivalists You Blew It! recently released its latest album “Keep Doing What You’re Doing,” and will be at the Cambridge Elk’s Lodge to front a massive bill (with Prawn, Crying, Maura, and Chalk Li; 7 p.m., $10, all ages). To celebrate a couple more new albums that are emanating from Boston, head to The Sinclair where locals Girls Guns and Glory and Sarah Borges will team up to launch their respective new records out into the world (with Swinging Steaks and Lyle Brewer; 8 p.m., $12, 18+). If you’re looking to get on the good foot and do the bad thang, head to House of Blues, where New Orleans funk all stars Galactic will be layin’ it down with the help of the screaming eagle of soul himself, Charles Bradley (7 p.m., $27.50, all ages). For a more electronic experience, Brooklyn multi-instrumentalist duo Darkside will be at the Paradise (with High Water and Children of the Light; 8 p.m., $20, 18+).

Seems like just yesterday that Northampton punks Speedy Ortiz released its killer debut “Major Arcana,” but the quartet is back already with an EP called “Real Hair.” The band will celebrate its release with a show at Tasty Burger in Harvard Square that will also feature sets from The Channels, Sneeze, which is also releasing a new album “Wilt,” and Idiot Genes (8 p.m., $5-10, all ages). If you’re already in Harvard Square and get shut out of the Speedy show (because it will probably sell out), do yourself a favor and check out Japanese trip-hop duo Cibo Matto at The Sinclair (with Salt Cathedral; 8 p.m., $20, 18+). For some adventurous listening, head to Inman Square and celebrate the 5th birthday of Weirdo Records, featuring live comedy, DJ sets, and a live set from JP-based 14-piece Ennio Morricone cover band Tredici Bacci (7 p.m., $7, all ages).

Don’t snooze on Sunday, because legendary local punk band Mission of Burma will be at the Regent Theatre to play a benefit for Somerville Local First along with MiniBeast and Bugs and Rats (7 p.m., $22-27, all ages). Punk is also alive across the river, both at Great Scott, where Nice Guys will team up with Speedy Ortiz side project Dead Wives to lead a sick local bill (with Chandeliers and Flat Swamp; 9 p.m., $8, 18+), and at O’Brien’s where Reno psych-punks Jack of Heart pays a visit to Boston (with The Monsieurs, Gymshorts, and Thick Shakes; 8 p.m., $10, 21+).

Enter to win tickets to see Trio Da Kali at The Villa Victoria Center of the Arts (Newton, MA) on April 10th. END_OF_DOCUMENT_TOKEN_TO_BE_REPLACED

END_OF_DOCUMENT_TOKEN_TO_BE_REPLACED

Enter to win tickets to Rhye at The Paradise on February 28th. END_OF_DOCUMENT_TOKEN_TO_BE_REPLACED

END_OF_DOCUMENT_TOKEN_TO_BE_REPLACED

Enter to win a pair of tickets to attend The Hess Collection Seminar and Dinner as part of Boston Wine Festival 2018 at the Boston Harbor Hotel on Wednesday, March 14th. END_OF_DOCUMENT_TOKEN_TO_BE_REPLACED

Her new album has been pushed back, but we have Kimbra’s new single for you. END_OF_DOCUMENT_TOKEN_TO_BE_REPLACED

The folk duo returns with a new record this week. END_OF_DOCUMENT_TOKEN_TO_BE_REPLACED

Now that we’re done looking back at 2017, let’s look ahead at 2018. END_OF_DOCUMENT_TOKEN_TO_BE_REPLACED