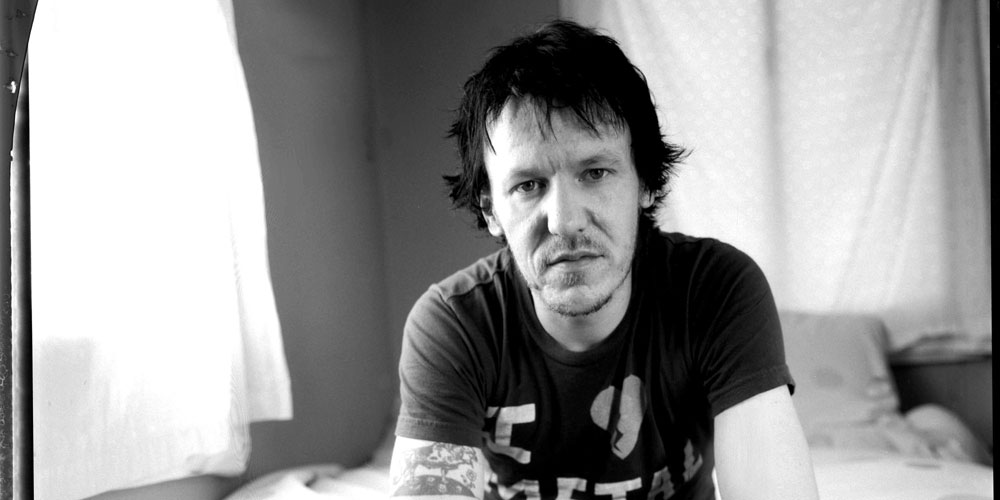 In the wake of the heated opinions, questions, and various think-pieces published in reaction to the Mike Doughty/Elliott Smith EDM recordings released online earlier this week, the exact origin of the recordings remains somewhat shrouded in mystery, or perhaps purposeful obfuscation.

When BDCwire approached the subject earlier this week, we took great care to only ask unanswered questions implied by Doughty’s present day talking points about the recordings versus the ones he wrote in 1997, in more detail, during the sessions themselves. The takeaway question of that piece was, “Were these Elliott Smith vocals recorded by producer Tchad Blake for the Soul Coughing ‘El Oso’ album?”

We checked in with ex-Soul Coughing bass player Sebastian Steinberg, and the answer to that question is a resounding yes. “The origin of the recordings was a day at Sunset Sound Factory during sessions for ‘El Oso,'” he told BDCwire. “Confirmed by Tchad Blake.”

Reviewing Doughty’s scant description accompanying these songs in light of Sebastian’s information, it now seems more likely Doughty was omitting the precise context of these recordings in order to strengthen his notion that “this is a collaboration Elliott and I.” Knowing that these vocals were indeed part of the “El Oso” recordings, coupled with the description of the session’s intent as Doughty explained it in 1997, the assertion that these songs represent a strict collaboration between Doughty and Smith (“this is the form we intended”) seems significantly removed from the plain facts of the matter.

This also brings up the questions of why Doughty neglected to credit Tchad Blake as the producer of the Smith vocal recordings, whether this present day usage would be allowed by whatever Warner Brothers Records contract was applied to the “El Oso” sessions, and whether the fact that the lyrics and melody on ULL’s “The Record” is nearly identical to Smith’s “Bottle Up and Explode!” is of any interest to DreamWorks Records.

Meanwhile, Portland, Ore., alt-weekly Willamette Week was able to engage Doughty in an email Q&A to clarify the details surrounding the recordings. The aforementioned BDCwire article is brought to Doughty’s attention and summarized for him, as he declined to read it. “Forgive me for not clicking on the link and reading the piece,” Doughty said, “I try my damnedest to stay away from any writing about the music.” An excerpt of the Willamette Week Q & A in reference to the BDCwire article:

Doughty: I don’t remember how exactly we thought it was going to come out. I had ideas for things like white labels and mixtapes that came to naught, but I don’t remember what he and I discussed.

If only he had taken the time to read the article, his memory might have been jogged by his own words from 1997, reprinted in the piece, in which he gives the plain description, “we persuaded him [Smith] to come down and play a few songs that we [Soul Coughing] might sample. The idea was to get a melody that went through the entire curve of an Elliott Smith song – strange turns and curveballs – in under 30 seconds.“

WW: That same piece BDCwire piece wonders if this is part of your attempt to distance yourself from your ex-bandmates in Soul Coughing. What is your reaction to that assertion?

Doughty: Oh, gosh, that’s super weird to hear. I don’t think this could’ve been brought to fruition as part of a Soul Coughing recording, in terms of the way the band worked. There were a lot of things I tried during those particular sessions, stuff I wanted the band to do, that failed, and this was one of them.

In the end, it’s important to remember that this isn’t a testimony to Congress over the whereabouts of nuclear warheads. However, music is precious to people, Smith’s especially, and maybe there is a cause for uproar when new collaborations are released where one half of the collaborators are deceased, unable to sign off on the new work. By all accounts, whatever Smith believed he was helping the band Soul Coughing with in 1997, he probably didn’t imagine it would’ve sounded like these UUL songs (they bare no resemblance to any of the material on “El Oso,” Smith’s vocals are the centerpiece of all three of these ULL songs wherein samples in Soul Coughing songs were often integral, but not the centerpiece of the song).

Remix culture is a beautiful thing. The mashup of Jay-Z’s “99 Problems” with Jimi Hendrix’s “Voodoo Child” is one of the most thrilling five-minute musical experiences you can have while blaring the track and driving swiftly down the highway. It’s easily discernible from these UUL songs, though, in that Dj TimG isn’t claiming that this is his collaboration with Hendrix and Jay-Z. If Doughty had simply released these ULL songs with the disclaimer that they were initially recorded for samples for a Soul Coughing album and he recently had some fun messing around with them, there would have likely been little uproar.

There were two moments during the ’90s that brought issues of posthumous collaborations to the forefront of popular culture. The first was The Beatles’ track “Free as a Bird,” in which an unreleased John Lennon song was used, with permission from Yoko, to build a new song with the help of the remaining, living Beatles. That song won a Grammy that year. Later, in 1997, the Dirt Devil vacuum company created an ad in which Fred Astaire danced with a cleaning device (instead of Ginger Rogers) after a deal was struck with Astaire’s widow. In response to substantial negative outcry in reaction to the ads, they were removed from the air.

Which of these historical anecdotes seems more akin to the topic at hand?

Enter to win tickets to see Trio Da Kali at The Villa Victoria Center of the Arts (Newton, MA) on April 10th. END_OF_DOCUMENT_TOKEN_TO_BE_REPLACED

END_OF_DOCUMENT_TOKEN_TO_BE_REPLACED

Enter to win tickets to Rhye at The Paradise on February 28th. END_OF_DOCUMENT_TOKEN_TO_BE_REPLACED

Her new album has been pushed back, but we have Kimbra’s new single for you. END_OF_DOCUMENT_TOKEN_TO_BE_REPLACED

The folk duo returns with a new record this week. END_OF_DOCUMENT_TOKEN_TO_BE_REPLACED

Now that we’re done looking back at 2017, let’s look ahead at 2018. END_OF_DOCUMENT_TOKEN_TO_BE_REPLACED

Our first Song of the Week for 2018. END_OF_DOCUMENT_TOKEN_TO_BE_REPLACED

In a year when so many things were off, the music was right on. END_OF_DOCUMENT_TOKEN_TO_BE_REPLACED