Sorry Easter, History Shows Us That Rabbits Are Jerks 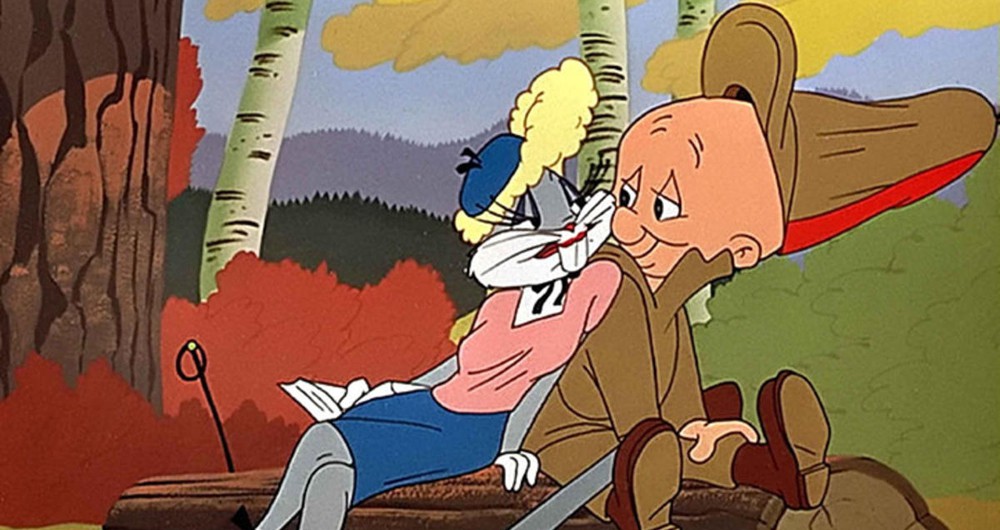 Easter is a weird holiday. Ostensibly, it is an old pagan fertility ritual that celebrates the resurrection of the lord and savior of a plurality of the word’s population. Does that seem too complicated to explain to kids? Just tell them that they’ll get candy (mostly egg-shaped candy) delivered by a giant, egg-laying mammal. A platypus? No, that’s a mammal that actually does lay eggs. Tell them it’s a bunny. The Easter Bunny. Kids will believe anything.

It’s true. The Trix Rabbit is a thief (and an incompetent one at that).

And Bucky O’Hare is a joyless, humorless, toad-hating bore.

It doesn’t end there, either. Not even close.

Remember Rabbit from Winnie the Pooh? Total jerk. When he’s not complaining, he’s inviting over a friend (who is a BEAR!) and then gets mad that the bear gets stuck in his rabbit-sized door. Then he blames the bear for being fat! Bears are bigger than rabbits, Rabbit. If you can’t accommodate your bear friends, don’t invite them to your rabbit house.

Also a jerk is Benny the Rabbit. Added to the Sesame Street roster in 1991, Benny the Rabbit is a disgruntled bell-hop. Sure, it’s not a great job, but lashing out at your guests isn’t going to win you any sympathy. No wonder the character only appears sparingly.

What about B-Rabbit from 8 Mile? Wasn’t he a good guy? Rapping for all those needy people? No. He’s Kipling for millennials.

Noid from Domino’s Pizza? Here he is on a pizza-crushing pogo stick in 1986.

As for Bugs Bunny – well, even if we ignore his condescending attitude and compete disregard for parks departments worldwide – you can’t honestly watch this and not wonder if he suffers from a murderous psychosis.

So there you have it. Rabbits are jerks. Happy Easter!

This should never have happened. END_OF_DOCUMENT_TOKEN_TO_BE_REPLACED

I spend far too much time on Twitter. Here’s a handful of posts from last year that I found to be entertaining on one level or another. Enjoy. END_OF_DOCUMENT_TOKEN_TO_BE_REPLACED

Apologies in advance for burying this in your skull forever. END_OF_DOCUMENT_TOKEN_TO_BE_REPLACED

If you like cover songs, you’re gonna love this. And by love, we mean probably hate. END_OF_DOCUMENT_TOKEN_TO_BE_REPLACED

Whether you celebrate the unofficial beginning of summer on Memorial Day weekend, or Meteorological Summer on June 1, or the Summer Solstice, make no mistake: summer is here. END_OF_DOCUMENT_TOKEN_TO_BE_REPLACED

The nu-metal mainstays have covered the unlikeliest of songs. END_OF_DOCUMENT_TOKEN_TO_BE_REPLACED

Ladies and gentlemen, from the far-reaches of the internet, I present to you…La Boing Boing Rock Band. END_OF_DOCUMENT_TOKEN_TO_BE_REPLACED