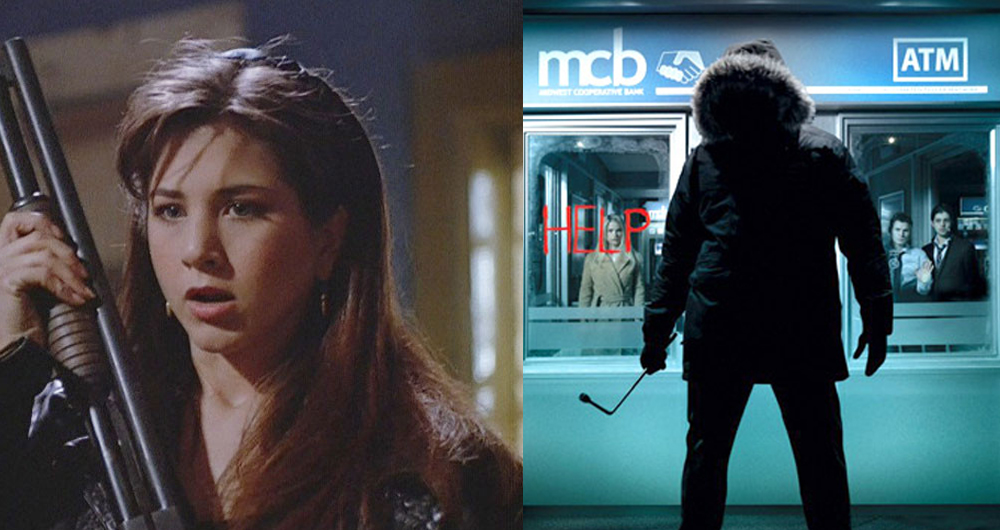 Last week we rounded up some of the most refined and classic horror movies currently streaming on Netflix, but that’s not to say we don’t enjoy those horror features so woefully underproduced and botched that they almost transcend their badness into something, dare we say, genius.

Sure, these flicks might not guarantee you any legitimate scares, but their hackneyed acting, little direction and outrageous plots will undoubtedly offer some scoffing enjoyment.

Killer yogurt snack doubles as a parasitic organism that eats your face after you eat it.
Stitches the birthday clown dies and then comes back to life to seek revenge on the partygoers who caused his death by tying his shoelaces together, and in turn causing him to trip and fall on a kitchen knife. Ouch.
Vengeful ghost of a nun terrorizes the former catholic school girls who caused her death. Watch someone get crucified.
“Saw” but in a remote, glass-enclosed ATM booth.
You can’t just sail to the top and all of the sudden be Magnum P.I. Tom Selleck had to do ‘Daughters of Satan’ first. Look at that mustache run!
A 600-year old Leprechaun goes on a killing rampage after his precious pot of gold is “stolen”. All he wants back is his gold and he won’t stop killing until he gets every last bit of his coins. Watch Jennifer Aniston’s luck run out.