Slamming Dr. Dog for not changing? Why the band shouldn’t 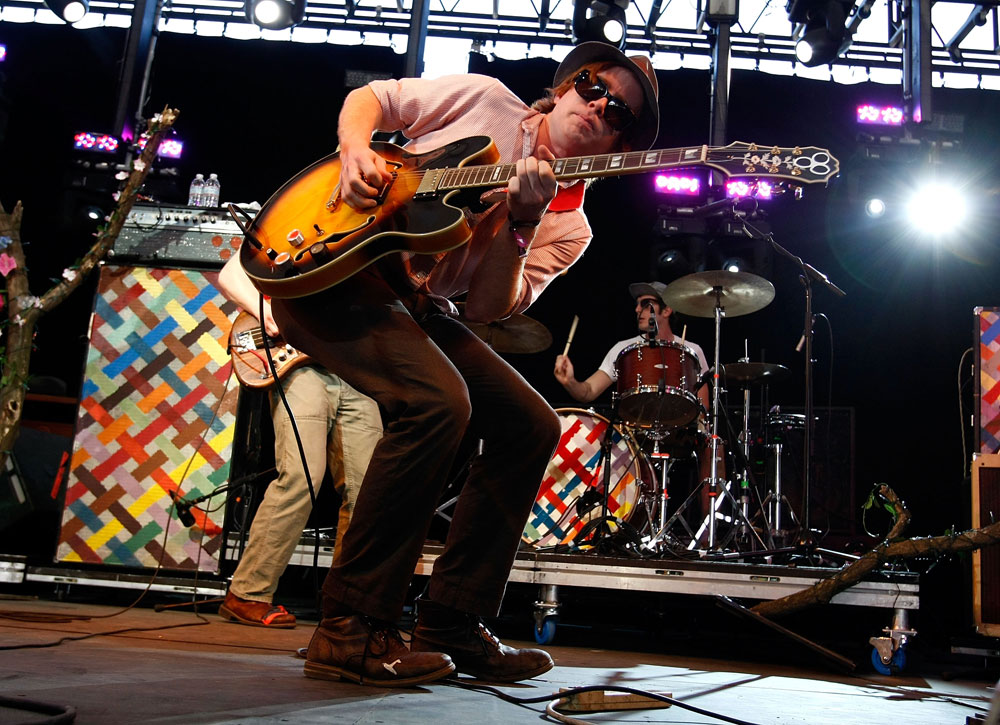 Dr. Dog has a new album out called “B-Room” and it’s been met with generally favorable reviews. Thing is, the Philly group just put out a record last year called “Be The Void,” and this year’s musical offering sounds an awful lot like that one: the soulful wailin’, the ‘60s rock and pop tropes, the bouncy, good-time vibes, the Brian Wilson-esque harmonies. Hey, while we’re at it, you can find all that on 2010’s “Shame, Shame,” which, wait a minute, sounds a lot like 2008’s “Fate”… Alright, so this is a band that has largely made a career out of putting out more of the same. But while some circles claim this is the group’s weakness, they’re wrong. It’s their greatest strength. Before Dr. Dog plays House of Blues on Thursday, we take a closer listen.

Look, I like this band far too much to be super objective when writing about them so a review this ain’t. I know I’m not going to convert anyone here, and I’m not trying to. But I’ve been thinking a lot about the whole “they’re just doing the same thing over and over” critique, and how it’s seen as lazy and inherently bad if a band doesn’t change its sound from album to album. Over at Pitchfork, Harley Brown wrote,  Dr. Dog “don’t seem remotely musically curious” and have “rarely made music with any real sense of urgency or ambition,” instead “scraping the bottom of a barrel of older influences.” Harsh, bro.

But still, I agree, and I think they should keep doing all that.

I’ll admit that when it comes to music, I’ve been wary of change to a fault. Time was, I had a habit of hating on bands outright if they took a big step in a new direction with their sound because I didn’t have the balls to try something new. I ignored a lot of great music for arbitrary reasons. Had I been alive and listening to the Beach Boys during the ‘60s, I’d have gotten to “Pet Sounds” and quit halfway through, wondering where the fuck all the songs about cars and surfing went. I’ve since come to see this way of thinking as a huge mistake and, like Dr. Dog says, I don’t ever want to go back to my old ways. But I will revisit them once in a while — in the form of a much-loved record.

Dr. Dog doesn’t change. They are a constant. For about a decade now, Scott McMicken and Toby Leaman have whipped up catchy collections of songs that — and there’s no denying this — have a lot of similarities to one another. The shoe fit from the moment they put it on and they’ve simply never thought about taking it off. They’ve never done an album that was so radically different from the last one that it rattled their fanbase. They’ve never taken a leap into strange new territory that seriously challenged listeners. That’s why they won my stubborn heart. If I like them because they play into the very listening habits I’m trying to rid myself of, then so be it. When I come back from some weird listening tangent, when some hyped-up band’s sophomore effort disappoints, or when an old favorite decides to switch gears and make a shitty and misguided electronic album, Dr. Dog is there, same as ever, doing what they do best, and it’s comforting, grounding, necessary. Everyone needs a band like this. If anything goes wrong, Dr. Dog will be my security blanket.

It wouldn’t make sense for these guys to change things up at this point, so why rag on them for being predictable? They aren’t made for the world of hip music blogs, where the shiny and the new are paraded around until there is something shinier and newer. That’s the kind of environment that encourages gimmicks and changes made just to grab attention, and, while change is good, any change that is forced rather than organic isn’t good — it’s just phony. But the general consensus among music critics seems to be that if you do eight albums in the same vein, you’re on some kind of lower tier artistically. You’re AC/DC. What’s the message here? Both staying true to roots and gambling on something new can screw you — really, it’s a lose-lose situation. Dr. Dog knows that game is rigged, but you cannot lose if you do not play, so it is doing its own thing. For “B Room,” the bandmembers built themselves a studio and space they could hole up in, a place where they could foster what Ryan Bray over at Consequence of Sound called their “insulated musical intuition,” a place where they could delve further into their world and their sound and say, fuck the haters, we’re gonna do what we do best, which happens to be the same thing we’ve been doing all along.

And if you listen, each Dr. Dog outing is subtly different from the last. On “B Room,” the musicians tracked most stuff live, unlike the past, when they fell madly for studio overdubs. In addition, “Too Weak to Ramble” marks the first time McMicken and Leaman sat down, just the two of them, gave an intimate acoustic performance, and put it on a record. But everything that makes a Dr. Dog album is present in spades, from the bouncing bass and piano to the layered harmonies and spaced-out lyrics.

Jamaica Plain local legend Rick Berlin, who opened for Dr. Dog last time they were in town, once told me that “Dr. Dog lives at the top of Music Mountain.” I couldn’t find a better way to sum up my appreciation for them. They got up there by being consistent and true to themselves. Don’t mistake that for being lazy.

Enter to win tickets to see Trio Da Kali at The Villa Victoria Center of the Arts (Newton, MA) on April 10th. END_OF_DOCUMENT_TOKEN_TO_BE_REPLACED

END_OF_DOCUMENT_TOKEN_TO_BE_REPLACED

Enter to win tickets to Rhye at The Paradise on February 28th. END_OF_DOCUMENT_TOKEN_TO_BE_REPLACED

Her new album has been pushed back, but we have Kimbra’s new single for you. END_OF_DOCUMENT_TOKEN_TO_BE_REPLACED

The folk duo returns with a new record this week. END_OF_DOCUMENT_TOKEN_TO_BE_REPLACED

Now that we’re done looking back at 2017, let’s look ahead at 2018. END_OF_DOCUMENT_TOKEN_TO_BE_REPLACED

Our first Song of the Week for 2018. END_OF_DOCUMENT_TOKEN_TO_BE_REPLACED

In a year when so many things were off, the music was right on. END_OF_DOCUMENT_TOKEN_TO_BE_REPLACED