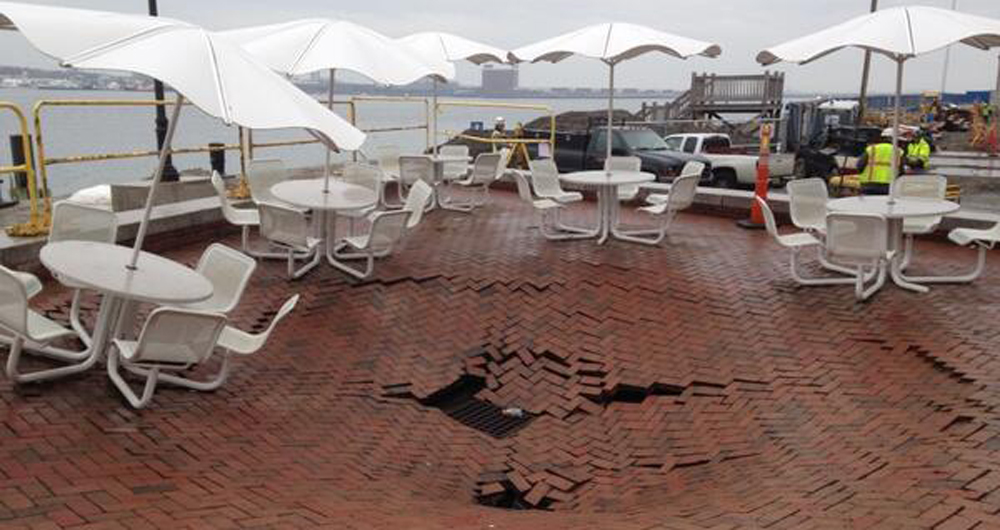 In my day, we had to catch the last T at 9 p.m., or we walked home. When I was coming up, gentlemen asked if a lady wanted some post-coital water or pudding. When I was wee, we only got hot dogs on game day, and we had to read the news ourselves if we wanted to seem smart at the bar. We didn’t have these new fangled Internets to do it for us. Kids today.

The T will start running late night weekend service on March 28, and Boston food trucks will have extended hours (til midnight) starting April 1, so you’ll have some food to sop up all the Long Island Ice Teas sloshing around in your small intestine. Ah, to be young in Boston!

Keith Richards is working on a children’s picture book, which will undoubtedly star an anthropomorphic line of cocaine.

Taking into account that the snowpocalypse, cut-throat space saving, endless parking tickets, and all the crazies on the road make it far too easy to drive in Boston, MassDOT announces that it will hike registration and inspection fees, giving Masshole drivers just one more reason to smile and wave their middle fingers.

Worcester Polytechnic Institute is investigating its fraternities because female students complained that, after having sex with a frat boy, his “brothers” ran in and poured water on them or pelted them with ice or pudding (the reports did not indicate what flavor it was). Just in case there’s any confusion among our athletically inclined readers: Normal people don’t want ice cold liquid poured all over them after they “score.”

Officials may be closing in on the wreckage of the mysterious Malaysian Airlines flight, with reports it may have gone down in the Indian Ocean. So, doff the tin foil hat and don’t bring up those alien/NSA/mini black hole/Bermuda Triangle theories at the bar if, you know, you want people to talk to you.

Five of the six Red Line attackers have turned themselves in to Transit Police. No word yet on where the missing guy is, but if we had to guess, we’d wager he’s on the lam in Santa Monica.

The Red Sox win city approval to open a hot dog stand on Lansdowne Street when the team isn’t playing, so that clueless tourists who visit Fenway on the wrong day can eat away their pain and whatever animal byproducts go into Fenway Franks these days.

SXSW ought to officially add “outlaws” to its music/film/tech portfolio. First, former NSA contractor and government secrets leaker Edward Snowden video-conferences with geeks at the conference in Austin, then Justin Bieber kicks off his video deposition tour with an intimate performance at Banger’s Sausage House.

There is a sinkhole in South Boston, forming a crater that’s devouring the brickwork behind the Moakley Courthouse. Your weekly pickup line is the end-of-the-world angle. “In these troubling times, wouldn’t you like to have someone to grab onto, in case the ground suddenly gives?” or, “Which is worse: Me, or falling through a hole in the earth?”

While many have called out Davis since a video of her refusing to issue a marriage license to Rowan County residents David Moore and David Ermold went viral in July, relationship columnist and gay activist Dan Savage went a step further on MSNBC Tuesday night, saying that “this is about someone hypocritcally looking to cash in”. He added: “And she is a hypocrite.” END_OF_DOCUMENT_TOKEN_TO_BE_REPLACED

END_OF_DOCUMENT_TOKEN_TO_BE_REPLACED

David Filipov was part of the team that headed up the Boston Globe/Fox25 Olympic Debate last night. He offered his takeaways and analysis after an update on the latest exchange between Governor Baker and the USOC. All in all, our conversation does a pretty good job of getting you up-to-speed on all things Boston2024. END_OF_DOCUMENT_TOKEN_TO_BE_REPLACED

END_OF_DOCUMENT_TOKEN_TO_BE_REPLACED

Taxi driver Victor Perez Cardona didn’t want the traditional coffin for his wake. Instead, he wanted to be in his cab.
END_OF_DOCUMENT_TOKEN_TO_BE_REPLACED