Should I Leave the House Today? 5 Reasons to Go to the Movies Before Summer Ends 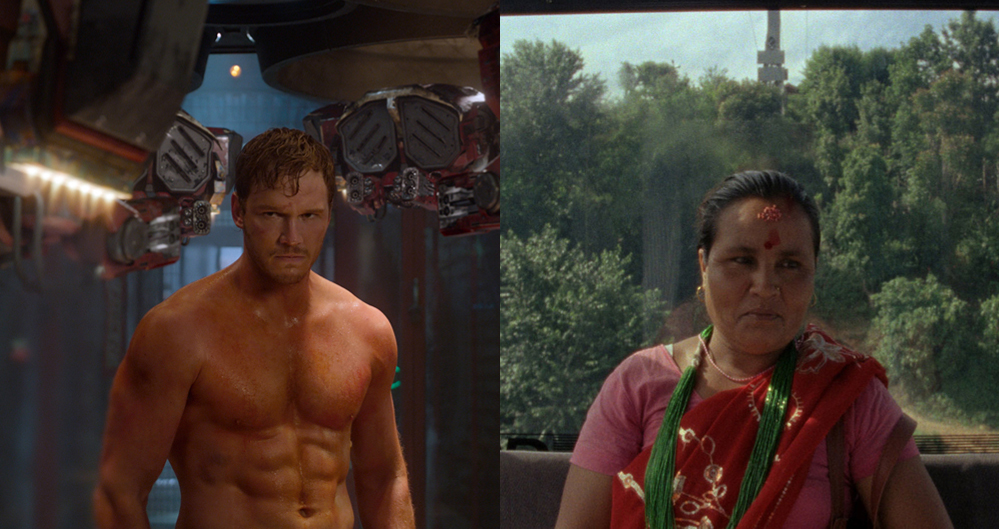 Traditionally, the end of the summer isn’t the most exciting time to go the movies. The big-budget blockbusters have already come out, and the early fall Oscar bait is still weeks away. Plus, you live in Boston. It’s still nice out (and won’t be for long), you might be moving or helping someone move this week, and of course, there’s Netflix. So why go to the movies this week? Here are a couple scenarios in which you could reasonably find yourself that you can remedy with a quick trip to your local theater:

The film stands on its own as exciting and funny, and full of charming and interesting characters you’ll have fun rooting for. A ton of people have seen it, so you can start a conversation based on it pretty easily. And if you run into a big comic book fan, you’ll have a simple enough primer to be full of relevant questions your conversation partner can answer with confidence. It’s still playing at most of the bigger chain theaters in the area. It’s basically “Return of the Jedi” except every main character is Han Solo.
This is a fun but frustrating movie. The brewing civil war within the evolving ape society is fascinating. We see a little bit of it. Then we see fifteen minutes of soulless humans explaining that electricity is important for cities. Or that death is sad. Then back to the apes for palace intrigue and army raising and actual conflict. The irony, of course, is that the apes are CGI-produced and the audience (nearly 100% human) is far more emotionally engaged with them than with the autopilot performances the human actors give. It’s still playing at the Common.
An official selection of too many festivals to list here, this film consists of a series of 11 ten-minute- long still shots (or 11 400-foot rolls of 16mm film) of passengers riding a cable car up or down a mountain in Nepal. The landscape captured on the film is gorgeous, and watching the passengers ride from the point of view of their opposite seat gives you the intimate feel of riding with them. But it’s the simple and honest feeling of sharing transportation with strangers, not any kind of narratively structured romantic version of travel – you don’t know them or root for them. You just see and hear pieces of conversation and body language. It’s like riding a bus, but up a mountain, and you don’t have to avert your eyes from those of strangers, and you can’t look at your phone, because you’re in a movie theater. It’s playing at the Brattle Theater in Harvard Square on Thursday, August 28 at 4:30, 7:00, and 9:30 p.m.
Go see “Ghostbusters.” Bring up the movie in casual conversation. Ask people about when they first saw it. Then you say, “Oh, Ghostbusters? Yeah, I saw that in the theater.” Laughs ensue. Everybody wins. Its 30th anniversary re-release is playing widely, but I’d see it at the Somerville Theater, where it opens on Thursday, August 28, and then continues to play all weekend.
I actually don’t know a good reason to see this movie. I haven’t seen this movie. I’m not going to see this movie. I did watch the trailer. I got the impression that the people who made the trailer knew I would know who the characters are. And I do. I see April O’Neil takes cell phone videos, like a real modern-times reporter. It’s important that movies about mutant sewer-dwelling reptiles have that splash of realism and contemporary cultural criticism. (Print media! Print media!) If you’re seriously looking for when and where this is playing, please tell everyone it’s for “research.”