Should a good teacher flunk for sexy photos? Absolutely not 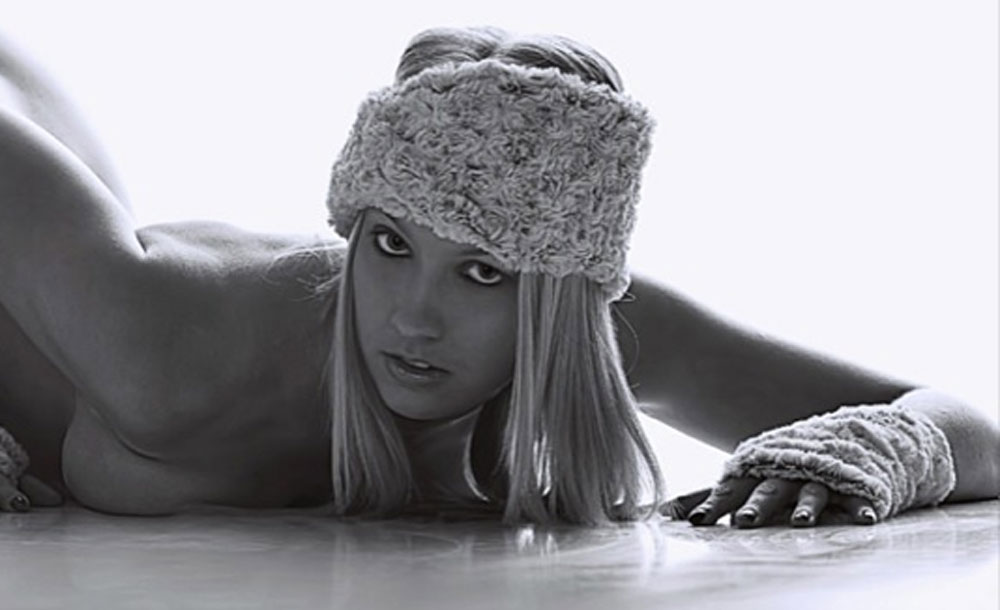 A Fitchburg teacher’s aide and part-time model was placed on paid administrative leave yesterday, after an anonymous tipster delivered a package containing semi-nude photos to school officials and The Sentinel & Enterprise with a note that read, “Can you believe that this girl was hired to work with special education children in the Fitchburg schools?!!”

School officials say that Kaitlin Pearson’s administrative leave is not meant to be punitive, but is intended “to assure students’ safety,” presumably because having an attractive teacher can cause blindness in myopic children.

Media coverage of the story has been exactly what you would expect, with local TV news jumping all over the story and humping it. “Is she simply too hot to teach?” CBS news anchor Jack Williams asked. Crystal Haynes used a similar lede in her report for the local Fox affiliate: “Too hot for the classroom? Some Fitchburg parents I spoke to said yes.” It’s not surprising that a medium like television would eat this story up, given all the visuals it provides, but there’s something insincere about flashing risqué photos across the screen and getting sanctimonious about it. Fox viewers were told some of the photos are even “too racy to show,” before watching B roll of Haynes showing the photos to outraged Fitchburg locals, and asking, “How do you like that one?”

Even those who jumped to Pearson’s aid on blogs and in the comments sections on various news websites framed the argument this way, referring to the 23-year-old as “beautiful” and “sizzling.” Psst … you’re not helping.

The issue here isn’t whether Pearson is attractive. If she were hideous and posed provocatively, the conversation shouldn’t be any different, although I doubt television news would cover this story with so much vigor. The real question is, does Pearson’s modeling affect her day job? If she was wearing bikinis in the classroom, recreating her poses in the faculty lounge, or bringing some of her naked friends to South Street Elementary School, the concern would be understandable. But by all accounts, Pearson was a professional and caring teacher who worked a difficult population within the school, in a position that the state has trouble filling. Special Needs teachers have been on Massachusetts’ teacher shortage list almost every year since 1990, according to the U.S. Department of Education.

Do I support Pearson’s modeling career, which objectifies women in the interest of selling motorcycles? Not particularly. Would I do it myself, if I looked like her? No way. But do I believe in her right to do what she wants with her own body when she’s off the clock? Absolutely.

Fox Boston had retired Quincy High Principal Frank Santoro on to bloviate about the issue.

“As a school employee, especially a professional staff member, you should be held to a code of ethics where you strive to meet the highest degree of ethical conduct within your community,” he said.

If these pictures showed her torturing puppies or embezzling money, you could argue her behavior was unethical. But Pearson’s photos don’t hurt anyone, and they don’t prevent her from being an effective educator.

Is it really necessary to challenge this antiquated notion that sex is somehow unethical—even though it pervades everything from the commercial breaks to the outfits on female television anchors? When did we suddenly develop all these scruples? Pearson isn’t really a figurehead (or she wasn’t, before yesterday), but even if she was, nude photos haven’t hurt the careers of other public servants. We’ve all seen former Scott Brown’s pubic hair, and he was still deemed ethical enough to be elected to the US Senate. So, is the outrage because of Pearson’s gender or her (far less public) job?

If Santoro thinks teachers must adhere to the highest ethical standards, then maybe their pay ought to reflect that. According to Salary.com, the annual median income for a teacher’s aide in Fitchburg is $21,743. Nobody goes into public education for the money.

And by all accounts, financial motives are not what’s driving Pearson to model. She hasn’t yet spoken publicly about the scandal, except to post on Instagram, “My life might be perfect[sic], but it’s mine and I will live the way I want too [sic].”

We shouldn’t even be having this conversation anymore. So long as it’s consensual and stays out of the workplace, sex and sexuality shouldn’t be criminalized. Otherwise we’ll all suffer sooner or later. Studies indicate that sexting is on the rise, with one in five adults in the U.S. admitting to sending sexually explicit text messages. That means, statistically speaking, at least one member of the seven-person Fitchburg School Committee is guilty of salacious acts.

When he’s not running BostonTweet (or running the Boston Marathon), Tom O’Keefe is running around promoting Flutter. He was in studio with SumuApp co-founder Daniel Tewfik earlier today to talk about how you can win free rent for a year in Boston. END_OF_DOCUMENT_TOKEN_TO_BE_REPLACED

While many have called out Davis since a video of her refusing to issue a marriage license to Rowan County residents David Moore and David Ermold went viral in July, relationship columnist and gay activist Dan Savage went a step further on MSNBC Tuesday night, saying that “this is about someone hypocritcally looking to cash in”. He added: “And she is a hypocrite.” END_OF_DOCUMENT_TOKEN_TO_BE_REPLACED

END_OF_DOCUMENT_TOKEN_TO_BE_REPLACED

Today, that briefly changed, as the hashtag #TheWorstPartofDepressionIs trended worldwide on Twitter, sparking a conversation on an issue many find difficult to discuss. END_OF_DOCUMENT_TOKEN_TO_BE_REPLACED

END_OF_DOCUMENT_TOKEN_TO_BE_REPLACED

David Filipov was part of the team that headed up the Boston Globe/Fox25 Olympic Debate last night. He offered his takeaways and analysis after an update on the latest exchange between Governor Baker and the USOC. All in all, our conversation does a pretty good job of getting you up-to-speed on all things Boston2024. END_OF_DOCUMENT_TOKEN_TO_BE_REPLACED