Seriously Though, Is ‘Twin Peaks’ Coming Back? 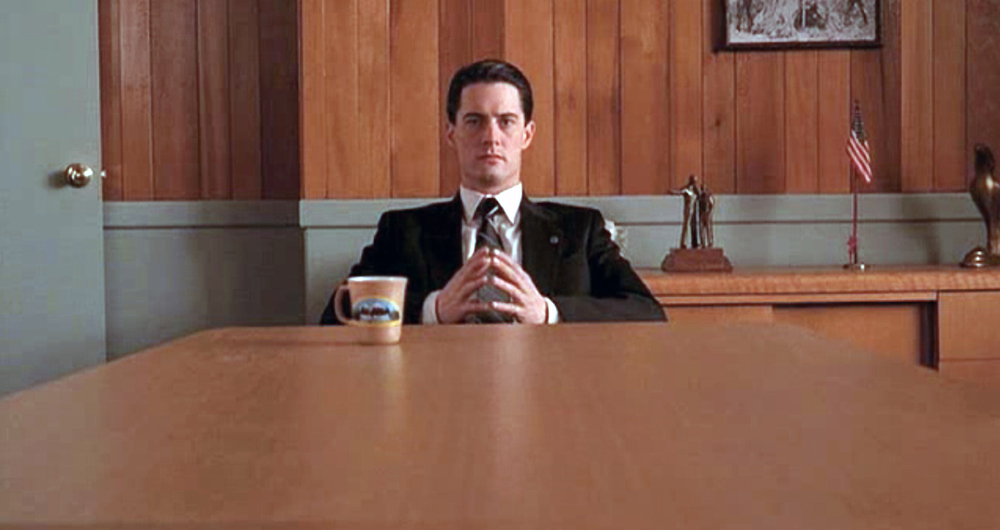 “The gum you like is going to come back in style!” It was the phrase initially muttered in some nonsensical language by a short dancing man, but to “Twin Peaks” fans, it’s all we need to hear from co-creators David Lynch and Mark Frost to ignite another round of speculation for the show’s return to the screen.

Recently, there have been various hints dropped by David Lynch that would lead one to believe that there is more for “Twin Peaks” in the future. Earlier this year, a mysterious casting call was posted for a “Twin Peaks Promo” by David Lynch.  Last year, Lynch even told cast member Ray Wise that a re-boot of the series was not out of the realm of possibility, saying during a gala at the Orange County Museum of Modern Arts, “Well, Ray, you know, the town is still there. And I suppose it’s possible that we could revisit it. Of course, you’re already dead (…) but we could maybe work around that.“

But the owls aren’t always what they seem.

…..Or are they??? Today, Lynch and Frost tweeted the same thing, and “Twin Peaks” fans hopped on it like hyenas:

Dear Twitter Friends: That gum you like is going to come back in style. #damngoodcoffee — Mark Frost (@mfrost11) October 3, 2014

“Twin Peaks” first grabbed audiences with its odd style, outlandish characters, and overlying mystery in 1990 upon its premiere, but has captured the attention of a new younger audience in recent years due to its upload to Netflix. Since then, in typical cult show fashion, fans have taken every cue possible to continuously start up the rumor about its return. Welp, you can classify us as fans. As a matter of fact, if these rumors are true, you might even see us doing some kind of dance like this:

Always a pleasure to have Boston.com’s Perry Eaton in studio for a chat. After we talked a bit about Pearl Jam at Fenway and Perry’s new podcast, he filled us in on Game of Thrones live and Narragansett’s new Bananagrams-themed brew. END_OF_DOCUMENT_TOKEN_TO_BE_REPLACED

When he’s not running BostonTweet (or running the Boston Marathon), Tom O’Keefe is running around promoting Flutter. He was in studio with SumuApp co-founder Daniel Tewfik earlier today to talk about how you can win free rent for a year in Boston. END_OF_DOCUMENT_TOKEN_TO_BE_REPLACED

No, not from afar, from the comfort of her couch. From the actual awards themselves. That’s where Meredith Goldstein was for the Oscars. She shared all the juicy, first-hand details with me. END_OF_DOCUMENT_TOKEN_TO_BE_REPLACED

It was wonderful having our good friend Meredith Goldstein back in studio this morning. She dug into the latest edition of Love Letters, which prompted us to play this song. And of course we had to discuss the Oscars. Make sure you’re following Meredith on Twitter, as she’ll be live-tweeting the awards this Sunday night. END_OF_DOCUMENT_TOKEN_TO_BE_REPLACED

Our first edition of TV Sets for 2016 might be better than every edition from 2015. END_OF_DOCUMENT_TOKEN_TO_BE_REPLACED