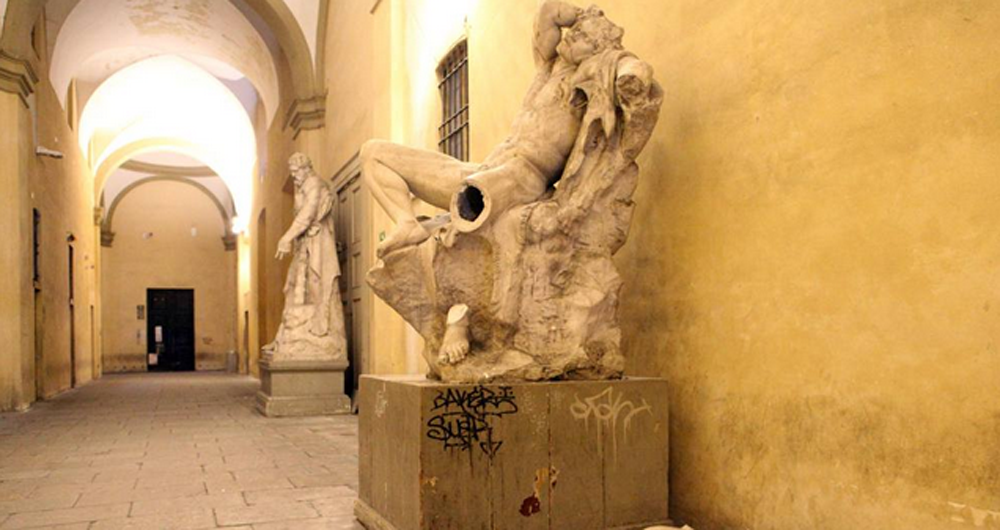 While it has been said that obsessively snapping selfies is a destructive habit, never has the evidence taken to such a literal end.

As Time reports, a student in Milan, Italy, recently gave some ammunition to anti-Millennial hate mongers by breaking the left leg off a 19th century Hellenistic sculpture while taking a selfie. The sculpture is luckily a recreation, but it is not known whether the damage is reparable. The incident, which took place Monday at the Academy of Fine Arts of Brera, was reportedly caught on security camera. There has been no word on whether the student has requested to use the security footage as some sort of incidental meta-selfie; all that is known is that the initial, leg-shattering photo has not yet surfaced on Instagram.

The statue, which depicts the “Drunken Satyr,” is of an animalized human figure in a drunken sleep, which is probably something the student takes selfies with on a weekly basis, so the base urge here is understandable. Just another example of the line between art and life blurring, this time to tragic effect.