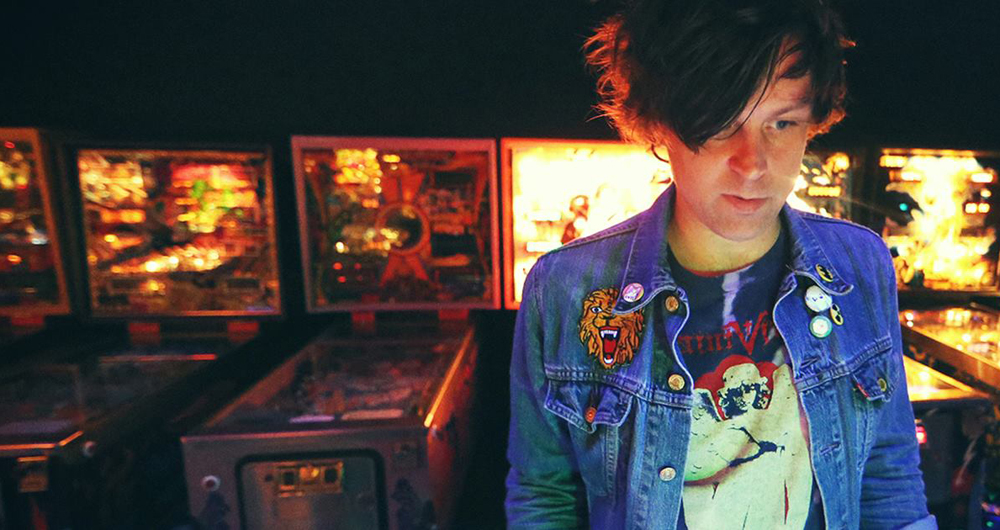 Some long awaited releases this Tuesday, and while some are worth the rediscovery of some tried and true acts, others do little to re-excite. Fear not, there are also some refreshing albums from relative newcomers to check out, and hell, just because we say something doesn’t mean we actually know what we’re talking about, right?

Having produced fourteen albums in about fourteen years, Ryan Adams doesn’t have much to prove to anyone. As a result, his new self-titled, Adams’ first studio effort since 2011, doesn’t prove that he’s looking to prove much of anything. Perhaps that’s OK. The record is solid for sure, but doesn’t do a whole lot to excite past the level of standard adult contemporary. Those who are diehard Ryan Adams fans, of which there are many, will likely be satiated by his continuously maturing ways of songwriting, but those new listeners who might need”Heartbreaker” era hooks to really grasp his sound will likely be left hanging. Adams has often made it his beeswax to stay out of the shuffle of those trying to compare him to one-man folk machines of yore, but his latest does little to put up the same rebellious fight.

-Perry Eaton
Is Interpol still cool in 2014? This is a question the punk revivalists surely must have asked themselves at least once as they recorded “El Pintor,” the band’s fifth studio album. The New York trio first came together in 1997, and while their latest proves they’re still grinding, there’s a sense Interpol feels like it has little to prove 17 years into the game. “All the Rage Back Home,” the lead track off the album, sets the tone for something fresh. But then, the cogs start jamming, and the musical clock starts running backward. The rest of the record is stuck in 2004—sure, it’s the same Interpol that won us over with “Antics,” but then again it’s the same Interpol that won us over with “Antics.”

Sounds Like: A band your friend says you have to listen to—and it you know it’s good and all—you just don’t like it

-John Wiley
Ten years after their debut album “You’re a Woman, I’m a Machine” and just as they had nearly faded from public memory, Death from Above 1979 announced a new album in June. There were a number of go-to reactions to this news: “Fuck yeah!” *shrug* “Oh, they’re still a band? That’s cool.” “Death from Above 1979, who?” Well, regardless of how you reacted, their long-awaited second album, “The Physical World,” is finally here for us to lay our judgment upon. Turns out that ten years wasn’t necessarily worth the wait. The music is as loud, fast, and hard-hitting as ever, but some of the initial novelty of their sound has worn off. It also doesn’t help that some of the songs blur together into one mass of noise, cliched lyrics (“drove all night,” etc.), and nearly cartoonish hypersexuality (“Where have all the virgins gone?”). A few songs, like album standout “Trainwreck 1979” and their best work, are the perfect soundtrack to strutting into a room and driving dangerously. While they can be fun, the fun is mostly fleeting this time around.

Sounds like: Andrew W.K. if he was an oversexed, bratty teenager

-Tyler Cumella
It isn’t that Delta Spirit messed up with their new album; it’s just that after listening to it, I fear everyone is just going to be more confused than ever. There is just no continuity between tracks. You hear “Language of the Dead,” with these theatrical vocals, trying to channel the instrumental power of a band like Local Natives. Then, just a song or two later you hear “Patriarch” and it seems like someone mysteriously threw some ’80s jams on the playlist. None of the songs are painful to listen to; the chorus to “Live On” might be forcefully stuck in your head for a few minutes but that’s the worst of it. The album is not bad. But, to be honest, it sounds like the they just did a cover of every mediocre song The Killers ever produced.

Sounds Like: The Killers (maybe a little too much), Cloud Control, Atlas Genius

-Christie Leist
This debut effort from American singer-songwriter Jillian Banks (AKA BANKS because all caps 4eva) is tinged with hints of R&B and electronic music influence. Throughout the 59 minutes of the album, she delivers lines full of forlorn memories and scorned love. Her low, sometimes icy voice fits well with the often dark feel of her songs. My only wish is that every track didn’t sound quite the same, but for a first album it’s not a hefty complaint. Banks does the brooding indie-pop genre proud, and there’s thankfully room for her to experiment and grow in it. This record will be great listening as the leaves fall and weather gets colder, for sure.

-Michelle Buchman
If you clicked on this article hoping for good words on the Ryan Adams album, you’re still in luck, because this Hiss Golden Messenger album is for you. The North Carolina duo has somehow crouched in the corner while other Newport Folk Fest faves were getting their slice of the glory. Luckily, “Lateness of Dancers” is the chunk of earnesty in the wake of that particular pop wave that takes the genre back to its most credible form. Shades of organ, banjo, and wah’d out guitar give it an earthy feel, without making it wrought with forced straw hat sensibility. The record is a pleasant balance of clunky southern fried grooves, and middle of the road acoustic melodies, all tied together with the nasally Dylan-esque, but ultimately soulful vocals of MC Taylor. It’s an album that could sink in with those that identify with crunchier acts, but doesn’t stray too far on the jammy path to lose the patience of radio loyals. Catch them on September 19 at Brighton Music Hall if you’re listening from Boston.

Sounds like: Something Derek Trucks would guest on if he were still cutting his teeth, good music to hackysack to if you tend to give up on that pretty quickly and focus on other things

-Perry Eaton
Recorded with an ear for detail but guided by a loose hand, “Crush Songs” is one hell of an open and welcoming Karen O album, due largely to the mixture of revealing honesty and defiant self-confidence that pervades the majority of the record. “Crush Songs” is an affecting and unforced 15-track collection of lo-fi home recordings, penned and recorded around the same time that the Yeah Yeah Yeahs came out with “It’s Blitz” in 2007. Her distinctive and enchanting vocals are capable of summoning each song’s emotions in the listener — awe, lust, bewilderment, a burning desire to reach out and shelter the delicacy of love and relationships from all the crude harshness of the world. Sparse yet graceful, these 15 songs of love and loss are gaunt rock songs and simple ballads painted with bold and convinced strokes that belie her lyrical ambivalence.