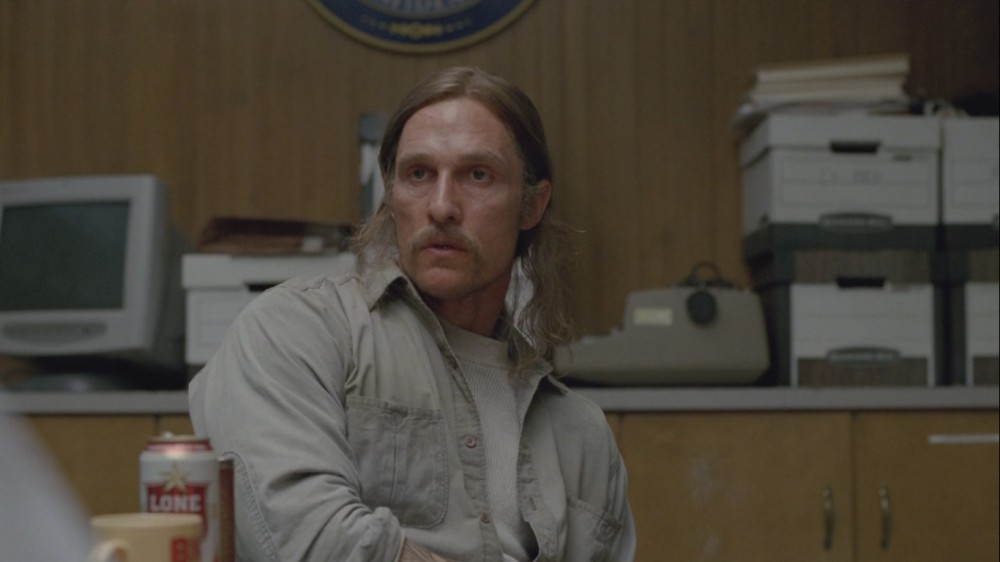 At this point there’s been so much digital ink spilled over “True Detective,” HBO’s expansive, Southern gothic-tinged thriller, that it’s hard to imagine even the most die-hard fans being able to pore over every little blog post or think-piece that gets published. And there’s been a litany of them—Slate, Grantland, the AV Club, The Atlantic, The New Yorker–just pick your poison.

Media frenzy aside, the show has been an undeniable tour de force for both Matthew McConaughey and Woody Harrelson, a medium for creator Nic Pizzolato’s expertly macabre storytelling and a vehicle for perhaps some of the best cinematography (Save for maybe Hannibal—seriously folks, get on that) on television over the last few years.

If you haven’t been keeping track, the last of the series’ eight chapters airs tonight and with it the story ends, a huge benefit of the show’s anthology-style structure.

Nic Pizzolatto shot down a handful of fans’ theories in a Q&A with Buzzfeed’s Kate Aurthur on Thursday when he said that neither Cohle (McConaughey) nor Hart (Harrelson) would wind up the killer. If you count yourself among the show’s devotees, it was required reading this week—that and Vulture.com’s informative discussion with the show’s set designer and Esquire’s interview with director Cary Fukunaga. While those theories, which had become increasingly popular among fans, may now be debunked, that hasn’t stopped viewers from mounting rampant further speculation.

That’s part of how this show breeds so much mystery, it routinely sends viewers down the rabbit hole each Sunday night to Google some new, offbeat, obscure literary text. It’s easy to convince yourself that some of these theories are legit… just like Hart tells Cohle shortly after they find the body of Dora Lang, once “You attach an assumption to a piece of evidence you start to bend the narrative to support it.”

That said, it’s still not clear if we’ll get the answers to our most burning questions on Sunday.

Who is the Yellow King? What is Carcosa? What’s the lawnmower man’s deal? Is he the Green-Eared Spaghetti Monster?

As the camera pans away in episode seven, we see a boat moving slowly downstream. Much has been made of the show’s setting: The steamy swamps, industrial spires dotting the horizon, the abundances of “green and burnished gold.” The southern half of Louisiana is riddled with bayous and criss-crossing rivers, where many of the cases have taken place. The burnt-down church we discover at the end of episode two is also located by a river, and the camera pans to show this at that episode’s denouement as well. It’s not entirely clear that the Yellow King is a person; it could be something completely different, like a boat. Perhaps it’s used to transport children, is owned by the Tuttle family/church to sail to a secluded island (Carcosa?) off the coast of Louisiana where the killings are performed.

In episode six, Cohle interviews a father, Terry Guidry, about his missing son who attended the Queen of Angels, a Tuttle school. Guidry’s small boat was eventually found in the water, broken up. Was Guidry trying to escape someone or something by rowing away?

If you’re really into crackpot theories:

1)     Doesn’t it sort of look like there’s something yellow, maybe a king’s crown on the hull of the boat at the end of episode seven?

2)     What does this shot of director Cary Fukunaga – from Instagram—portend? Will a boat that’s named Dora figure into the finale? 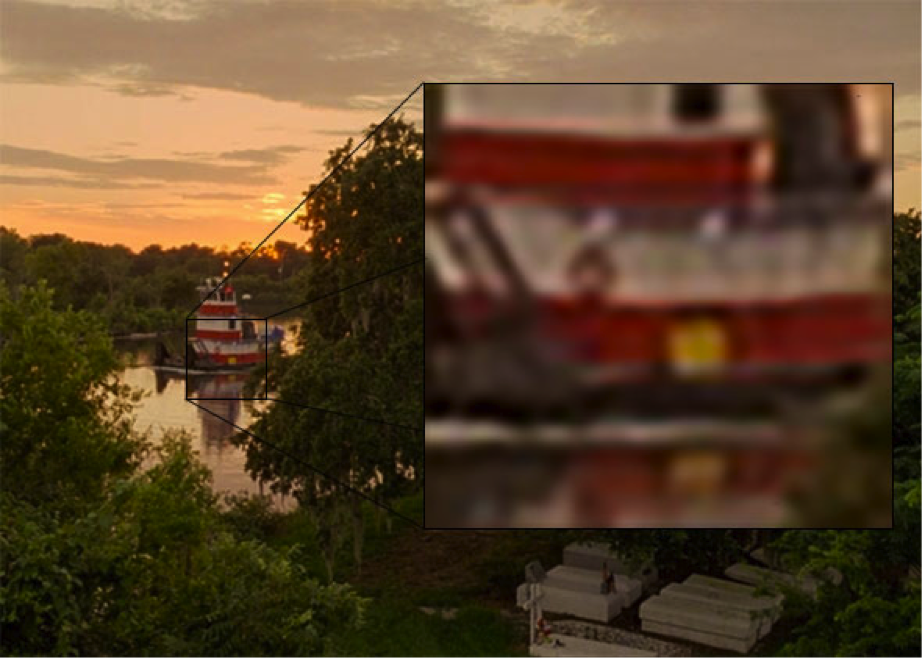 Rust says at one point that part of the ritualistic killings are centered around Saturnalia, a festival of light, celebrating the winter solstice, which back in the day, involved human sacrifice. The sun has been prominently featured throughout the show and as some astute Redditors recently pointed out, at one point in the teaser for Sunday’s episode, the sun is seen at the :20 mark– it looks like it’s lining up with a hole in a building. The church? The school? A cave?

That leads us to another theory: 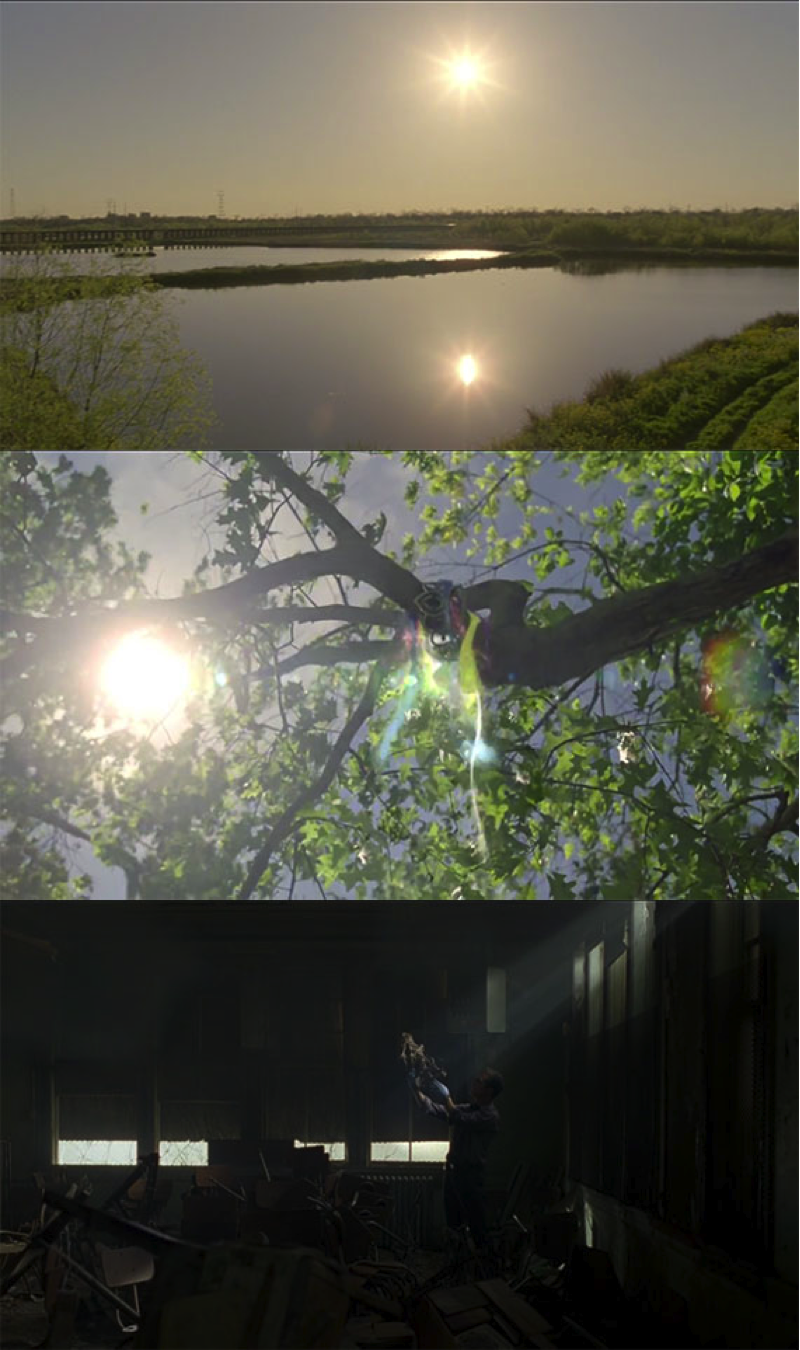 Perhaps the “old stones in the woods,” which according to Charlie Lange in episode four, are associated with Carcosa or are part of a cave. Or could this be the graveyard we see Errol driving his lawnmower around? Is it the “place down south where all these rich men go to devil worship?” Is there a “dark and deep” lair, or a maze of caves where there’s “so much good killing?”
Carcosa is that pivotal moment where death is accepted; Reggie Ledoux sensed he would die (“You’re in Carcosa now with me,” he said, almost paralyzed), accepted it, and gave in to the impending doom. The “death’s doorstep” moment, described by Miss Delores, the Tuttle’s housekeeper in the penultimate episode, reassures us that Carcosa is essentially accepting that life is a dream and accepting that death is what it is—an accepted fate.

Pizzolato doesn’t come out and say what Hart and Cohle’s ultimate fate will be, but does assert that they, “would have to be willing to die to fully pursue their absolute justice” at one point early on in Buzzfeed’s Q&A. Take that for what it’s worth, but it makes you wonder… will Hart and Cohle find Carcosa in the finale? 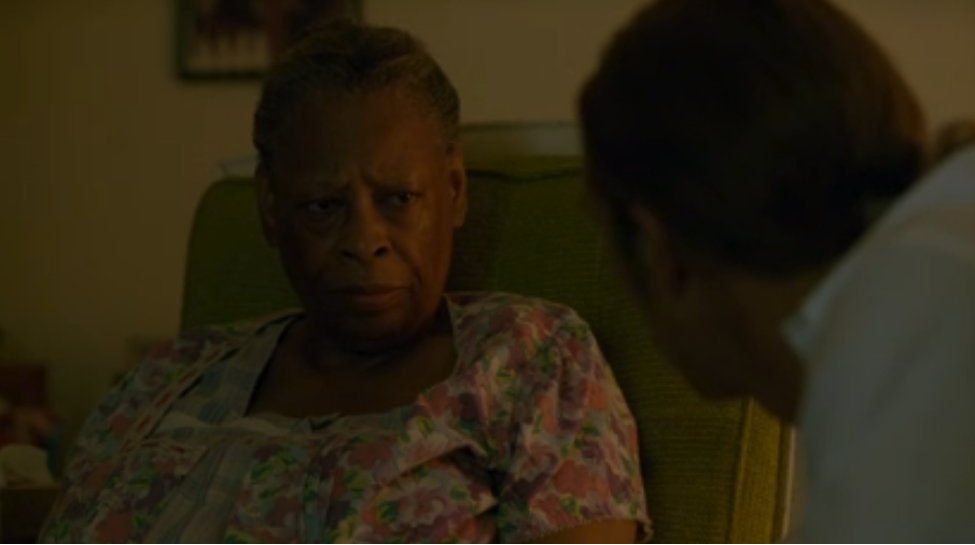 The ancient Siberian myth of the “Deer Goddess” succinctly described in a journal by Esther Jacobson, paints a story of an antlered “Animal Mother,” who apparently lived at the base of the World Tree and represented in the sky as the constellation Ursa Major. The constellation could play into the stars that keep popping up throughout the series (“Strange is the night where black stars rise,” star tattoos on Ledoux, in Dora’s notebook). The deer antlers obviously figure into the crown that Dora Lange is found outfitted with in the first episode. Relatedly, Deer stones, according to Wikipedia, chiefly feature images of deer.

“These antlers sometimes hold a sun disc or other sun-related image. Other artwork from the same period further emphasizes the connection between the reindeer and the sun.”

Drawings first published in 1892 uphold the occult/ritualistic happenings, in which “deer stones were set in elaborate circular patterns, suggesting use in rituals of unknown significance.”

Could the lone tree in the scorched sugar cane field that Hart and Cohle found Lange by symbolize the World Tree? Could the stones that Charlie Lange refers to have been “deer stones” in the woods? This could also feed into the whole The-Yellow-King-is-the-sun theory, as the rocks would have deer on them and according to Siberian lore, the concept of reindeer and the sun are intertwined. Siberia may have little or nothing to do with the bayou, but that doesn’t take away from this theory’s levity. 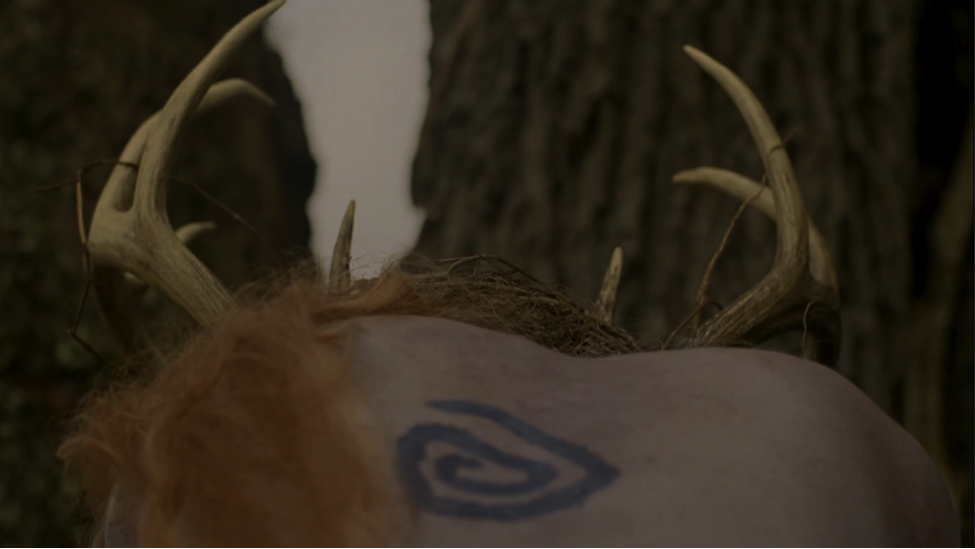 Perhaps the most substantial theory we have – the satanic killings have been organized by five men, likely led by our Lawnmower man—Errol Childress, our rich man—Billy Lee Tuttle, and an assorted cast of other characters who’ve yet to be named. We’ve seen five men imagery throughout the show: In the cavalcade of can men crafted by Cohle, the videotape of Fontenot being victimized, the men dressed in Cajun Courir de Mardi Gras outfits surrounding Dora Lange, the picture of the five horsemen, and Audrey’s ominously arranged doll collection:

Who are the rest of the men? Police? More members of the Tuttle clan? Could Ledoux and his seedy associate Dewalle been part of the group before their deaths at the compound? 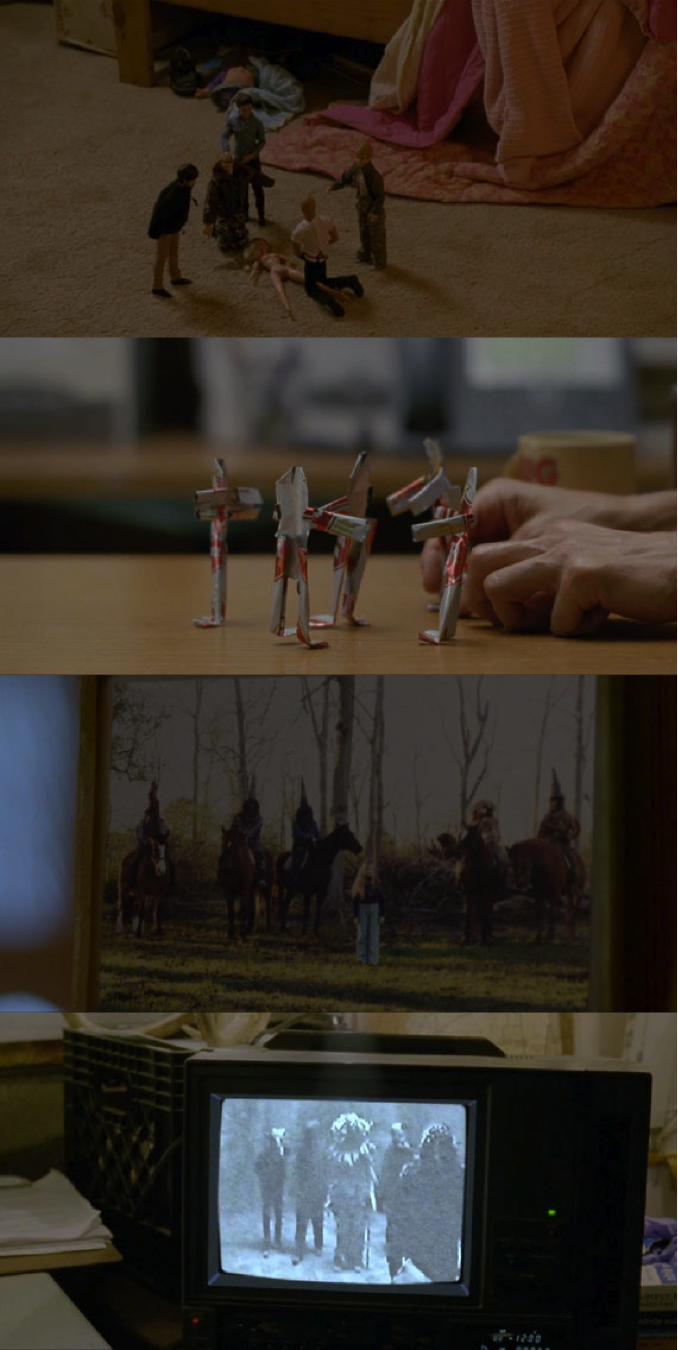 Sit tight. This is a long one.

We learned in episode seven that Sam Tuttle is the now dead father of both Senator Eddie Tuttle (who called Cohle and Hart off the case when he was governor in 1995) and brother Reverend Billy Lee Tuttle (head of the defunct Wellspring Foundation schools).

Sam Tuttle was mixed up in some weird stuff; he had many children, including the Childresses and the Ledouxes. Miss Delores, the Tuttle’s housekeeper that the detectives interview in episode seven, claims there was a young boy with scars (Errol we have to assume) who was both part of the Childress family and the Tuttle family, suggesting Errol may have been the child of one of the Tuttle’s daughters.

The Tuttles, especially elder patriarch Sam, seem like a lock for having ties to the occult. There are countless claims of their schools being responsible for child abuse and creepy, animalistic behavior.

In the penultimate episode, Cohle deduces that Sam held bizarre winter solstice (Saturnalia) carnivals where the attendees wore masks, similar to the masks worn by members of the Five Men theory.

Tobey Boulere, now a transvestite named Johnny Joanie, claims he remembers seeing men “that had animal faces” when he went to one of the Tuttle’s schools as well, which suggests the men who wore masks and the masked Capuchon-men from the Five Men Theory may be one and the same. Joanie also vouched that there was a younger man that had “bad scars around the bottom half of his mouth” too, once again, hinting our good friend Errol.

Reverend Theriot, a drunkard in 2002, claims there was one school in 1988 where there were “accusations of children being interfered with,” although he claimed to have to have nothing to do with it.

Sam’s general weirdness has reverberated through generations and the Tuttle’s private schools; fourteen, half of them along the bayou—which could lend itself to the boat theory—all of them since shuttered, fostered the deranged and cultish actions our heroes are continuing to track down. The Tuttles have ensnared Reggie Ledoux, Errol and others along the way, all under the watchful eye of the Louisiana State Police.

In last week’s episode we see Errol, for the first time since episode three, mowing the lawn around a cemetery on a tributary.

“I know the whole coast…” Errol says in a thick Louisiana drawl, “My family’s been here a long, long time,” finishing as Gilbough and Papania drive off.

Was Cohle right the whole time?

How do you think True Detective will end? Do you have your own creative, out-of-left-field theory? 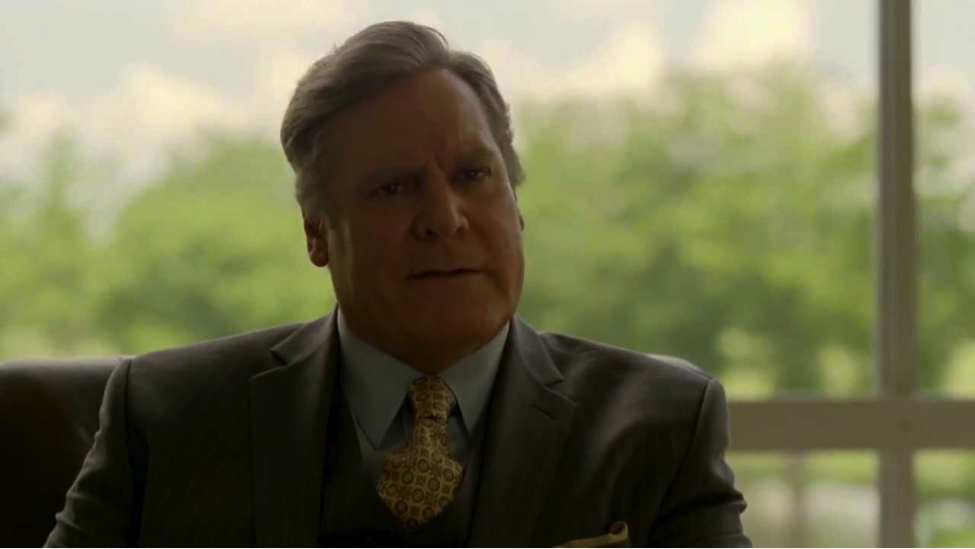