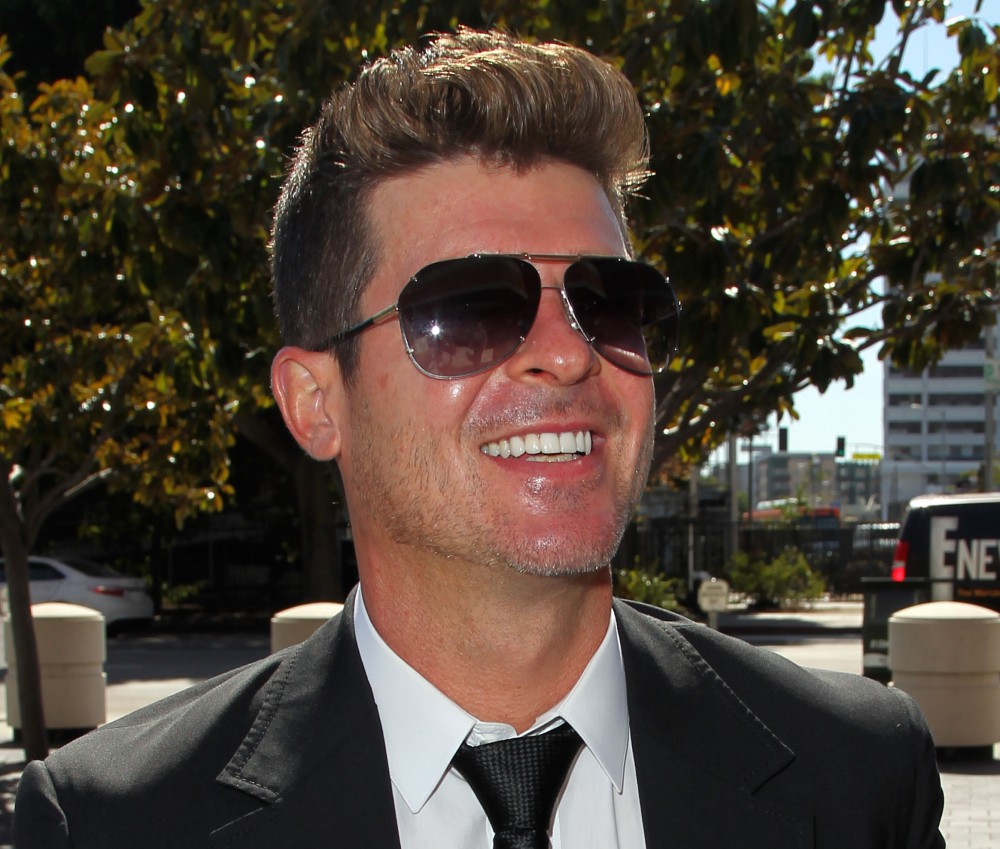 Nearly two years after it dominated every radio transmitter in the galaxy, the once-ubiquitous pop song “Blurred Lines” has been taken to task once more…but this time, it’s by the law.

While the song has undergone intense scrutiny for its sexist message about non-consent, the Marvin Gaye estate went after co-writers Robin Thicke and Pharrell Williams for a completely different reason – the song, they claimed, was similar enough to Gaye’s “Got to Give It Up” to take legal action. As of today, a verdict has been reached and the musicians are being asked to fork over $7.4 million to Gaye’s estate.

All said and done, the Gaye estate will be receiving more than any of the artists received individually from the song’s $16.9 million original revenue, though they originally requested for $25 million in damages. Thicke received $5.6 million at the time, Williams received $5.2 million and T.I. (full name Clifford Harris) received $700k with the rest of the profit going to record labels.

Most cases of this nature tend to settle quickly – take the recent flare-up of Sam Smith’s “Stay With Me” and Tom Petty’s “I Won’t Back Down” – but the “Blurred Lines” trial lasted a week and a half and questioned the, ahem, gray area between inspiration and copyright infringement. With a career on the outs as it is, the trial revealed that Thicke had lied in media interviews while drunk and high on Vicodin, according to a Billboard report, and sung a piano medley that included U2’s “With or Without You,” and Alphaville’s “Forever Young” on the stand.

In cases like this, a one hit wonder will prove the be the tip of the iceberg – the larger concern about this case’s ruling will be its lasting impact on the copyright industry.

Thicke, Williams and T.I. have released the following statement about the court’s decision:

“While we respect the judicial process, we are extremely disappointed in the ruling made today, which sets a horrible precedent for music and creativity going forward. ‘Blurred Lines’ was created from the heart and minds of Pharrell, Robin and T.I. and not taken from anyone or anywhere else. We are reviewing the decision, considering our options and you will hear more from us soon about this matter.”

See, everyone? The song about treating women like disposable garbage came from their hearts.

Enter to win tickets to see Trio Da Kali at The Villa Victoria Center of the Arts (Newton, MA) on April 10th. END_OF_DOCUMENT_TOKEN_TO_BE_REPLACED

END_OF_DOCUMENT_TOKEN_TO_BE_REPLACED

Enter to win tickets to Rhye at The Paradise on February 28th. END_OF_DOCUMENT_TOKEN_TO_BE_REPLACED

Her new album has been pushed back, but we have Kimbra’s new single for you. END_OF_DOCUMENT_TOKEN_TO_BE_REPLACED

The folk duo returns with a new record this week. END_OF_DOCUMENT_TOKEN_TO_BE_REPLACED

Now that we’re done looking back at 2017, let’s look ahead at 2018. END_OF_DOCUMENT_TOKEN_TO_BE_REPLACED

Our first Song of the Week for 2018. END_OF_DOCUMENT_TOKEN_TO_BE_REPLACED

In a year when so many things were off, the music was right on. END_OF_DOCUMENT_TOKEN_TO_BE_REPLACED