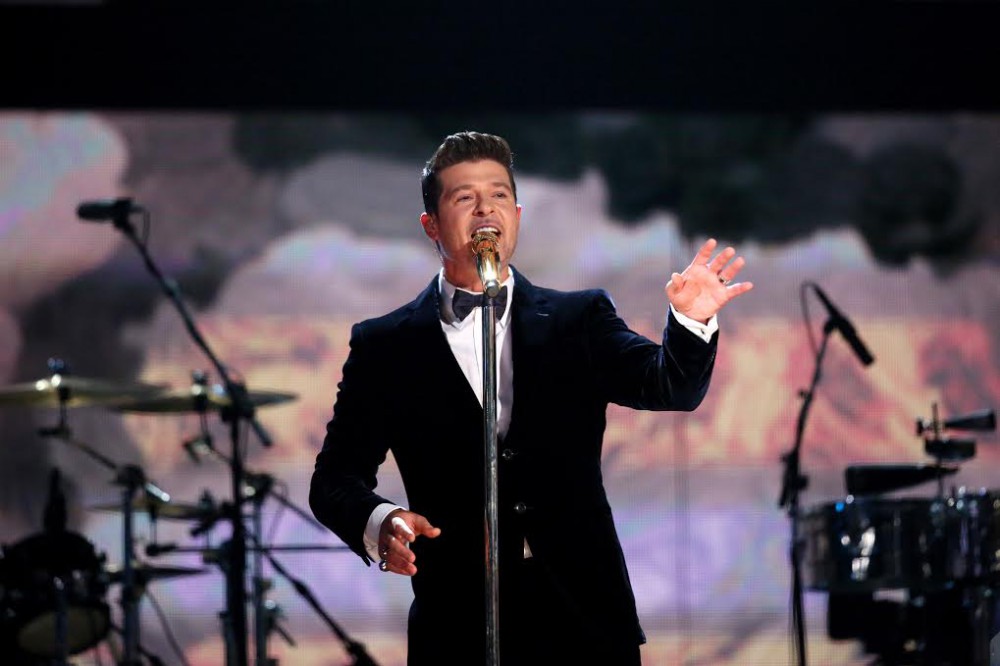 The big tickets don’t stop this week. Well, unless the radical students of Boston University have anything to say about it. We may see a human wall outside of Agganis on Tuesday night to block off “Blurred Lines” crooner Robin Thicke, but probably not because while the song may be about shameful things, it’s just so damn catchy, isn’t it?

Remember that scene in “Zoolander” where Hansel talks about how inspirational Sting is, but says that he’s never listened to any of Sting’s music? After The Police, that’s probably the most memorable thing about Sting. Still, he will be sharing the stage with the venerable Paul Simon, who will hopefully play everything off “Graceland” (8 p.m., $40-250, all ages). For something a bit more aggressive, punk legends The Lawrence Arms pay a visit to The Sinclair (with Elway and The Copyrights; 8:30 p.m., $15, 18+). Local lo-fi pop project Wakes will take up space at Charlie’s Kitchen in Harvard Square with Future Carnivores and Vundabar (9 p.m., $5, 21+). Down the street at ZuZu in Central Square, Allston jammers Beach Toys is joined by Fat Creeps side project Bong Wish (with Nighttime Sunshine; 10 p.m., 21+, free).

This guy Robin Thicke sure is good lookin’ so he just strolls around singing about drugging girls up and sleeping with them. Some people apparently are really into that though, so Mr. Thicke will be at Agganis Arena on Tuesday to the chagrin of a group of BU students (with K. Michelle and D.J. Cassidy; 7:30 p.m., $27.50-63, all ages). Chicago youngsters The Orwells lit up “Letterman” not long ago and spurred one of those classic Dave overreactions (see above video), but the band is actually pretty damn sweet and will be at Great Scott with the awesomely named Twin Peaks (with The Silver Palms; 9 p.m., $15, 18+). British drunken folk act Beans on Toast will play the relatively small O’Briens for fans who are tickled by the stylings of Frank Turner or Seasick Steve (with Matt & Adam and Matt Charette; 8 p.m., $10, 18+).

Gentle-voiced songman Josh Ritter will play a total undersell at the cozy Somerville Theatre for the first of two nights if you’re lucky enough to get your paws on some tickets (with Gregory Alan Isakov; 7:30 p.m., $26.50, all ages). The Shins’ James Mercer and producer extraordinaire Danger Mouse collaborate for Broken Bells, which will roll through House of Blues behind a new album, “After the Disco” (with Au Revoir Simone; 8 p.m., $29.50, all ages). Augustines, formerly We Are Augustines, formerly of the band Pela, will jam out at Brighton Music Hall (with My Goodness; 7 p.m., $15, 18+). Swedish dream poppers The Mary Onettes is paying our fine country a visit as well, playing Great Scott with Brooklyn’s Heavenly Beat (9 p.m., $9, 18+). Scottish alt-rockers We Were Promised Jetpacks are also hopping the pond to play The Sinclair (with Honeyblood; 9 p.m., $19, 18+).

Enter to win tickets to see Trio Da Kali at The Villa Victoria Center of the Arts (Newton, MA) on April 10th. END_OF_DOCUMENT_TOKEN_TO_BE_REPLACED

END_OF_DOCUMENT_TOKEN_TO_BE_REPLACED

Enter to win tickets to Rhye at The Paradise on February 28th. END_OF_DOCUMENT_TOKEN_TO_BE_REPLACED

END_OF_DOCUMENT_TOKEN_TO_BE_REPLACED

Enter to win a pair of tickets to attend The Hess Collection Seminar and Dinner as part of Boston Wine Festival 2018 at the Boston Harbor Hotel on Wednesday, March 14th. END_OF_DOCUMENT_TOKEN_TO_BE_REPLACED

Her new album has been pushed back, but we have Kimbra’s new single for you. END_OF_DOCUMENT_TOKEN_TO_BE_REPLACED

The folk duo returns with a new record this week. END_OF_DOCUMENT_TOKEN_TO_BE_REPLACED

Now that we’re done looking back at 2017, let’s look ahead at 2018. END_OF_DOCUMENT_TOKEN_TO_BE_REPLACED