RIP Lou Reed: How we process the death of a great musician 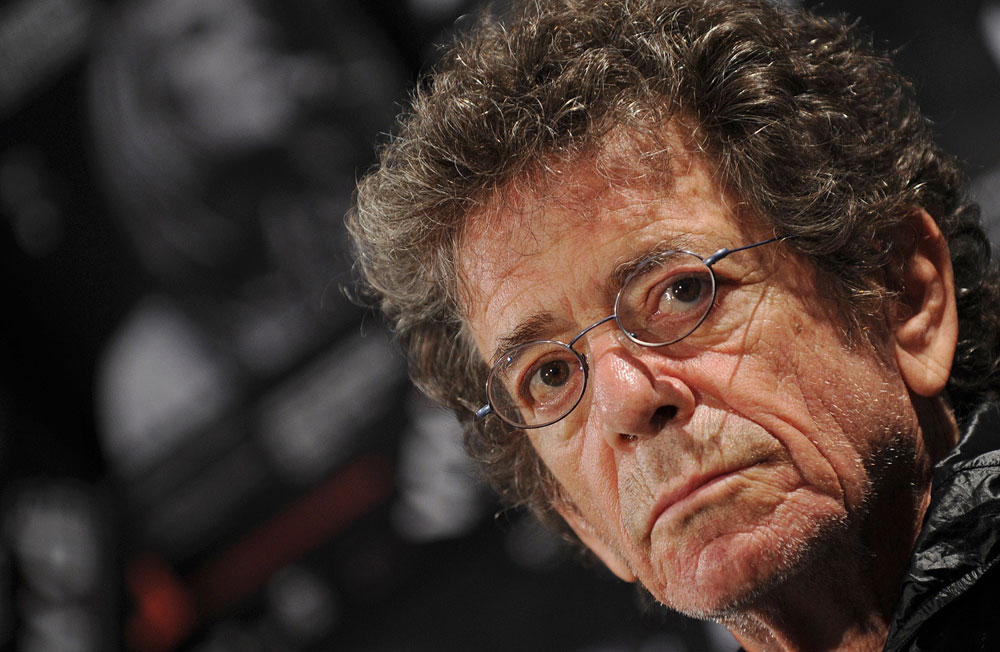 The news comes. It’s a shock. Death is always a shock, yes, but it’s bigger, more real, a blanket draped across culture, when it’s a towering figure in music. We react viscerally at first. Wow, death, we think. It can really happen to everyone. This feels fresh every time.

We reflect instinctively and hastily to personalize the loss. I remember the first time I heard such-and-such song, we say. This is my death, too, we say, carving out tiny chunks of the fresh carcass and apportioning them into our little corner of the universe.

Before long, however, the pendulum swings back, and we need to make the fact of this death bigger. The awareness of death is best shared with others, so the burden can be diminished. We assume the position of metaphorical pallbearers, lumbering with the idea of the casket in front of a crowd of mourners, sharing the news rapidly on our social media. Behold, we say, Death. Take this knowledge from me. I don’t want to be alone with it.

This is also a selfish act. Sharing bad news provides a thrill.

Some of us pull this off more elegantly than others. The ones who lumber into it haphazardly are swiftly rounded up and mocked. These 20 people didn’t know who Music Guy was, we learn. This tells us nothing about death, or anything else of value, but we look anyway, because to be reminded of the life of the stupid is preferable to contemplating the death of the great.

Next comes the critical stage. What does it all mean? Our professional arbiters of Meaning ask, picking through the leavings. We choose among these. Our perspective on the death is shaped. This death is greater than I had previously understood, some of us think. This is all an overreaction, others conclude. Both are right.

Peers react. We filter our own emotions through those who were closer to the death. Songs are sung. Tributes paid. Eulogies given. We see a new side to the body of work because it’s winnowed down into smaller compartmentalized items through those who we more closely associate ourselves with.

Those of us with something to sell begin to circle. Look through our specific prism unto this death, we trumpet. In doing so, first look at me.

Cover songs are inexpertly recorded and shared. Tribute shows are accidented into. The slow entropy of decay sets in as we affix ourselves to the massive beached leviathan newly-washed ashore, eating away until it’s an unrecognizable pile of bones.

Then it’s gone. What were we so worried about there for a minute?

Death is a stranger. We know nothing of death.

But the songs are still there.

Enter to win tickets to see Trio Da Kali at The Villa Victoria Center of the Arts (Newton, MA) on April 10th. END_OF_DOCUMENT_TOKEN_TO_BE_REPLACED

END_OF_DOCUMENT_TOKEN_TO_BE_REPLACED

Enter to win tickets to Rhye at The Paradise on February 28th. END_OF_DOCUMENT_TOKEN_TO_BE_REPLACED

Her new album has been pushed back, but we have Kimbra’s new single for you. END_OF_DOCUMENT_TOKEN_TO_BE_REPLACED

The folk duo returns with a new record this week. END_OF_DOCUMENT_TOKEN_TO_BE_REPLACED

Now that we’re done looking back at 2017, let’s look ahead at 2018. END_OF_DOCUMENT_TOKEN_TO_BE_REPLACED

Our first Song of the Week for 2018. END_OF_DOCUMENT_TOKEN_TO_BE_REPLACED

In a year when so many things were off, the music was right on. END_OF_DOCUMENT_TOKEN_TO_BE_REPLACED