Revolution May Be The Black Sheep of Boston Sports, But That’s Just Fine 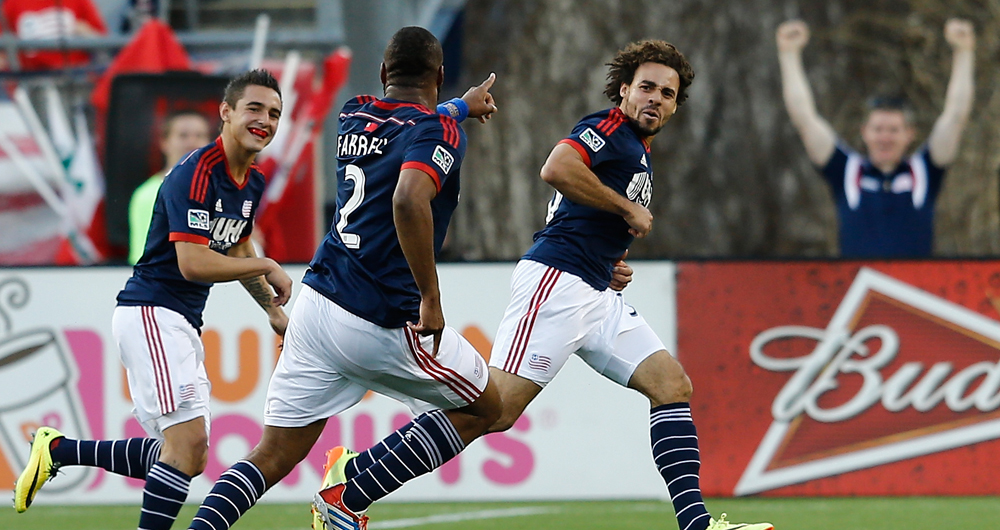 The New England Revolution does not have a long, storied history filled with names like Bobby Orr, Ted Williams or Larry Bird. The Revs did not win three world titles between 2001 and 2004 like the other Robert Kraft-owned team that shares Gillette Stadium. They are, however, hoping to build their fan base in other ways, both on and off the pitch.

The region’s resident MLS club is the youngest and has the least hardware of the pro teams around. This means the Revolution’s executives need to find creative ways to build their team’s fan base that doesn’t rely on decades of trophies and memories.

“We’re going against teams that have all been champions in the past 10 years and are well regarded in this market and nationally,” Revolution President Brian Bilello said in a phone interview, a day after the team’s 2014 home opener.

Bilello joined the Revolution as chief operating officer in 2006 and has served as team president since being promoted to the position in 2011.

When Bilello first joined the club, the passionate soccer fan set out to better integrate the business and team side of the organization. Both sides attempt to keep focused on the region and to make the team’s marketing and branding centric around New England.

“We want to be New England’s team,” Bilello said.

Some of the most noticeable marketing techniques by the Revs around Boston include their ads on the MBTA green line trains and launching their brand new kits for the 2014 season at Royale. Like their NBA competition the Boston Celtics, the Revolution also has a television deal with Comcast SportsNet.

“We do tend to shift marketing and promotion activities near Boston. We still do things in other regions but we tend to be heavier focused in Massachusetts then say the other states,” Bilello said.

The organization’s attempt to stay connected to the region and the Hub has paid off in recent years. The Revolution saw a six percent jump in attendance from 2012 to last season, growing from a total fan attendance of 238,017 to 252,346. New England finished third in the Eastern Conference in 2013 and reached the semifinals that same year.

The Revolution’s home opener against Vancouver was played in front of 13,103 fans, which was also “up from previous years,” according to Bilello.

Considering the Seattle Sounders raked in more than 748,000 fans to CenturyLink Field last season, there is room for the Revolution attendance to improve. That being said, the Sounders don’t have to battle for Seattle sports fans’ attention with NBA or NHL teams, only the NFL’s Seahawks and MLB’s Mariners.

“Next year will be the 20th year for the MLS and the Revolution. Sometimes people don’t understand how young that really is. I think this market has room for growth…a lot of fans are growing into the sport and fandom and I think you’re going to see the sport grow,” Bilello said of the young team and league.

This year, the Revs find themselves No. 1 in the Eastern Conference standings at 6-3-2 and No. 15  in the MLS in total attendance, ahead of only four teams.

While theirs isn’t the largest in the league, Bilello believes the Revolution’s current fan base is “passionate, dedicated and extremely engaged with the team and players.” He explained they also travel well, especially when playing the New York Red Bulls.

“A lot of our fans travel together in an organized group and bring our energy, songs and atmosphere to visiting venues,” said Bilello.

Revolution fans still need to grow in numbers in order to join the MLS’ elite supporters. Bilello hopes to achieve this by being New England-orientated and showing Boston sports fans what makes the Revolution different than their storied competitors.

“We want to explain how we’re different and what’s unique about supporting the Revs,” Bilello said.

The Revs take on DC United at home this Saturday. United is currently in fourth place in the Eastern Conference, only five points behind New England.

Enter to win a pair of tickets to attend The Hess Collection Seminar and Dinner as part of Boston Wine Festival 2018 at the Boston Harbor Hotel on Wednesday, March 14th. END_OF_DOCUMENT_TOKEN_TO_BE_REPLACED

The Black and Gold continue their run tonight at TD Garden. END_OF_DOCUMENT_TOKEN_TO_BE_REPLACED

Who will make the Class of 2018? END_OF_DOCUMENT_TOKEN_TO_BE_REPLACED

It’s been awhile since we talked Black and Gold. END_OF_DOCUMENT_TOKEN_TO_BE_REPLACED

You’re going to wish you were in the Northern Alps. END_OF_DOCUMENT_TOKEN_TO_BE_REPLACED