Red Sox in spring training: What can we expect from Bogaerts, Buchholz, the beards? 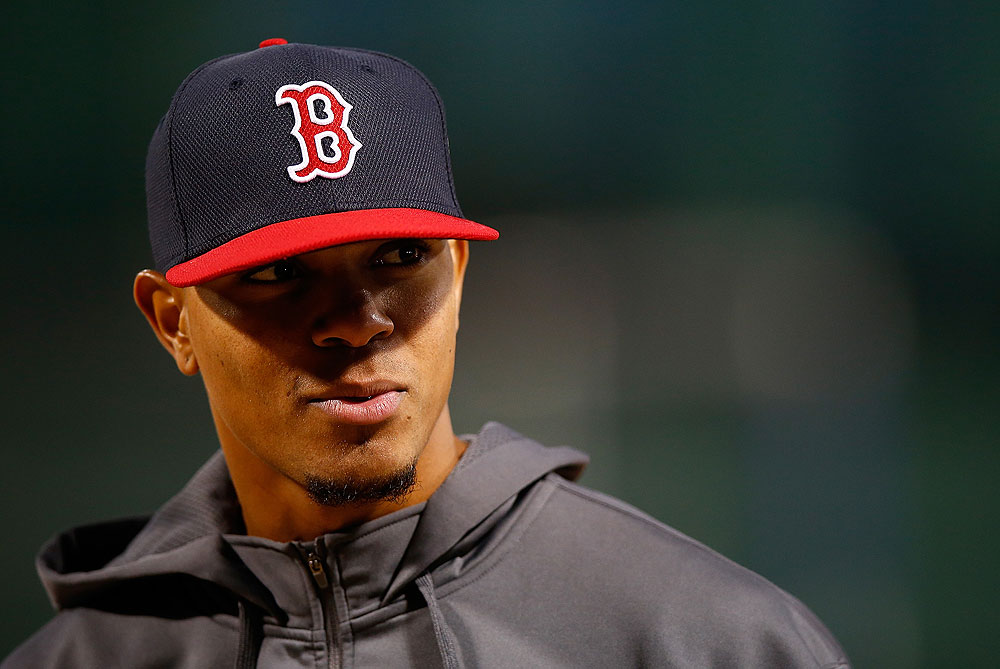 In a season when more than a few giant storms have buried our cars, driveways, and souls, you may be beating yourself up about making the conscious choice to remain in New England through another cruel, unrelenting winter. Trust me, you’re not alone. One way to combat these deep, dark feelings is to remind yourself that it’s just about baseball season.

That’s right, the Boys of Summer, your World Champion Boston Red Sox, are pretty much all in camp down in warm, sunny, Ft. Myers, Fla., well ahead of this weekend’s mandatory Spring Training report date. Since it’s neither warm nor especially sunny up here in Boston, maybe the onset of the Sox’ upcoming title defense is reason enough to drift off and imagine what 2014 will have in store for the team that has won three championships in the past 10 years.

What can we absolutely guarantee? The weather will be much better than it is now. Everything else is pure speculation. So with that, here are some storylines worth following while perusing all the online photos and videos of guys playing catch and taking batting practice.

The Kids
At this point, there is so much hype surrounding shortstop-of-the-future Xander Bogaerts that it almost feels like he really has nowhere to go but down. A season of hitting, say, .270 with 15 homers and 80 RBIs with an OPS around .800 along with 15 or so errors would be fine for a player his age and experience. But expectations for the 21-year-old Aruba native are so far out of the stratosphere that it’s not difficult to imagine him getting raked over the coals even if he puts up numbers like those. Let’s give him time to get acclimated (despite a postseason performance that signified him being well beyond his years, the kid has exactly 84 plate appearances in the big leagues) before we anoint him a Nomar/Jeter/pre-Biogenesis A-Rod hybrid while expecting nothing less than an MVP trophy in each of the next 15 years.

After Bogaerts, things get a bit tricky. Jackie Bradley, Jr. is likely your Opening Day center fielder (unless Grady Sizemore, who hasn’t played in three years and has appeared in just 104 games since 2009, usurps his role). Although Sox manager John Farrell and General Manager Ben Cherington have expressed confidence that he’s ready for the job, we won’t really know if that’s true until the season starts. If you don’t believe that, just look back on the juxtaposition between his spring and regular season last year. And don’t forget that he’s replacing Jacoby Ellsbury, a guy who was a very, very good player and an integral part of two championship teams, regardless of what anyone said, wrote, or thought. Bradley could be the second coming of Ellsbury, but he could also be the second coming of Dwayne Hosey. Stay tuned.

The Enigma
It’s a safe bet that Jon Lester, who completely came into his own last year, and John Lackey, who grabbed the narrative surrounding his first three years in Boston by the throat and drop kicked it into space en route to becoming the Sox second best pitcher, are the only sure things in the starting rotation heading into Spring Training. As is usually the case, Clay Buchholz remains the ultimate wild card. On one hand, he posted nine wins and a 1.74 ERA in his first 16 starts last year and was the clear frontrunner for the American League Cy Young award. On the other, he strained a muscle in his shoulder while sleeping with his infant daughter in his arms and took longer to recover from it than Bruins’ forward Gregory Campbell did from having his leg shattered by a point blank slapshot last year. Buchholz clearly wasn’t healthy even after he returned more than three months later and even though he performed brilliantly in his lone World Series start, it’s just impossible to count on him. He’s hasn’t once made 30 starts in a season since coming up in 2007 and his career high in innings pitched is 189.1, posted during the lost campaign of 2012. Luckily for the Sox, the team is at least slightly insulated from another long-term Buchholz absence, thanks to the presence of veterans Jake Peavy and Ryan Dempster and the inconsistent but intriguing lefty Felix Doubront, who was tremendous in the postseason. The possibility of a six-man rotation has even been floated. Still, it would be so beneficial to everyone involved if Buchholz could string together a complete, injury-free season. If he doesn’t do that this year, you may want to put your No. 11 jersey on eBay.

The Beards
Hey, it worked. Facial hair as a symbol of unity. Good for Jonny Gomes for starting the trend which became larger than life all the way to a World Championship. But this is a new year and Gomes knows as well as anyone that living in the past is no way to earn another title in the future. And because nostalgia will get you nowhere, the Sox had better hope that just because so many of the players had the year of his life in 2013 doesn’t mean such good fortune will translate to 2014. The Sox survived Will Middlebrooks’ sophomore slump, Mike Napoli going three-plus months between mattering, Buchholz’s injury, and having to rely on their fourth choice at closer in Koji Uehara (a move which, regardless of not being planned, wound up being one of the most fortuitous in team history). Gomes himself was tremendously clutch. Daniel Nava proved to be a completely capable major league outfielder at the very least. Guys like Mike Carp, David Ross, and Craig Breslow, none of whom had ever come close to where the Sox wound up going, made massively important contributions. And David Ortiz had an MVP-caliber year at the tender age of 37.

The bottom line is that it would be foolish to assume that everything will break right for the Sox again this year, the way everything broke right for them last year. Does that mean they can’t defend their title? Hardly.

The Black and Gold continue their run tonight at TD Garden. END_OF_DOCUMENT_TOKEN_TO_BE_REPLACED

Who will make the Class of 2018? END_OF_DOCUMENT_TOKEN_TO_BE_REPLACED

It’s been awhile since we talked Black and Gold. END_OF_DOCUMENT_TOKEN_TO_BE_REPLACED

You’re going to wish you were in the Northern Alps. END_OF_DOCUMENT_TOKEN_TO_BE_REPLACED

END_OF_DOCUMENT_TOKEN_TO_BE_REPLACED

Bill might be “on to Tennessee,” but we’re not. END_OF_DOCUMENT_TOKEN_TO_BE_REPLACED