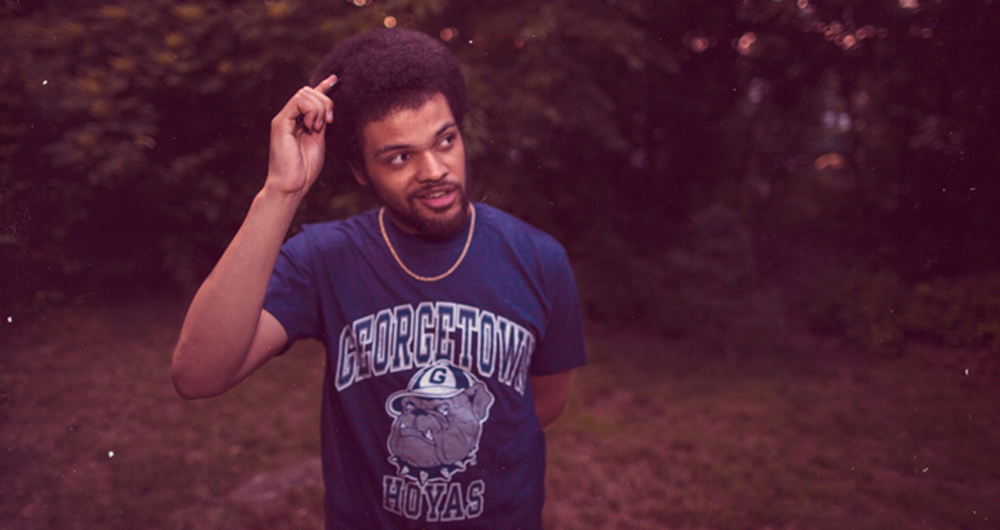 The “Rap-Up” is a bi-weekly series highlighting new hip-hop music out of Boston. For this installment (July 26-August 8), we have new tracks from Michael Christmas, Real P, Latrell James, Black EL, and Dutchy D.o.B.a.d, as well as some exciting news from Dutch ReBelle.

An exclusive interview with Complex capped off an exciting week for Christmas, who shared two new tracks to start the last month of summer on a high note. “Do Something” premiered through DJ Booth as part of their “Top Prospects EP,” and it sounds like it could’ve been a bonus cut on an early Odd Future mixtape. Powered by a gravely bassline and warm synths, the track features expectedly entertaining bars and a spaced out, catchy hook from the 20-year-old emcee.

Later the same day, Pitchfork premiered a remix of Tunji Ige’s “Day2Day” on which Christmas and Atlanta rising star iLoveMakonnen are featured. The Internet seems to collectively agree—it’s one of the hottest songs of the summer.


With the announcement that he’ll be hitting the road heavy over the course of the next few months in support of his upcoming album, Latrell James dropped a new record for his growing fan base called “5 And A Half” featuring Real P. Produced by Marco Marcel, the silky smooth cut features heartfelt verses from both emcees centering on the idea of doing better for the women they desire than any other men have done for them in the past. Be on the lookout for Latrell’s “Twelve” and Real P’s “Same Ole Jazz.”


“She wore five and a half in boys, ass off the hook, I’m in love with her mind, you’re in love with her looks, you hope she a freak, I’m hoping’ she cook, you calling her weird, she misunderstood.”

Real P has yet to disappoint this summer. Last week, he released the Amandi-assisted “Watchin,” the latest single en route to his “Same Ole Jazz” project which arrives August 19, and it’s one of his best yet. Brooding in nature, the track is tells the unfortunate—and oft-relatable tale—of a friend turned the opposite, and Amandi laces the narrative verses together with a smooth, melodic hook. This one won’t appear on “Same Ole Jazz,” but the tracklist—which reveals collaborations with Bakari, Latrell James, Caliph, and more—is looking quite promising.

Black EL’s self-titled “space-wave” movement is catching on, evidenced by his latest single called “Garcia Vega.” The Boston veteran dropped the atmospheric cut—co-produced by Durkin and Victor Radz—earlier this week, and unsurprisingly, the reception has been as positive as everything else he’s released this summer. EL is readying his forthcoming project for a fall release, and on the heels of “Garcia Vega,” things are looking increasingly promising.

Boston newcomer Dutchy D.o.B.a.d. (an acronym for “Don’t only believe, achieve dreams”) returned earlier this week with “O.T.,” the latest cut off his upcoming project. Dutchy has already asserted himself as one of the best hook writers out of the city, and he proves why here. The young emcee has an expert ear for melodies, and he’s representing the streets in a way Boston hasn’t seen yet. “O.T.” feels a few tweaks away from a radio-ready record—we’re excited to see where Dutchy takes things from here.

Though she didn’t release any new music in the last two weeks, Dutch made perhaps the biggest local splash all summer as she graced the cover of “The Improper Bostonian.” She’s been killing it for years, so the look is well-deserved, and with her upcoming project “The ReBelle Diaries” on the way, this could very well mark the beginning of the most crucial year of her career. Watch her break down lyrics from one of her most popular tracks, “Stop It,” below, courtesy of NE Hip-Hop. Word on the street is there’s a remix with Fred The Godson on the way.