Rant-Off: Who Did it Better, Kim Costa or Wisconsin Bath & Body Works Hater? 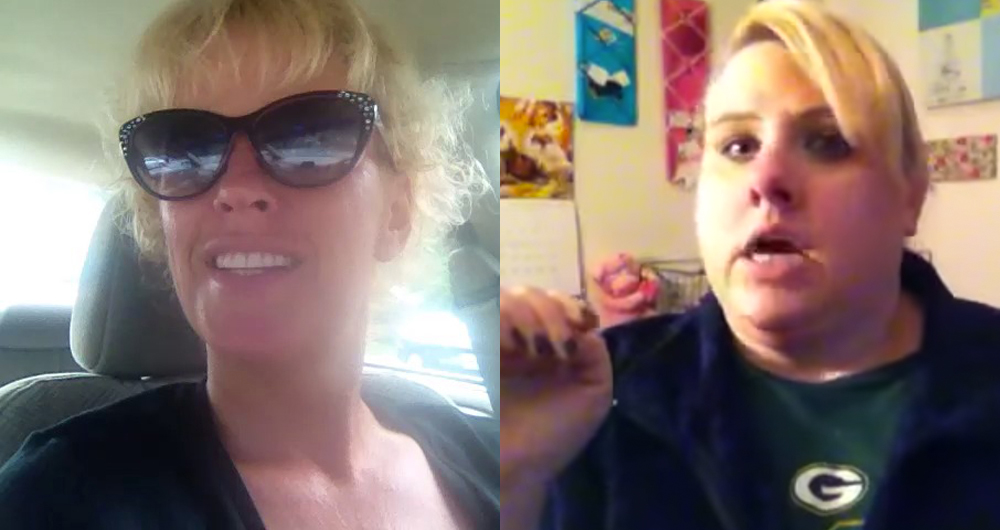 I’m not sure why middle-aged women making rant videos is a new trend on social media, but I’m really happy it is. In case you forgot, a while back we found Kim Costa, a Medford-native who took to Facebook to complain about Boston’s college students, which you can listen to here. Recently, another gem of a rant has gone viral. Wisconsin YouTube user “Az4angela” is exploding on the Internet for her rant on why she “might” boycott Bath & Body Works.

If Kim and Angela were in a fight, I’m putting my money on Kim.

Costa’s rant runs about a minute in length, the perfect amount of time to listen to someone complain. Although I must admit that I’ve watched Angela’s twelve minute video several times now, what concerns me is the amount of time she appears to have on her hands. Not only did she spend a week calling Bath & Body Works just to find Winter Candy Apple and Ice Gingerbread candles, but she spent twelve minutes taking to the Internet to talk about her experience. But hey, what else is there to do in Wisconsin?

Costa is also ranting about something that she has the right to – a bunch of college students coming back to her hometown. Whether or not you agree with her, she complains with a certain amount of leverage instead of rambling for twelve minutes about trying to buy candles.

Additionally, I was unaware that Wisconsin accents were really that bad, but I would be happy never hearing “peach bellini” or “Oshkosh” in Angela’s voice ever again. I’m not sure I could ever tire of hearing Costa’s sarcastic “no need fo ‘ya.”

Lastly, if you weren’t convinced that Kim is the winner yet, Angela sports a Green Bay Packers shirt throughout her video, something that, even almost 20 years after Super Bowl XXXI, I’m positive Kim would never do.

A decade of Wreck The Halls. END_OF_DOCUMENT_TOKEN_TO_BE_REPLACED

Leah Wellbaum from Slothrust brought her trusty six-string to Studio B and turned in the first RadioBDC Session of 2017. Check out her three songs and her chat with Julie Kramer, recorded live on February 28, 2017. END_OF_DOCUMENT_TOKEN_TO_BE_REPLACED

This should never have happened. END_OF_DOCUMENT_TOKEN_TO_BE_REPLACED

I spend far too much time on Twitter. Here’s a handful of posts from last year that I found to be entertaining on one level or another. Enjoy. END_OF_DOCUMENT_TOKEN_TO_BE_REPLACED

Mike McColgan and Lenny Lashley of Street Dogs were in session on November 30, 2016 to play three songs and chat about their annual Wreck The Halls shows at Brighton Music Hall December 15-18. END_OF_DOCUMENT_TOKEN_TO_BE_REPLACED

Tegan and Sara stopped by for a chat before their House of Blues show on Halloween night. END_OF_DOCUMENT_TOKEN_TO_BE_REPLACED