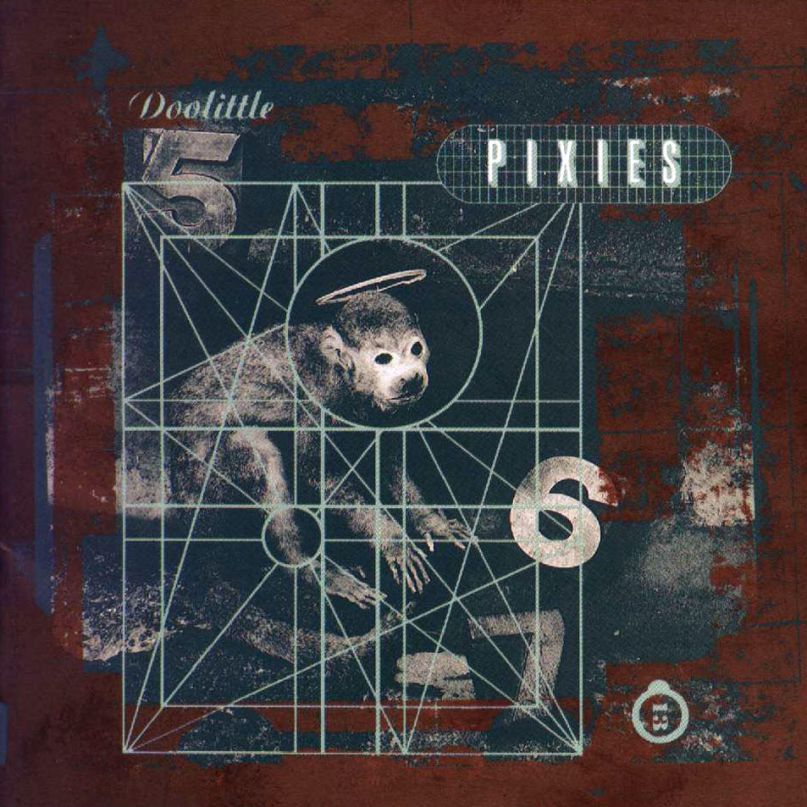 Another guest edition of Resequenced, and it’s one of our best yet.

Not only did Dan take the time to put together a boss resequencing of Pixies Doolittle, he even provided a blow-by-blow to go along with it. I’ve recreated his resequencing in playlist form below, but be sure to read Dan’s words before you dig in.

“The real joy in making this was creating Side One. I knew that I wanted to start with Black Francis welcoming you to the album with “Hey,” but I was afraid of having the album start slowly. My solution was to make the side a series of escalating songs until it peaks with “Tame.” Each song grows in intensity, either through its instrumentation or its vocals. The key transition here is from “Wave of Mutilation” to “Debaser.” Both songs have somewhat similar instrumentation, so the difference between the straightforward singing of “Wave of Mutiliation” leading into the screaming of “Debaser” just feels right.”

“As you’ve probably noticed, Side One doesn’t end with “Crackity Jones” and “Tame,” the two most intense songs on the album. Instead, it ends with the purest pop song on the album, “Here Comes Your Man.” The thinking here was inspired by the Beatles’ “A Day in the Life,” where the song builds up to this torrent of noise, only to end in a beautiful chord on the piano. In the same way, the first side builds to the chaos of “Tame,” only to be immediately followed by the out of tune chord that opens “Here Comes Your Man.” I had originally planned for the same ordering, but with “Tame” ending Side One and “Here Comes Your Man” opening Side Two, but I like it better as it is, with “Here Comes Your Man” almost as a punchline to the side.”

“Side Two was much more difficult to arrange, aside from burying “Silver” at the very end. Since the first side ends playfully with the comedown from “Tame” to “Here Comes Your Man,” I wanted to continue the playfulness, and having the first words of the side be “shake your butt” felt like a good way to keep the upbeat tone going. But then Side Two gets dark, going from “I Bleed” to “Dead,” “There Goes My Gun,” and “Monkey Gone to Heaven.” These were mostly sequenced so that the songs flowed into each other well. Of the songs the side, “There Goes My Gun” is the only one that really starts and stops suddenly. That makes it perfect to fit between the sudden end of “Dead” and the sudden start of “Monkey Gone to Heaven.” And then after all the darkness, “hope everything is alright” with “Mr. Grieves.” And then the Old West comes to end everything with “Silver.” In the same way that you ended the Blue Album with “Holiday” cause it’s your least favorite song, I ended Doolittle with “Silver.”

Exceptional work by Dan on this resequencing. Tweet him and tell him what a good job he did.

Enter to win tickets to see Trio Da Kali at The Villa Victoria Center of the Arts (Newton, MA) on April 10th. END_OF_DOCUMENT_TOKEN_TO_BE_REPLACED

END_OF_DOCUMENT_TOKEN_TO_BE_REPLACED

Enter to win tickets to Rhye at The Paradise on February 28th. END_OF_DOCUMENT_TOKEN_TO_BE_REPLACED

Click here to see where we’ll be the rest of the season! END_OF_DOCUMENT_TOKEN_TO_BE_REPLACED

END_OF_DOCUMENT_TOKEN_TO_BE_REPLACED

Enter to win a pair of tickets to attend The Hess Collection Seminar and Dinner as part of Boston Wine Festival 2018 at the Boston Harbor Hotel on Wednesday, March 14th. END_OF_DOCUMENT_TOKEN_TO_BE_REPLACED

The Black and Gold continue their run tonight at TD Garden. END_OF_DOCUMENT_TOKEN_TO_BE_REPLACED

Her new album has been pushed back, but we have Kimbra’s new single for you. END_OF_DOCUMENT_TOKEN_TO_BE_REPLACED