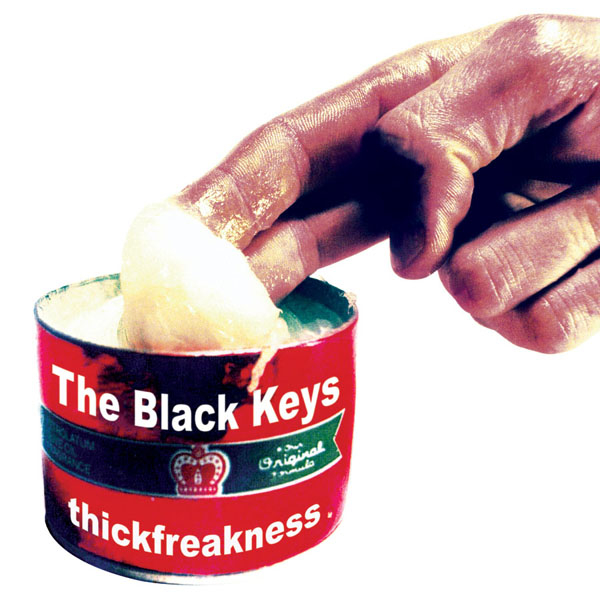 I’ve been meaning to start a “let’s argue about some of our favorite bands’ discographies” series for some time now. Seeing The Black Keys at the Garden last night finally gave me the motivation I needed. So it’s Dan and Pat’s eight studio albums for our first edition of RadioBDC Ranked. Read on, then tell me how wrong I am.

‘Thickfreakness’ set in cement the band’s sound and provided the Dan and Pat with a template to work off of. If the Keys have a “signature album,” this is the one.
It took the band six albums to do it, but here they found their sweet-spot: rough-hewn blues with bright hooks, both accessible to newer fans and satisfying to the older set.
Raw, buzzing blues. It sounds like it was recorded on a second-hand console on the second floor of an abandoned factory because it was.
…and the A-Side of this gem would be a close second. The fact that the B-Side is so solid puts ‘El Camino’ ahead of ‘Magic Potion’ as a complete work.
If we were to rank the Black Keys’ catalog by album sides, the A-Side of this album would sit atop the list…
The hits are here, but Danger Mouse is, too: some of the soul gets sucked out and replaced with play-it-safe production magic.
That “trademark roughness” I made reference to? You’ll find it in spades. But as a whole, the album’s a little too rough when put up against what would follow.
The duo’s first album recorded in a proper studio with an outside producer (Danger Mouse) provides the songs with more varnish than polish: a great deal of their trademark roughness is sanded away.