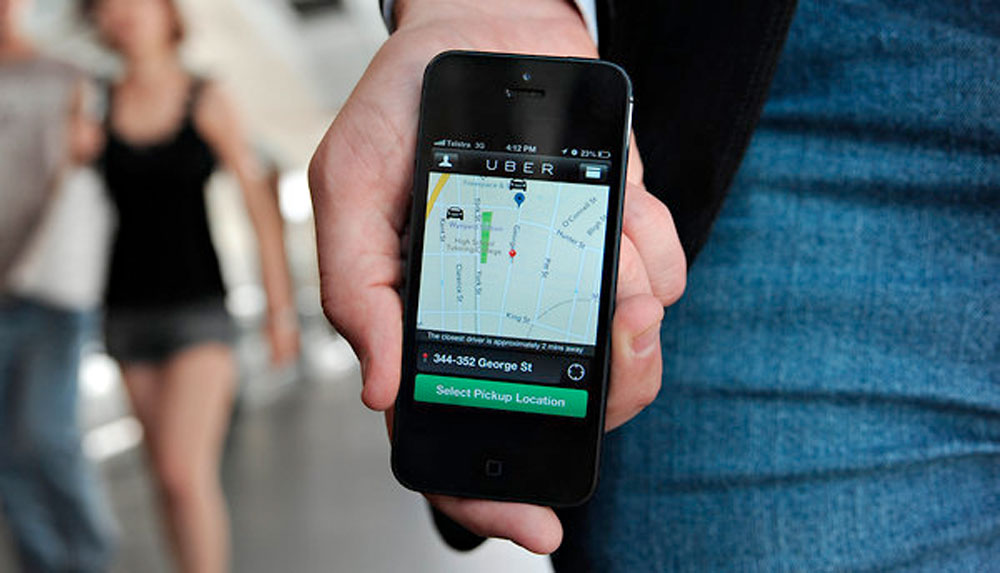 A lot of people really hate Uber. Especially this one guy, who ended up paying $357 for one ride. The car service app works entirely from your phone. How easy! Naysayers’ arguments range from being too luxurious and wasteful to being deceptive about pricing. But I say, don’t diss Uber! It’s the perfect solution for our generation. We’re willing to spend any amount of disposable income to stay comfortable and avoid modern annoyances. It’ll figure out where you are, pick you up, and let you pay with your credit card, already on file. This ain’t yo mama’s cab company.

The best part of Uber? It’s is an app for everything we hate, such as:

One foot in front of the other? It takes so long! And when it’s cold out, forget it. I’d rather let my social life slip into a vast abyss of “where have you been?” text messages. A previous solution to walking was the invention of rollerblades but they eventually went out of style.
Uber may be more expensive than the MBTA in the monetary sense. But the emotional toll you’ll spend while stuck on a cramped train with unidentified smells really isn’t worth the $2 ride. That is, if a train ever even arrives.
We all like to think we know downtown Boston like the back of our hand, but take one wrong step off of Boylston Street and you have no idea where you are. Don’t worry, college freshman, you’ll get it eventually. Until then, let Uber come to your rescue in this big scary city. It uses your phone’s GPS to send the closest driver to you… wherever you are…
Since we’ve all given up the notion that someone we don’t know has anything worthwhile to say, talking to cab drivers has become a major an inconvenience. There are only so many times that I can awkwardly answer what my undergrad major was and pretend to scroll through old iMessages. But with Uber, you can tap your phone and a car will magically appear for you. No waving your arms in the middle of the street or explaining where you are over the phone to Metro Cab. I guess you technically still have to tell the driver where you’re going, but at least we’ve got it down to only one sentence!
Fumbling around for cash or a card is of supreme annoyance when you’re drunk and want to be in your bed. Uber-er’s already have their credit information stored in their phone, and it takes one tap to pay for your ride and be on your way.
Driving around these narrow, one way streets yourself is a pain. Parking is even worse, and when it snows you run the risk of getting punched in the face over a spot. Uber is like having your own personal chauffeur, except you don’t have to be of Taylor Swift level fame to use it. What more could you want?