Putting Patriots rumors into perspective, who will move this offseason? 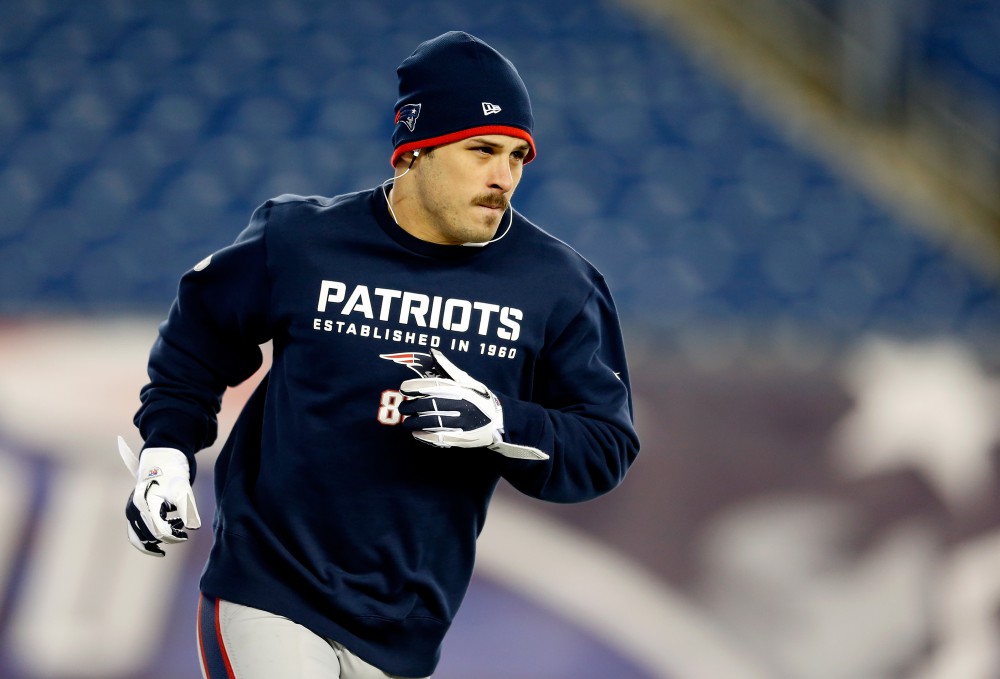 I miss football and not just because it’s a sport that should be in season when it’s this flipping cold out.

Luckily, the NFL continues to do everything it can to keep the game on a year-round schedule so that people like me can geek out on free agent speculation and draft scuttlebutt, most of which has no real basis in reality.

But that’s OK, because football. And with NFL free agency beginning in earnest on Saturday (free agents can officially talk to teams and field offers that day then sign new contracts on March 11), and multiple juicy rumors regarding the Patriots making the rounds over the past few days, now is as good a time as any to begin a fruitless pursuit into the realm of what they may or may not do.

It’s crucial to note, before embarking on any sort of speculative analysis of the Pats, that their idea of conventional wisdom is about 180 degrees from what most fans, writers, pundits and loud radio voices think it should be. You may be one of those people who finds something to complain about and/or criticize with every move the team makes, but it’s tough to argue with its run of sustained success over the past 13 years.

That being said, regardless of the standard being set so high thanks to the three championships won from 2001-2004, the Pats have come up short in its quest to add one more Lombardi Trophy to the window display. The narrative revolving around “Tom Brady’s window” is tired and obvious, but there is more than a sliver of truth that it would be tremendous to see him win one more big game alongside Bill Belichick, the greatest QB/coach combo in history, before calling it a career.

So with that, let’s get into some of the more hot button topics surrounding the Pats at the moment. Warning: Expect the unexpected.

Last off-season’s biggest acquisition is now, allegedly, on the trading block. It stands to reason that Amendola, who came to the Pats on a five-year, $28.5 million deal with the label of being injury-prone, then promptly got injured in training camp and again in Week 1 and subsequently was able to post only middling numbers (54 catches, 633 yards, two TDs in 12 games), would be better served elsewhere, especially when you consider that he was invisible down the stretch and in the playoffs while playing in an offense starved for weapons.

We can rehash whether or not it was a mistake to replace Wes Welker with Amendola for the umpteenth time (in short, it’s not that simple, but it was not the best move to begin with) but in the here and now, Amendola was blown away by Julian Edelman on the field last season, Edelman has now hit free agency and it makes little to no sense to pay both receivers similar money given their overlapping skill sets. Amendola showed brief flashes of brilliance in 2013 but his injury history combined with the fact that he and Brady seemed to lose chemistry as the season went along as opposed to building it suggests that the Pats aren’t off base if they are indeed trying to move him. Again, he and Edelman are redundant and although Edelman had never done much of anything before this past season, he’s been in the system for years and has a proven relationship with Brady. If the Pats are going to keep just one of these two (then maybe go out and get another receiver who can run, stay healthy and make plays downfield? Please??), it makes more sense to re-sign Edelman and, if there’s no trade market for Amendola, release him after June 1, when his salary cap charge for the next two seasons plummets. Either way, if these reports are true, the Pats deserve some credit for recognizing they made a mistake bringing Amendola to Foxboro in the first place and acting quickly to make amends.

The mother of all rumors. If this one, first floated by Pro Football Talk over the weekend, comes to fruition, all Pats fans should prepare to bow to Coach Bill.

Revis is the, stress THE, premiere corner in the NFL, as we all saw when he was duking it out with Welker and Randy Moss on a regular basis during his Jets years. The Pats have spent years trying to draft and develop a star No. 1 corner with pretty much zero success in that area. They had to make a trade to get one in Aqib Talib, and while Talib has been excellent and at times dominant, he’s now a free agent with injury problems that cannot be overlooked. There have been reports that the Pats are “actively pursuing” a new deal with Talib after they wisely chose not to slap the franchise tag on him and while that’s all well and good, imagine Revis in a Pats’ uniform. He would instantly become the team’s best corner since Ty Law while solidifying the entire defense, not just the backfield. Like Talib did in the early stages of 2013 before going down with his recurring hip problem, Revis erases the opponent’s best pass catching weapon, allowing the other defensive backs more room to operate while taking some of the pressure off of those members of the front seven who are after the opposing QB. Revis isn’t just a game-changer, he’s a potential team changer if he’s healthy and used properly, neither of which were the case last season in Tampa. Given the financial considerations entwined with bringing Revis into the fold ($16 million against the salary cap in 2014), the Pats must either need to do a lot of shuffling of their own deck chairs, which is conceivable, or convince Revis to take a pay cut, which is not. Still, rolling a transcendent player like Revis into their defense could well be the move that puts the Pats back in the winner’s circle. He’s that good. Cross your fingers the Pats make a serious run at Revis and this becomes more than just a rumor.

SOME KIND OF PASS RUSHER

Not much smoke yet surrounding the import of a pass rusher, I’m just including this section because I REALLY WANT THE PATS TO GO GET ONE!!!

They have a star in Chandler Jones and a very good player in Rob Ninkovich, both of whom excel at getting after the opposing QB. And that’s it. Take one of them out and the Pats’ pass rush is severely diminished. Take both out and you get diddley poo. If you don’t believe that, take a look at the tape of the AFC Championship game against Denver. Both Jones and Ninkovich were well handled and the Pats subsequently didn’t lay a single fingernail on Peyton Manning. It wasn’t just that they didn’t sack Manning at all. They didn’t even hit him. Not once. This is unacceptable. There has been some speculation regarding potential fits at this spot, but there is no doubt in any way, shape, or form, that the Pats must get to the QB more consistently. This has been a recording over the past few years, and while drafting Jones and developing Ninkovich have paid dividends, more must be done. Even if the Pats somehow land Revis, there’s only so long you can ask your defensive backs to stay in coverage while the QB stands in the pocket unaffected and surveys his options.

The Pats have made strides defensively over the past couple of years from the nadir that was the 2009, Adalius Thomas/Derrick Burgess/Shawn Springs nightmare, particularly last season before everyone got hurt. Assuming all the key players return, bringing in another pass rushing specialist could push this defense back to 2004-level heights.

The Black and Gold continue their run tonight at TD Garden. END_OF_DOCUMENT_TOKEN_TO_BE_REPLACED

Who will make the Class of 2018? END_OF_DOCUMENT_TOKEN_TO_BE_REPLACED

It’s been awhile since we talked Black and Gold. END_OF_DOCUMENT_TOKEN_TO_BE_REPLACED

You’re going to wish you were in the Northern Alps. END_OF_DOCUMENT_TOKEN_TO_BE_REPLACED

END_OF_DOCUMENT_TOKEN_TO_BE_REPLACED

Bill might be “on to Tennessee,” but we’re not. END_OF_DOCUMENT_TOKEN_TO_BE_REPLACED