Proposed Television Adaptation of ‘Say Anything’ Killed By Single Tweet 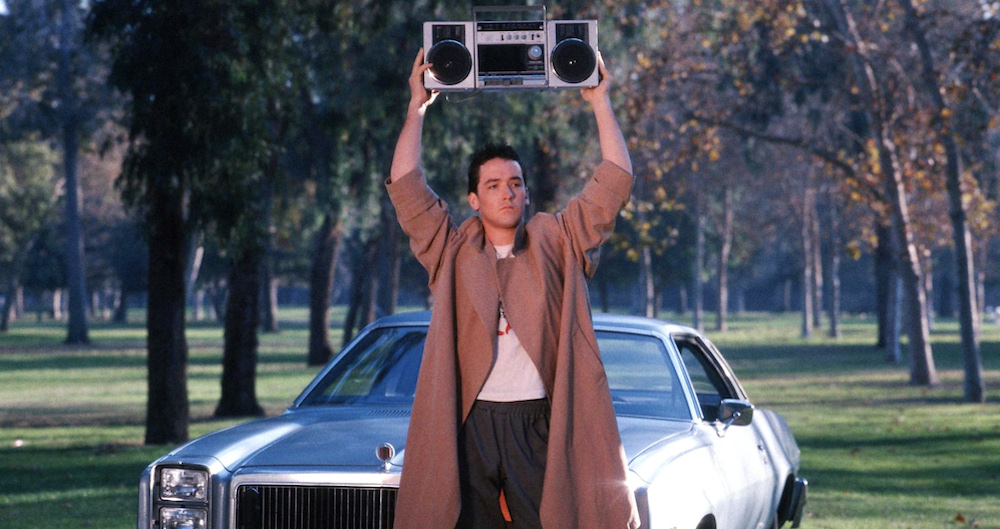 It’s been 25 years since John Cusack lofted a boombox over his head beneath Ione Skye’s window in Cameron Crowe’s “Say Anything,” which means it’s the perfect time to unearth its dead corpse from the VHS graveyard and turn it into an unrecognizable adaptation in a cynical cash grab.

That’s exactly what NBC had in mind, according to Deadline, before the film’s director Cameron Crowe vigorously denounced the idea and disavowed any involvement with the project on Twitter.

Regarding the announcement of a “Say Anything” tv show… @JohnCusack, @IoneSkye1 and I have no involvement… except in trying to stop it.

And just like that, less than 24 hours after the project was announced, the reboot was dead.

The fact that a single tweet could immediately halt a show being made tells you everything you need to know about the television industry. They’ll throw 20 half-formed idea against the wall and if one of them sticks, it’s a good day. We hope this is starts a trend of other celebrities speaking out against ill-advised adaptations of their seminal works. After all, Tom Hanks shitting on FOX’s proposed adaptation of “Big,” Val Kilmer denouncing the Adam Sandler-backed “Real Genius” project, or Michael Richards and Gilbert Gottfried holding a seance and summoning the ghost of John Ritter to scare NBC executives into abandoning their “Problem Child” remake will be more effective than a million snarky blogger tweets.

Golden Globe and Emmy nominee Benjamin Wallfisch is the composer responsible for the score of the hit movie IT. I talked to Ben about his approach to scoring the new version of this iconic story and his thoughts on film and music overall. Some very insightful commentary; listen in. END_OF_DOCUMENT_TOKEN_TO_BE_REPLACED

Rupert Gregson-Williams is an award-winning film composer. He just so happened to compose the score for this summer’s big blockbuster Wonder Woman. We talked about his beginnings in film scoring, film scores that move and inspire him and, of course, Wonder Woman. END_OF_DOCUMENT_TOKEN_TO_BE_REPLACED

Jeff Rapsis is a New England-based composer and performer. Lately, he’s been creating live musical scores for silent film screenings. I talked to him about his process and a few of his upcoming performances at The Capitol Theatre in Arlington and the Somerville Theatre. You can keep track of where else Jeff is scoring silent films here. END_OF_DOCUMENT_TOKEN_TO_BE_REPLACED

Planning on seeing Rogue One: A Star Wars Story when it opens this weekend? I joined Adam 12 to give you an idea of what to expect. But don’t worry, I didn’t give anything away. END_OF_DOCUMENT_TOKEN_TO_BE_REPLACED

Always a pleasure to have Boston.com’s Perry Eaton in studio for a chat. After we talked a bit about Pearl Jam at Fenway and Perry’s new podcast, he filled us in on Game of Thrones live and Narragansett’s new Bananagrams-themed brew. END_OF_DOCUMENT_TOKEN_TO_BE_REPLACED

When he’s not running BostonTweet (or running the Boston Marathon), Tom O’Keefe is running around promoting Flutter. He was in studio with SumuApp co-founder Daniel Tewfik earlier today to talk about how you can win free rent for a year in Boston. END_OF_DOCUMENT_TOKEN_TO_BE_REPLACED