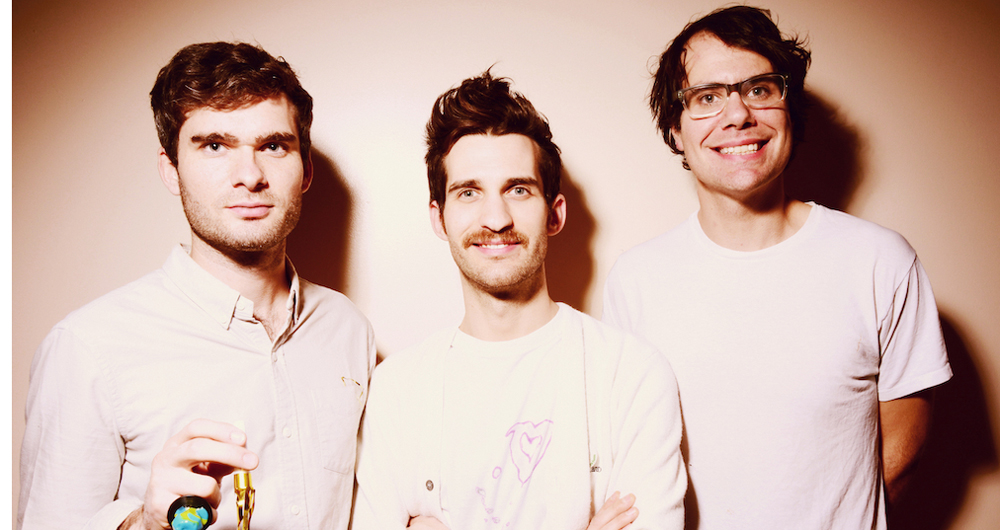 Allston quartet Pretty & Nice has been known to bridge the gap between reckless basement energy and high-powered precision rock. It gives the band a best-of-both-worlds charm, appealing equally to punk enthusiasts and highly caffeinated hipster snobs. The band turned heads in 2008 with its stellar debut “Get Young,” and just came off of a huge 2013, in which the band rode the high of an EP and celebrated the release of its latest full-length, “Golden Rules For Golden People.” Left-brained progressions meet jolty powerchords for a digestible mix of pop hooks, math rock changes, and a forward-thinking transformation of indie punk. “Golden Rules” delivers all of this and more, and comes alive even more on the live stage. You can catch the band this Friday at Great Scott, helping pals Spirit Kid release a new album along with Andy Sadoway of Bent Shapes.

With Spring knocking on the door, Jeremy Mendicino and Holden Lewis of Pretty & Nice were kind enough to present us with a playlist of “songs to smell thawing earth to.” Obviously this is an activity that requires a meticulously selected soundtrack, so see below for your essential Wednesday playlist.

Holden: “Spring is all about getting back into the habit of moving, getting out into the world.  Get out into it!”
Jeremy: “Can you feel the cool breeze through the car window?  Maybe you can even take off your parka!”
Holden: “I don’t know what this song is about, but it sounds like the what snowflakes look like, and they’re probably melting too.”
Holden: “This is a no-brainer.  A beautiful little one-two from the best XTC record.”
Jeremy: “Like the sound of the sun flickering through the silver sky, through the trees, through the side of the winter hat you’re still wearing.”
Holden: “I used to drive around VT in my ’93 Sentra (w/ the automatic seatbelts!) blasting this stuff in high school.”
Jeremy: “Vashti Bunyan welcomes you to her crisp kitchen.  Help her feed the kitties, weave a basket, watch the sunset, ask her to sing you to sleep.  The morning will bring oatmeal and maybe we’ll all go ride the donkeys.”
Jeremy: “I think this is probably what it sounds like if you timestretch a blade of grass breaking through the snow.”