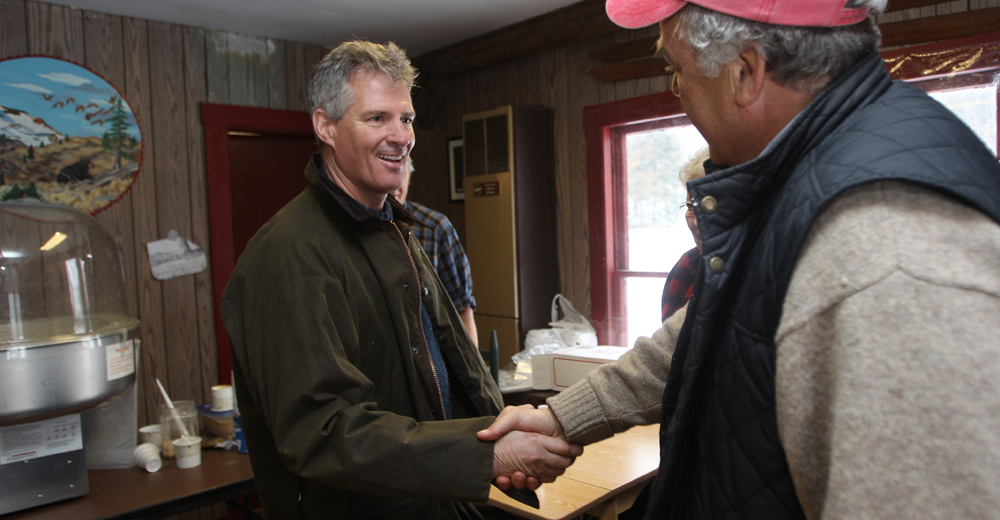 Hopefully you were able to strike out on your own (and not strike out … on your own) last weekend during Pre-Bar’s vacation. If not, dust off that tush and try again. We’re back with conversation topics ripe for satire, such as fake meat, selfies, and Scott Brown. So read on and good luck this weekend.

The Edgar Allan Poe Foundation—undoubtedly a group of well-read, sleep-deprived horror enthusiasts with sunlight allergies—has raised enough money to install a Tim Burton-esque statue of the author this October on Boylston Street.

It’ official: Scott Brown has hung up the tailored suit in favor of his barn jacket. The former Massachusetts senator has quit his job at a Boston law firm and will run for Senate in New Hampshire, this state’s evil, but conjoined New England twin.

Bar trivia! Guess the context of this quote:

“We still feel like this is a community event. It shouldn’t feel like a prison camp or something like that. … It will not be over the top.”

(Sounds fun.) The prize of one shaken can of Corona (bubbling over the top … get it?!) goes to the most creative answer.

The Massachusetts House and  Senate have approved bills to increase the minimum wage by at least $2.50, or enough to buy one mediocre beer every two hours.

The soldier who killed four people and himself during a Fort Hood shooting rampage was being evaluated for post-traumatic stress disorder. Also, this just in: Water is wet, chickens walk funny, and the moon’s still there.

Great news for people formerly known as corporations: The Supreme Court has struck down the cap on individuals’ campaign contributions. While this won’t change the $2,600 spending limit per candidate, the decision found that the cap on how much individuals can spend in politics violated the rich people’s First Amendment right to waste their money/control politicians. Nobody tell Ruth Bader Ginsburg—she still thinks the decision was an April Fools joke.

A selfie taken by David Ortiz of himself and President Barack Obama may have been “tainted” by the Red Sox star’s endorsement contract with Samsung. Stand on your barstool and rant to the masses: “They’ve commercialized selfies?! IS NOTHING SACRED?!!” Encourage your friends to tweet pictures of you doing this with the hashtag #lookingforanendorsementdeal #openforbusiness.

Fake meat is so delicious and deceptive now that Whole Foods accidentally packaged soy as chicken (no one knew the difference), and Bill Gates has blogged about the brand “Beyond Meat,” saying, “I’ve tasted a few, and they’re very convincing.” Your topical pick-up line of the week: “You know, Bill Gates said the same thing about my meat. Rawr!”

I’m in my mid-twenties, and I’ve been working as a substitute teacher for the last couple years (I joined Teach for America right out of college). I know some of the girls in classes I teach have crushes on me — high schoolers aren’t very subtle — but I brush it off, because I’m not an idiot. Last week, however, I got a disturbing email from a girl in the English class I subbed for. Pictures were attached. You get the gist. What do I do about this situation? I obviously haven’t responded, but I’m afraid she might go Lifetime-movie on me. END_OF_DOCUMENT_TOKEN_TO_BE_REPLACED

Ridiculous doesn’t even begin to capture all that transpired, from the storm of emojis to the storming and barricading of Jordan’s house by a cavalcade of Clippers. END_OF_DOCUMENT_TOKEN_TO_BE_REPLACED

My friend has a dog, and she’s always been kind of half-assed about caring for it. I’ll see her out at a party or a barbeque all day long, so I know the dog is home alone, and sometimes she goes out right after she finishes a shift (she’s a waitress, so that might be pretty late), without even going home to feed the dog or let it out. The other day, though, I went over to her house and realized things have crossed a line. There were piles of dog feces in a couple of corners, and the entryway rug was soaked in urine when we walked in. She laughed it off and called the dog naughty, then cleaned up the poop and basically ignored it. I’m worried about the puppy, and about my friend; what kind of person does that to an animal? Should I call animal control on her? END_OF_DOCUMENT_TOKEN_TO_BE_REPLACED

My friend drives drunk. A lot. And not just “one drink too many” drunk, more like “in obviously rough shape” drunk. It not only makes me scared for her, it makes me angry: She could hurt herself or someone else, and there’s really no excuse in the era of Uber. I’ve tried talking to her about it, but she brushes it off or claims she won’t do it again, but then does, anyway. I’ve been tempted to call the cops on her just to get her to stop doing this. How do I convince her it’s not worth it before something terrible happens?  END_OF_DOCUMENT_TOKEN_TO_BE_REPLACED

Earlier this month, we posted a story about Rob, a man falsely accused of being a sex offender. END_OF_DOCUMENT_TOKEN_TO_BE_REPLACED

It’s also one that the NFL’s report can’t properly answer. Nor can the New York Daily News, despite its screaming front pages. END_OF_DOCUMENT_TOKEN_TO_BE_REPLACED