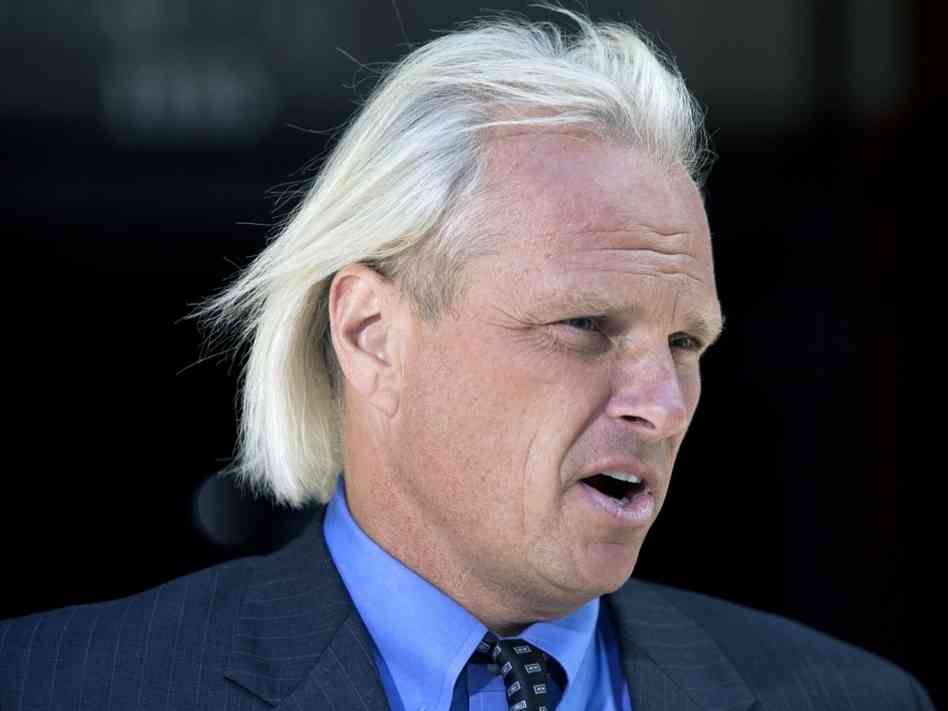 At the bars this weekend, don’t just toast to sentimental crap like the birth of your nephew or your best friend coming to town or the fact that you finally got that ankle bracelet removed. Toast to the end of the government shutdown, JP Morgan’s admission of wrongdoing, this guy’s platinum ‘do (above), and the newest Masshole reality show about modern-day lumberjacks. That will get the whole bar cheers-ing.

The Senate reached a bi-partisan debt deal Wednesday night, just before the debt ceiling time bomb ticked out. Discuss the ways in which the government shutdown was like an action movie for people who love inaction. Write scenes in which nothing really happens and make casting decisions (Clint Eastwood as Mitch McConnell! In an inspired turn, Christopher Walken as John Boehner!). Frantically scribble these ideas on cocktail napkins, turning to your friends every so often to announce, “We’re gonna be rich!” With the debt limit pushed to Feb. 7, we smell a sequel!

A new report from the Center for Labor Research and Education reports that 52 percent of fast-food workers are enrolled in at least one public assistance program, such as Medicaid, the Children’s Health Insurance Program, or food stamps. Burger flippers’ low wages and non-existent benefits contribute to this problem, which costs the federal government an estimated $3.9 billion a year. Labor advocates say bumping hourly wages up to $15 per hour would be a small price to pay for—er, the small price you pay to ingest genetically-modified meat patties. Possible pick up line: “I don’t think of you as a piece of meat, but if I did, you’d be grass-fed, organic, Grade-A, and made with care by people who earn a living wage, baby.”

Democratic state Senator Katherine Clark and Republican Frank Addivinola won their respective primaries Tuesday and will square off for the Fifth District seat formerly held by our new senator, Ed Markey. The winner of the Dec. 10 general election will join Congress, surely as a punishment for a heinous crime committed in a past life.

Residents won’t end the referendum fight over a proposed resort-style casino on the East Boston/Revere line until the ballot question hits the voting booth on Nov. 5.  But in the meantime, one resident was hit in a fight over the proposal. Louis Ciarlone, president of the International Brotherhood of Electrical Workers Local 123, was holding a pro-casino sign at a Revere rally last Saturday when political rival Charles Lightbody allegedly punched him. Lightbody was arrested for “assaulting a person over 60,” an embarrassing charge for everyone involved.

JP Morgan Chase has agreed to pay a $100 million settlement over allegations of market manipulation in the “London Whale” trading scandal. But what really made the deal historic is that the bank admitted to wrongdoing, which is something large financial institutions don’t generally love to do. Members of the trading commission got so high on the rare “oopsy” rush that Bart Chilton, a flaxen-maned member of the Commodity Futures Trading Commission, told the New York Times, “Admitting to these findings of fact needs to be something part and parcel to these types of settlements.” Toast to that, then list the other apologies banks should publicly acknowledge. One point per cuss word.

The Head of the Charles is this weekend, so pop that collar, rename one of your friends “Muffy” and another one “Biff,” and shoehorn the word “regatta” into all of your sentences.

The next season of Donnie Wahlberg’s reality TV show “Boston’s Finest” will premiere on TNT in November. Meanwhile, the National Geographic channel has broadcast its first episode of “Big Bad Wood” (yes, really), which follows several Massachusetts tree-cutting companies. Discuss other novel reality show subjects about people just doing their jobs, such as reality shows about nurses gone wild, preachers, jousting — nope, those all already exist … you’ll have to get more specific — unicyclist sushi chefs, morticians looking for love in the big city, seeing-impaired librarians who moonlight as wrestlers, etc.

Caroline Kennedy has been confirmed as the next US ambassador to Japan. First order of business: a diplomatic mission to bestow a Neil Diamond addiction on the people of Tokyo. You’re welcome!

State health officials have pulled a program that sends letters home to the parents of obese public school children. The campaign was designed to inspire honest conversations that would stem the rising tide of obesity. What could go wrong? Schools, wishing to save money on postage, sent kids home with the envelopes, giving bullies free material. No word on whether the state will also scrap its letters to parents about children being recruited by the infamous Pen15 gang.

Enter to win a pair of tickets to attend The Hess Collection Seminar and Dinner as part of Boston Wine Festival 2018 at the Boston Harbor Hotel on Wednesday, March 14th. END_OF_DOCUMENT_TOKEN_TO_BE_REPLACED

This year, the festival is welcoming more female wine producers than ever before, making up 20% of all winemakers that will be at the festival. END_OF_DOCUMENT_TOKEN_TO_BE_REPLACED

The holidays are here, so raise a glass. END_OF_DOCUMENT_TOKEN_TO_BE_REPLACED

‘Tis the season to mix a nice, stiff drink. END_OF_DOCUMENT_TOKEN_TO_BE_REPLACED

Warm up with Tito’s on your sweater and Tito’s in your glass. END_OF_DOCUMENT_TOKEN_TO_BE_REPLACED

There’s a ton going on at Idle Hands in Malden this spring. Dan McDonnell and Josh Deering joined me in studio to talk about Maifest, what’s new in the Taproom, and their collaboration with The Black Ale Project. Oh, and don’t miss Idle Hands at BeerAdvocate’s Microbrew Invitational next month! END_OF_DOCUMENT_TOKEN_TO_BE_REPLACED

Giovanna Guzman is the marketing coordinator at Kings Bowl, who you can visit in the Back Bay, Burlington, Lynnfield, Dedham, and soon in the Seaport. We talked beverages, naturally, seeing as it’s Thirsty Thursday. And we sampled sangria. And it was soooo good. END_OF_DOCUMENT_TOKEN_TO_BE_REPLACED

These five words might change your life: Farmer Willie’s Alcoholic Ginger Beer. Co-founders Nico Enriquez and Max Easton were in studio with me this morning. Nine-packs and kegs of Ginger Session coming next week! END_OF_DOCUMENT_TOKEN_TO_BE_REPLACED