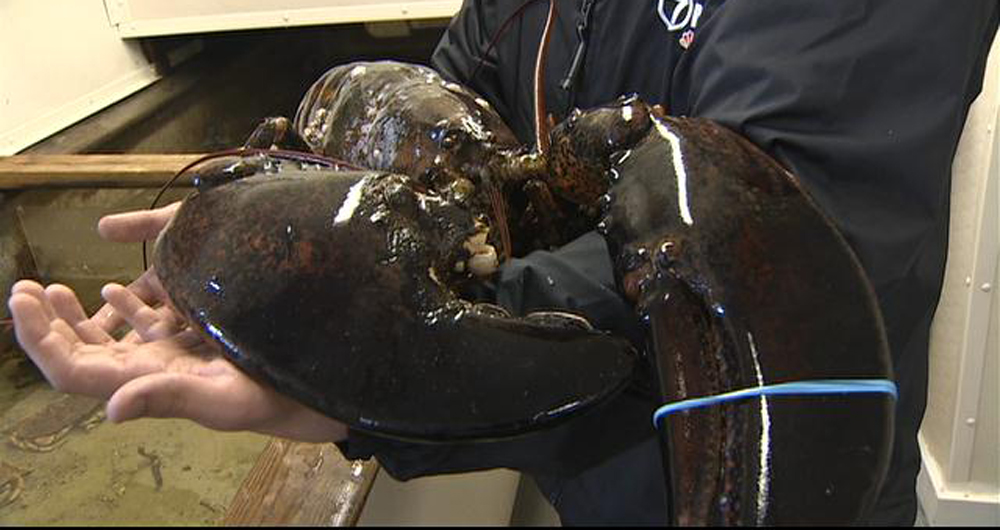 Summertime and nostalgia seem to go hand in hand. You could fight your longing for a past that always seems rosier than it actually was … or you could embrace it and turn it into an occasion to drink, dance to disco, and tell tall tales about the fish that got away–and if you do, here’s a handy guide to keeping your nostalgia topical and relevant.

Longing for the days of sipping mint juleps and rooting for whichever horse has the most intriguing name? Well, racing season ain’t over, friends. Next Friday, a pair of RunKeeper employees will determine the answer to an age-old question: could a normal person outrun a Green Line train? Put your money on it, and also point out that most people’s knees don’t screech in protest whenever they handle a tight turn (and if they do, you should get that checked out).

Luke, the 18-pound, 75-year-old lobster of your nightmares who has been living at Mullaney’s Fish Market in Scituate, will be released back into the Atlantic—allegedly because he’s such a marvel, but really because no one has a man-sized pot. Use this as an opportunity to regale the bar with stories of your fishing trophies (“He was this big”).

Attorney General and gubernatorial hopeful Martha Coakley blasted WEEI’s Kirk Minihane for his sexist rant against FOX sports reporter Erin Andrews, who he called a “gutless bitch.” We all know  Coakley doesn’t follow the Red Sox, but if she’s expecting decency or rhetoric of any value at all from Boston sports radio, then you really aren’t paying attention.

The mayor’s office shows it’s cool and hip and “with it” by hosting a roller disco party in honor of Dorchester native Donna Summer today. So, hell yeah, we’ll see you there.

A scathing audit of the Boston Redevelopment Authority found that the agency is failing complete essential enforcement tasks, including rent collection on public property, and ensuring that developers to improve roads and parks as promised. Who would have thought that an organization with the acronym “BRA” wouldn’t be able to hold up its basic responsibilities?

The Pew Research Center (whenever introducing the center, it’s customary to make your hands into little guns and shout “Pew! Pew!” while shooting from them) conducted a study asking participants to rate their feelings about other religions, and it turns out Jews can still consider themselves (just barely) the chosen people. Well, do your part to bridge the gap. If you’re single, trying reaching across the pew this weekend, and make that part of your pickup line. A few examples: “Tell me more about this covenant Abraham made with God” or “What’s a nice goy like you doing in a dive like this?” or “Hindu? I barely even know you! … But sure, let’s go back to your place.”

Enter to win a pair of tickets to attend The Hess Collection Seminar and Dinner as part of Boston Wine Festival 2018 at the Boston Harbor Hotel on Wednesday, March 14th. END_OF_DOCUMENT_TOKEN_TO_BE_REPLACED

Boston band Funeral Advantage is Tyler Kershaw. And Tyler Kershaw had a fun childhood, so it seems. END_OF_DOCUMENT_TOKEN_TO_BE_REPLACED

Perry put me on to daephne and the album blew my mind. END_OF_DOCUMENT_TOKEN_TO_BE_REPLACED

While many have called out Davis since a video of her refusing to issue a marriage license to Rowan County residents David Moore and David Ermold went viral in July, relationship columnist and gay activist Dan Savage went a step further on MSNBC Tuesday night, saying that “this is about someone hypocritcally looking to cash in”. He added: “And she is a hypocrite.” END_OF_DOCUMENT_TOKEN_TO_BE_REPLACED