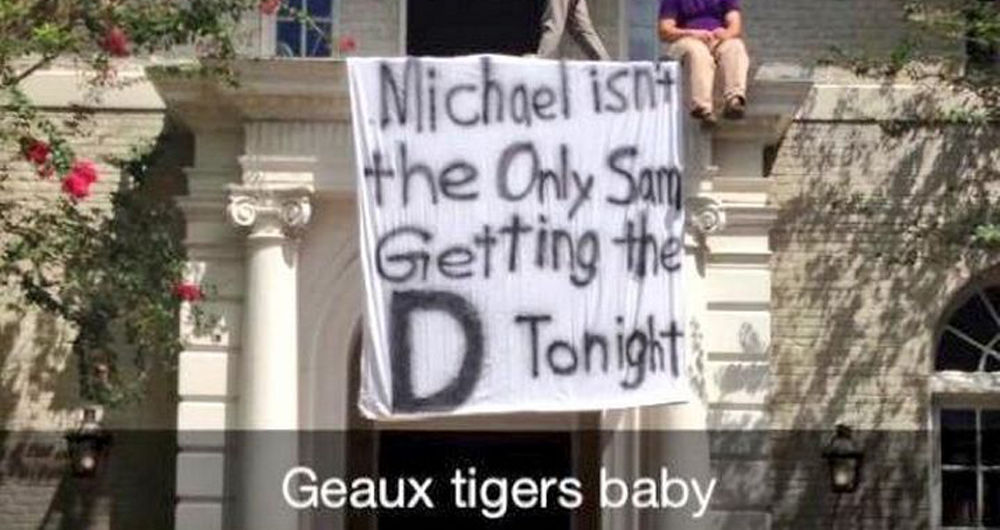 It’s hard to know how to show people that you’re an informed individual while keeping things charming and light. You don’t want to stick your foot in your mouth, or, as they say in Utah, your bullet in your leg, or, as they say in Baton Rouge, hang the banner on your frat house, or, as they say in the NFL, make a big oops. But you also want to be able to “get” the references in the previous sentence. So here’s a cheat sheet to help you get through the weekend with your pride in tact.

After this week’s primaries, two losers are running for governor in Massachusetts: Attorney General and former unsuccessful senate candidate Martha Coakley vs. former state cabinet official and perennial gubernatorial candidate Charlie Baker. Baker is now gearing up his campaign, releasing a TV ad highlighting his experience and flood pants. In the video, Baker’s beloved 17-year-old daughter seems to be just learning now that he’s running for governor, then goes for a walk through the neighborhood during which she reviews her father’s résumé … obviously every teenage girl’s favorite pastime. This weekend, make an inebriated call to dear old dad and thank him for not running for office.

Your weekly downer of a discussion topic: Just in time for 9/11’s thirteenth anniversary, this.

Frat boys will be frat boys, and the brothers at DKE at Louisiana State University are no exception. They got in trouble for a banner that read “Michael isn’t the only Sam getting the D tonight,” a reference to LSU’s season opener against Sam Houston State University, and also to the fact that Dallas Cowboys player Michael Sam is gay, haha. The university is shocked—shocked!—to find offensive humor on DKE’s wall. After all, this is the same frat house that brought us such tasteful banners as “Getting Massacred Is Nothing New to Kent St.” and “Like the Batman premiere, we’re starting off with a bang!”

With the Red Sox eliminated from the postseason, the only contentious fight going on at Fenway Park is the tiff between ferocious mixer of metaphors Sly Egidio and his former employer and rival program vendor Boston Baseball. Somehow, he has a cult following, but Egidio seems to have a special, inimitable charm, so don’t try to copy him. If you go into a bar wearing war paint and mixing Star Wars, military, and baseball metaphors, you probably will not end up with a pack of lackeys eager to do your bidding.

Whoops! The NFL realizes that having Rihanna (who was the victim of domestic abuse) sing the opening song for a Ravens game (days after the Ravens fired Ray Rice for assaulting his wife) might not be the best idea ever.

A teacher carrying a concealed gun in the Utah elementary school where she worked accidentally shot herself in the leg, proving once again that the only defense against a bad teacher with a gun is a good teacher with a gun … and sometimes they are the same person!

The MBTA knows how to reach “the kids”: Make PSAs in which people are depicted as sickly, overweight Lego creatures and floating exclamation points intervene just before terrible things happen. (But seriously, BU students: Don’t use your cellphone while in motion on Comm Ave.)

A man with a passion for steamed vegetables broke into a Rockland home at 1:40 a.m. and attempted to cook corn on the cob by placing it on the stove, then took a swing at the homeowner when he was asked to leave. The phantom corn eater was charged with breaking and entering, assault with a delicious weapon, and improper cookery. Your topical pickup line of the week: “I’m afraid a man will break into my house in the middle of the night and nearly set the place on fire by trying to grill an artichoke on an open flame. Can I stay at your place?”

Enter to win a pair of tickets to attend The Hess Collection Seminar and Dinner as part of Boston Wine Festival 2018 at the Boston Harbor Hotel on Wednesday, March 14th. END_OF_DOCUMENT_TOKEN_TO_BE_REPLACED

Boston band Funeral Advantage is Tyler Kershaw. And Tyler Kershaw had a fun childhood, so it seems. END_OF_DOCUMENT_TOKEN_TO_BE_REPLACED

Perry put me on to daephne and the album blew my mind. END_OF_DOCUMENT_TOKEN_TO_BE_REPLACED

While many have called out Davis since a video of her refusing to issue a marriage license to Rowan County residents David Moore and David Ermold went viral in July, relationship columnist and gay activist Dan Savage went a step further on MSNBC Tuesday night, saying that “this is about someone hypocritcally looking to cash in”. He added: “And she is a hypocrite.” END_OF_DOCUMENT_TOKEN_TO_BE_REPLACED