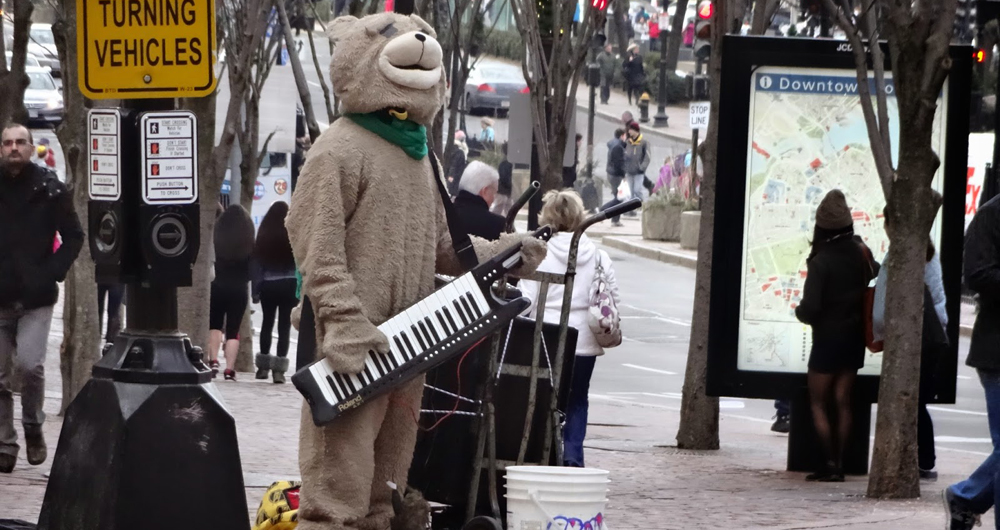 Don’t be alarmed: those bare lower extremities you’re seeing are called “legs.” That’s right, spring is finally sort of almost here, and people are no longer dressed for the Siberian wilderness. This weekend, as you run from roof deck to beer garden twirling and skipping, remember your good old cheat sheet of conversation topics ranging from Tea Party hush money to Snapchat’s not-so-disappearing nudie pics. After all, you can only ride “nice weather we’re having” for so long.

Your weekly bar discussion question is pulled from the headline in our very own Globe Magazine: “What will a Green Line extension do to Somerville?” (The short answer: gentrify the hell out of it.)

A driver who appeared to have a passenger with a wispy mustache and enviable eyelashes was pulled over by Quincy Police, because escorting a mannequin head across town does not give you license to drive in the carpool lane, even if the dead-eyed passenger does look like Mr. Clean’s gender-questioning younger brother.

Boston’s Nigerian community held a rally Thursday in honor of the 276 Nigerian women kidnapped by the Islamic extremist group Boko Haram. The act has been condemned not only by the international community, but also by jihadists and even Al Qaeda. How often do you hear about Al freaking Qaeda saying, “whoa, that’s extreme”?

Keytar Bear, the most lovable anthropomorphic fuzzy creature in the Greater Boston Area (sorry, Wally), is on medical leave, after he was attacked twice (possibly by the same asshole) while performing. According to Mr. Bear, his instrument was damaged and his nose was broken. Fundraisers have been started in his honor, and we can only hope this means he’ll return soon. Not only has the city been robbed of a talented musician, but a great dancer as well.

GOP party leaders and Tea Party candidate Mark Fisher are squabbling about whether the party tried to bribe Fisher with $1 million or whether he demanded that amount as a settlement to his superior court lawsuit. Fisher claims party leaders cheated him out of his primary candidacy by purposefully miscalculating delegate votes at the state’s Republican convention. A Tea Party candidate pissing off the establishment?! Who would’ve thought?!!

Neko Case is officially an honorary Bostonian. She paid a recent Boston parking ticket with the comment, “Eat me.” She’s a natural at New England aggression!

Enter to win a pair of tickets to attend The Hess Collection Seminar and Dinner as part of Boston Wine Festival 2018 at the Boston Harbor Hotel on Wednesday, March 14th. END_OF_DOCUMENT_TOKEN_TO_BE_REPLACED

This should never have happened. END_OF_DOCUMENT_TOKEN_TO_BE_REPLACED

I spend far too much time on Twitter. Here’s a handful of posts from last year that I found to be entertaining on one level or another. Enjoy. END_OF_DOCUMENT_TOKEN_TO_BE_REPLACED

Apologies in advance for burying this in your skull forever. END_OF_DOCUMENT_TOKEN_TO_BE_REPLACED

If you like cover songs, you’re gonna love this. And by love, we mean probably hate. END_OF_DOCUMENT_TOKEN_TO_BE_REPLACED

Whether you celebrate the unofficial beginning of summer on Memorial Day weekend, or Meteorological Summer on June 1, or the Summer Solstice, make no mistake: summer is here. END_OF_DOCUMENT_TOKEN_TO_BE_REPLACED

The nu-metal mainstays have covered the unlikeliest of songs. END_OF_DOCUMENT_TOKEN_TO_BE_REPLACED