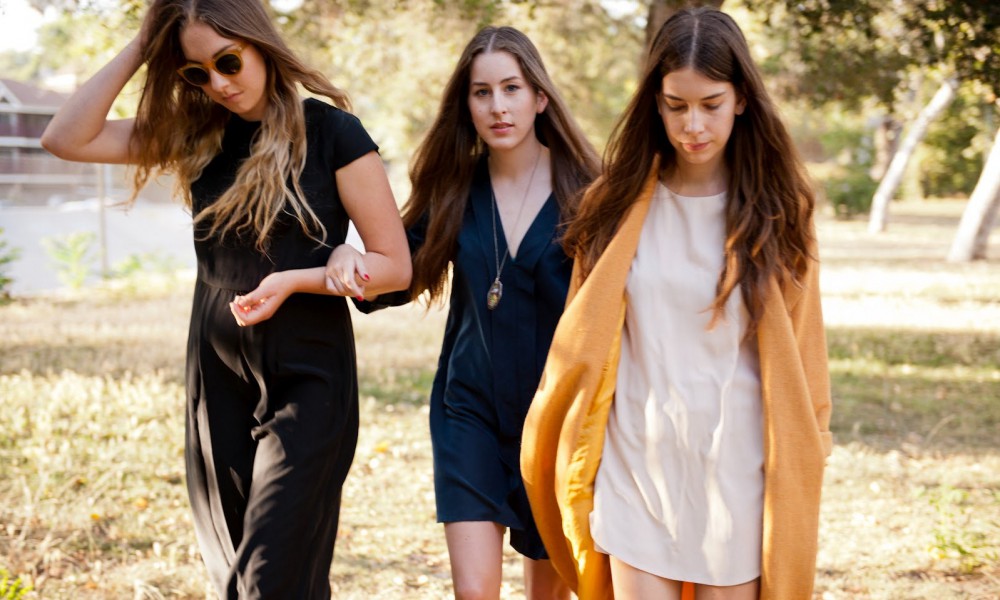 There are some amazing bands RadioBDC is championing that feature family members. Keeping it all in the family, here are a few you should check out.

The Orwells are from Illinois. Members Mario and Dominic Cuomo are cousins, and Grant and Henry Brinner are twin brothers. The band is rounded out with guitarist Matt O’Keefe. The childhood friends formed the group in high school and were discovered in 2011. Check out “Who Needs You”

Blondfire are a brother and sister duo, Bruce and Erica Driscoll. Born and raised in Michigan, they now reside in New York. They’ve released 4 ep’s and have a new album coming out on February 11. You’ve heard their songs “Waves” (my personal fave), “Where the Kids Are,” “Walking with Giants,” and the new single “Young Heart” on RadioBDC. Blondfire played an awesome show for us at Brighton Music Hall last September. Here’s the video for “Waves.” Did I mention this is one of my favorite tunes from the band? I think I did.

Brooklyn, NY is home to the punk rock group The So So Glos. The band formed in 2007 and is made up of brothers Alex and Ryan Levine and their step-brother Zach Staggers: the three have been friends since pre-school. The So So Glos have put out four albums, with the most recent–“Blowout”– released last year. They say they’re “keeping it real;” I say their great punk rock ethos and catchy tunes will make you want more and more. Crank up “Lost Weekend.”

Alana, Danielle, and Este are the sisters that make up the rock group Haim (rhymes with “time.”) The girls grew up in the San Fernando Valley, listening to their parents classic rock albums and playing music with their parents from an early age. 2012 was a huge break out year for the band, and in 2013 the sisters topped quite a few best-of lists. Beloved by artists like the Strokes, Julian Casablancas asked Danielle to appear on one of his solo albums and tour with the band. She also played drums for Jenny Lewis, and the band once had Florence Welsh jumped on stage to sing a song, and then stage-dive. Check out “Forever,” as heard on RadioBDC.

Danny and Richard McNamara are two of the five members of the Britpop band Embrace. They formed in 1990, broke up in 1996, then returned in 1997 with a new bass player, releasing the single “All You Good Good People.” After two critically acclaimed albums, the band was dropped by their label in 2002 and broke up again, only to return with a new deal in 2003. Danny insisted the band members work on solo projects, so they took a third break from 2007 to 2010. The band announced they were ready to record their sixth album in 2011 and released “Embrace” just last month. Here’s the first single, “Refugees.”

Enter to win tickets to see Trio Da Kali at The Villa Victoria Center of the Arts (Newton, MA) on April 10th. END_OF_DOCUMENT_TOKEN_TO_BE_REPLACED

END_OF_DOCUMENT_TOKEN_TO_BE_REPLACED

Enter to win tickets to Rhye at The Paradise on February 28th. END_OF_DOCUMENT_TOKEN_TO_BE_REPLACED

Click here to see where we’ll be the rest of the season! END_OF_DOCUMENT_TOKEN_TO_BE_REPLACED

END_OF_DOCUMENT_TOKEN_TO_BE_REPLACED

Enter to win a pair of tickets to attend The Hess Collection Seminar and Dinner as part of Boston Wine Festival 2018 at the Boston Harbor Hotel on Wednesday, March 14th. END_OF_DOCUMENT_TOKEN_TO_BE_REPLACED

The Black and Gold continue their run tonight at TD Garden. END_OF_DOCUMENT_TOKEN_TO_BE_REPLACED

Her new album has been pushed back, but we have Kimbra’s new single for you. END_OF_DOCUMENT_TOKEN_TO_BE_REPLACED