Play-Doh? More Like Play-Dildoh: Hasbro in Hot Water With Parents Over Penis-Shaped Accessory

Uproxx first noted Play-Doh’s Facebook page was overrun with people complaining about the phallic nature of the frosting extruder.

I dunno if anyone else follows Play-Doh on Facebook but you should cause they’re doing some serious damage control pic.twitter.com/TooleS5PgE

I salute the designers who somehow managed to get this Play-Doh icing maker past their bosses. http://t.co/cRCnsEMmmo pic.twitter.com/0aQMtJS9Wi — Saladin Ahmed (@saladinahmed) December 30, 2014

Channel 8 in Tulsa showed the piece to some parents (even censoring the toy part in their newscast) before reaching out to Hasbro to see if they planned to change the part out.

According to Channel 8, Hasbro has already come up with a replacement part, and will swap out the less penis-like counterpart for free if any customers have concerns.

“We have heard some consumer feedback about the extruder tool in the Play-Doh Cake Mountain play set and are in the process of updating all future Play-Doh products with a different tool.” 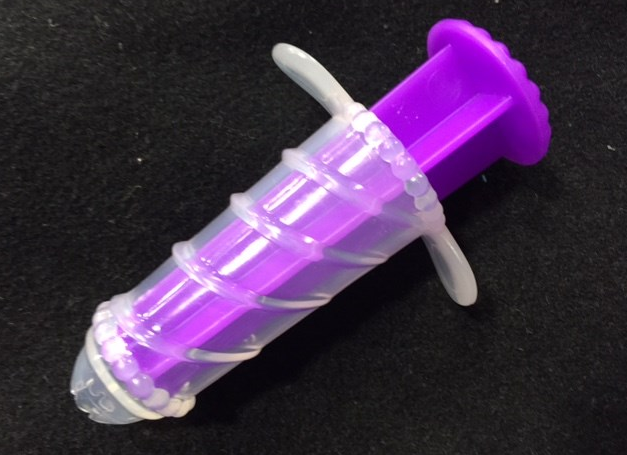 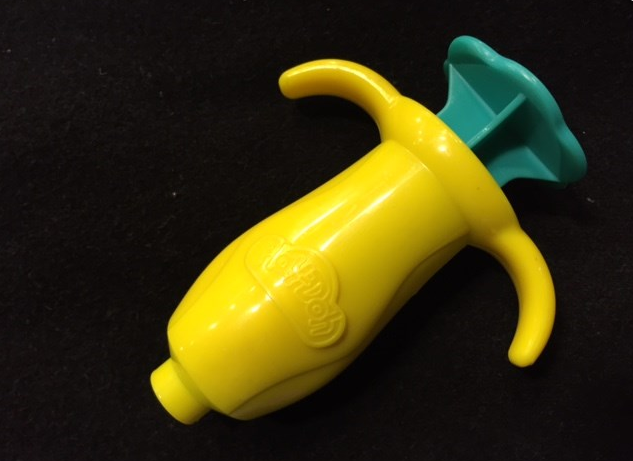 According to Channel 8, although Hasbro claimed they were replacing the offending dong froster with its less offensive counterpart, several of the Sweet Shoppe Cake Mountain playsets found in stores still had the original part. If anything, you should hurry and get it now, because the world’s greatest gag gift will be gone before you know it.