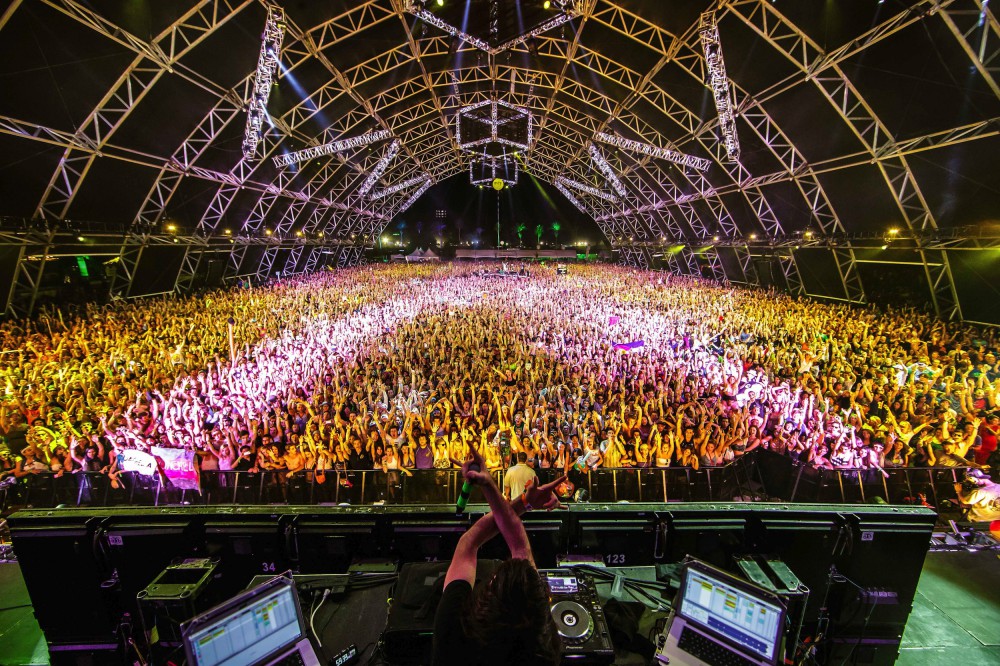 The lineup for the 2014 Coachella Music Festival was announced last night, and of course everyone has an opinion about it. Opinions have been mixed, and as is always the case, complaints have been loud. The 14th annual festival in Indio, Calif., which happens over two consecutive weekends in April and costs $349 for a general admission ticket, boasts reunions from OutKast and The Replacements (again), along with Muse and Arcade Fire as co-headliners. But before we all lose our minds arguing why this roster doesn’t suit our particular tastes and needs, let’s evaluate Coachella’s booking history and make some conclusions about what they’re going for this year.

Many saw the OutKast news coming from a mile away. That shouldn’t take away from the fact that OutKast is easily the most exciting name on this lineup, and it’s immediately the best music news of 2014. But besides the Atlanta rap legends and the already occasionally reunited Replacements, Coachella didn’t work much of its signature reuniting power for 2014. Whereas last year, when three of the four headliners had been around for at least two decades (Blur, Red Hot Chili Peppers, and Stone Roses), this year’s lineup gathers names that continue to top the current charts, or at least ones that college-aged and post-grad listeners will label as relevant. Sure, this is a bummer if you were expecting a Talking Heads reunion (which will never happen), but perhaps a band that gigs and records consistently will in theory put on a tighter performance? Regardless, this year’s festival will likely weed out both studied music snobs and older dad-rockers. Hopefully, the youngsters that will populate the polo grounds will have it in their senses to see acts like the Replacements and Motorhead, but it wouldn’t be surprising to see sets by The Afghan Whigs and Jon Spencer Blues Explosion have an underwhelming attendance.
Music festivals have become an entirely different beast in the past couple years due to the sheer amount of gatherings, and since Coachella has built a level of prestige for over a decade, the music could be as lackluster as it wants, yet a crowd would still flock because of the “event” it has become. Luckily, the organizers of Coachella do not rest on their laurels and are able to recruit some of the biggest names in the business. Perhaps an equally motivating factor for ticket buyers, along with the buffet of music talent, is that Coachella is now the “place to be.” Throughout the summer, just about all of these bands will play other festivals around the country, but Coachella is the trendsetter, it’s the bar to meet. It’s also a great place to try out that new bikini, show off your sick collection of tank-tops, or maybe even spot Beyonce or Jay-Z in the crowd just like you. The point is, Coachella has built itself up enough now that providing cutting-edge music isn’t necessarily the factor putting butts in seats. Luckily, festival organizers, for the most part, seem to overlook this and provide an impressive bill.
Despite being such a premier event, Coachella seems to lack a defining factor. SXSW is a tastemaker’s paradise, where snobbier types go to sample and get ahead of what is new in the music industry. Others like CMJ and Pop Montreal are smaller-scale versions of SXSW. Bonnaroo is on the other end of the spectrum. Its jam band roots have allowed the festival to maintain a hippie vibe, but it’s evolved into a comprehensive behemoth of recognizable names from every corner of the music world. Summer staples like Summer Camp and Gathering of the Vibes are more akin to this style. Events like Newport Folk Festival and Ultra feed into very niche audiences, attracting mostly those in Civil War-era garb and neon, respectively. Coachella is commendable for floating somewhere in between this whole mess. If you’re unsure of your own music tastes, intimidated by those who are too sure of their own music tastes, or just curious as to what’s hot these days, Coachella is your best bet.
Coachella has a knack for predicting musical trends with its lineup. Whether it was the alt-folk of 2009, the dance rock phase of 2006, or even shades of the emo trend in early lineups, Coachella has been something of a musical Nostradamus in years past. This year, there seems to be no salient subgenre to pinpoint, but what is definitely clear is that electronic music is more prevalent than ever. All types of electronic music, too. There are big commercial names like Calvin Harris, Skrillex, and Zedd, there are electro-pop up-and-comers like CHVRCHES, Ellie Goulding, and Flume, there are electronic acts that gained traction within the hippie/jam band community like Big Gigantic and The Glitch Mob, and acts that will appease electronic purists like Fatboy Slim, Duke Dumont, Bonobo, and DJ Falcon.
The only thing music fans complain about more than award shows is music festivals. There will never, ever be a multi-day, multi-band music festival that will please everybody. Take a more thorough glance at Coachella’s lineup, though. A common early critique has been something like, “I could pull 10 bands from here and make an incredible one-day festival.” Clearly, there are certain acts for certain audiences. But Coachella makes a concerted effort to make sure that this is the case for fans of every taste. Personally, I’d rather eat my own toenail clippings than see Muse play a set, but I’d also eat my own toenail clippings to be able to see OutKast. You win some, you lose some.