Phish, How To Dress Well, Ed Sheeran, More Albums Out This Week 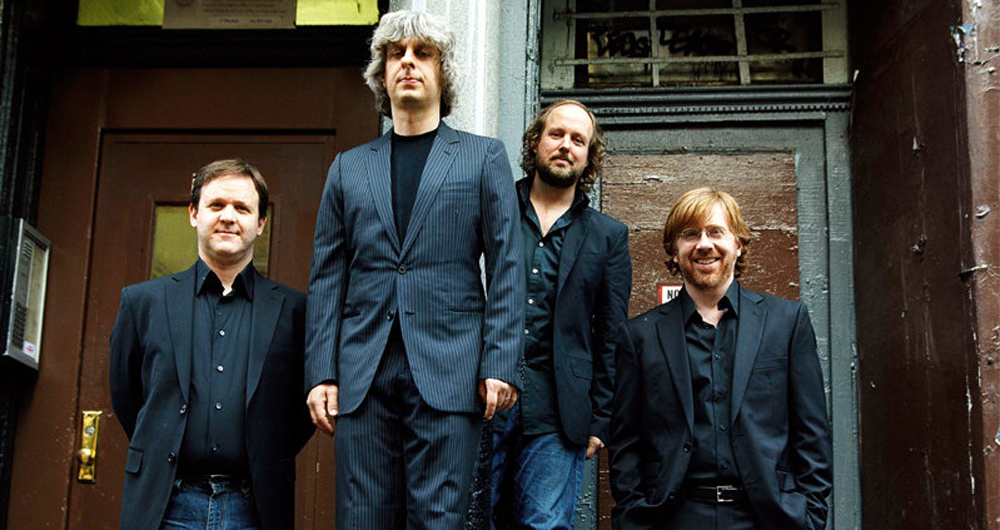 It’s that time of year when outdoor concerts are the hot ticket. Chances are, you have a buddy who will try to convince you to go to a Phish show. Don’t be frightened, the smelly people with the hair are actually very nice. If you need a primer on what the Vermont quartet has been up to as of late, as well as new records from a bevy of other acts making the rounds this summer, look no further.

The Vermont jam band heroes once again deliver a completely different product, but create one of their most palatable efforts to date. That said, if the quartet’s first eleven albums didn’t click for you, chances are number twelve won’t exactly do it either. For the Phish faithful, however, “Fuego,” not only delivers studio precision, having collaborated with Bob Ezrin of Pink Floyd’s “The Wall” fame among many others, but it presents a number of next-level jam vehicles that will surely translate into captivating experiences as they mature in the live setting. Sure, as with any Phish record, there are doses of lyrical cheese (see: “The Line”), but the majority of the album reflects multi-dimensional sincerity– a great example being the polar-opposite pairing of the chillingly ambient “Waiting All Night” with the chunk-funk caricature of “Wombat.” It’s Phish at its most tempered, patiently and meticulously crafting a studio effort that most successfully encompasses the band’s live aesthetic.

Sounds like: “Dark Side of the Moon” for the Internet Age, that band that actually deserves to be at your favorite summer festival, an Animal Collective fan’s guilty pleasure.

-Perry Eaton
Some may say that Black Bananas’, “Electric Brick Walls,” marks a complete departure from frontwoman, Jennifer Herrema’s usual raggedy scuzz-rock sound she’s become infamous for. I mean, her and Neil Hagerty’s dirt-bag rock band, Royal Trux, was fueled by heroin, crappy four-tracks, and their strenuous romantic relationship, but also produced music that pioneered then unexplored territory between classic rock, lo-fi, and avant-whatever. Sure “Electric Brick Walls” reeks funk, and go-go, and even delivers a healthy serving of some synth-pop melodies, which makes sense since Herrema grew up in DC listening to Funkadelic, but Black Bananas are still, first and foremost, a raucous rock band – overdriven guitar, jackhammer riffs, and Herrema’s raspy charisma. “Electric Brick Walls,” is an ingenious molding of distorted, freak-out guitar and ass-slappin’, electric boogie upgrades.

-Alex Khatchadourian
British singer-songwriter Ed Sheeran hasn’t evolved much from his 2011 studio debut “+” (pronounced “plus”). His sophomore record “x” (pronounced “multiply”) has yet to even touch on the 23-year-old’s unexplained fascination with mathematical operations. But while the matching titles remain largely a mystery, they do signify something—Sheeran found a package that worked, and he’s pretty comfortable sticking with it. Like its predecessor, “x” occasionally shows off side of Sheeran far more than just formidable, even as he keeps to a somewhat exhausted formula. The Pharrell-produced “Sing” is the first track to ever truly make sense of Sheeran’s unwieldy rap obsession, while “Photograph” recreates the endearing acoustic mix that made “Drunk” and “A Team” two of Sheeran’s best. Sheeran’s fan-girl fueled climb to the mainstream airwaves, however, has left him tethered to his fuzzy man-child persona—it’s slightly endearing, but decidedly also does a lot to discredit anything he might be outside of it. While “x” seems to be Sheeran’s first step away from Disneyland, it’s certainly not the clean break from the old schtick Sheeran needed at this point in his career.

-John Wiley
Poor Ab-Soul scarcely makes it through a review without drawing a comparison to Black Hippy figurehead Kendrick Lamar, but the fact is that the good kid from the M.A.A.D. city isn’t the only West Coast rapper innovating backpack trap. “These Days…,” the third solo effort from Ab-Soul, is more than just a worthy successor to the California emcee’s breakout “Control System,” it’s an ether-laced opus from a flagbearer for hip-hop’s next level. Throughout the album, Ab-Soul takes an Exacto to hip-hop tropes, reassembling the pieces in a blurry, 808-happy trip that is part hypersexuality and excess and part hi-hat-cracked poetry.

-Jerard Fagerberg
While I was a fan of How to Dress Well’s last album, 2012’s “Total Loss,” his latest, “What Is This Heart?,” feels like a leap forward, in terms of scope, feeling, and sound.  His work has been deemed “indie R&B” by some, but he denies this label, preferring to be referred to as more of an experimental artist.  The music drifts between pop accessibility and dark feelings of loneliness, loss, and death, covering a wide spectrum of emotions, with the music to match.  A musical epic on modern romance that never falters beneath its own weight.

Sounds like: Prince, Whitney Houston, and Justin Timberlake filtered through the mind of a student working on his Ph.D in philosophy (which he is)

-Tyler Cumella
Shoegaze isn’t typically the first thing I reach for when in a good mood… but A Sunny Day in Glasgow are doing their best to make it happen regularly. “Sea When Absent” is a lush and cinematic record while still maintaining that lo-fi bedroom pop sound. The music is layered and melodic ambient, while feeling so incredibly joyful and dreamy. It’s a welcome change from a sound that mostly elicits dark and brooding tunes. Even more impressive, the six members of the band are spread out across multiple continents – snippets of songs were traded back and forth between lengthy group emails during the recording process. The songs make perfect ‘soundtrack of your summer’ material. Grab your favorite frosty beverage and turn up the volume while at the beach or lounging for hours with friends.

Sounds like: the slightly hyperactive, upbeat child of My Bloody Valentine, Atlas Sound and School of Seven Bells