This 2-year-old loves his local TV lawyer ads so much, they were his birthday party theme 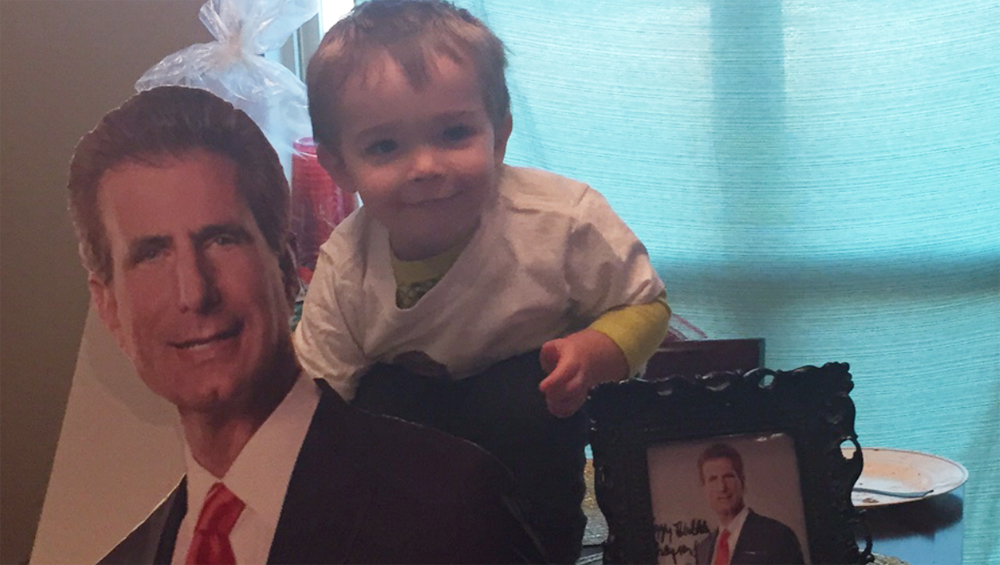 We’re all familiar with personal injury lawyer commercials—you know, the ones that run in the middle of the day during commercial breaks for daytime television, which you’re only watching because you’re home sick from work.

For 2-year-old Grayson Dobra of Louisiana, these commercials are a treat.

He loves his locally-famous personal injury attorney Morris Bart—so much so that his mother, L’erin Dobra, threw him a Morris Bart-themed party for his second birthday. 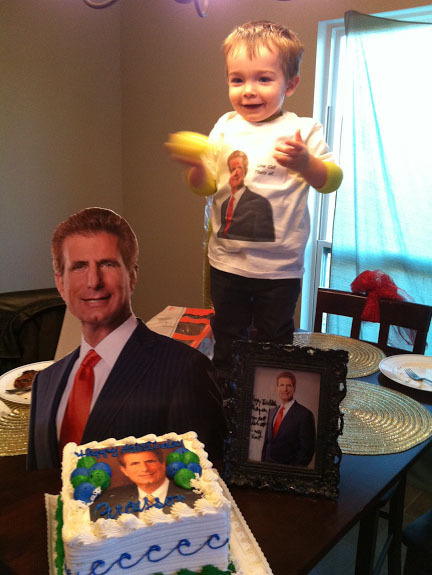 L’erin says the Bart love began when Grayson was 3 months old. At the time, she began leaving Grayson with his grandmother so that she could go back to work.

Grandma enjoys watching Days of our Lives and The Ellen DeGeneres Show, which are the exact kind of TV program that runs personal injury attorney ads during breaks. So, naturally, while Grayson and his grandmother watched TV together, Grayson saw Morris Bart commercials.

He was immediately transfixed.

The catchy music and bright colors “worked” for Grayson, L’erin says. As soon as the commercials came on, he wasn’t interested in anything else. Calling his name, offering him toys, and giving him food proved no distraction from the Bart ads.

“He didn’t want to deal with you until Morris Bart was done,” L’erin says.

The toddler would chant words from Bart’s jingle—”One Call, That’s All!”–even when the music wasn’t playing.

“Some of the first words [Grayson] said were the words to the Morris Bart commercial,” L’erin tells BDCWire. 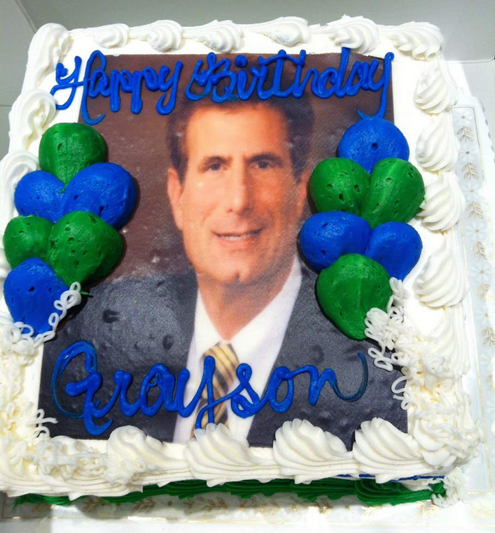 When it came time for L’erin to throw her son a party for his second birthday, she couldn’t think of a better theme than “Morris Bart.”

“I was just trying to give my son a birthday party that he would like,” L’erin says. 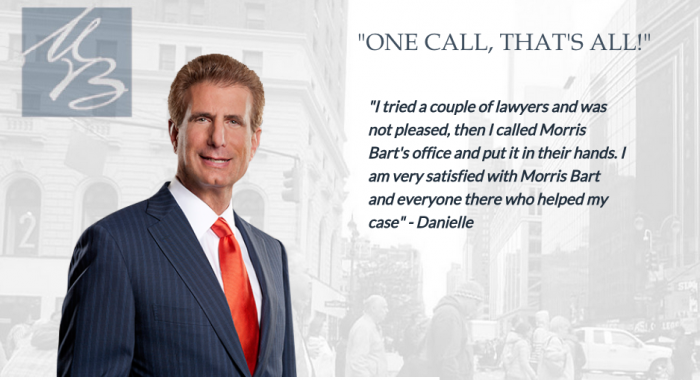 Grayson’s party included a cardboard cutout of Bart from his uncle, a Bart T-shirt from his grandmother, and a cake with Bart’s face on it from his mom. L’erin says she went to a local bakery in Baton Rouge that does picture cakes. When she called them to check on her order, they asked her if she knew she’d sent them a picture of Bart.

“They thought it was a mistake,” L’erin says.

When Grayson first saw all the Bart-related party goods, he was shocked, L’erin says.

Grayson also received a gift package from Bart’s office, which included a signed photo of the lawyer, Morris Bart keychains, and a Morris Bart T-shirt.

They sent the package after L’erin called them up and asked if Bart would make an appearance. Unfortunately, Bart doesn’t do parties yet, but this might be the beginning of a new business venture for him. 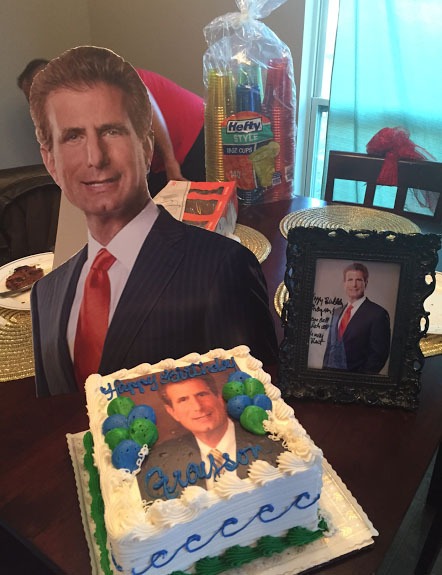 Bart tells BDCwire it’s “flattering” that his work has had such an impact on a 2-year-old. “When I read the story, I had a huge smile on my face,” he says.

Bart says he started going on TV in the 1980s and has never had such a young fan in all the years he’s been doing it.

Bart’s beginnings in lawyer advertising date back to the ’80s. He and Wellesley, Massachusetts-based personal injury lawyer Jim Sokolove, who is also known for his commercials, would meet with other lawyers from across the country to develop the personal injury attorney commercial genre that has now become so popular.

Despite suspicion from online commenters, L’erin says she is not a spokesperson for Bart’s practice. She says that folks on the Internet are accusing her of being paid to throw Grayson a Bart party.

“We’re not getting paid by Morris Bart,” she says. 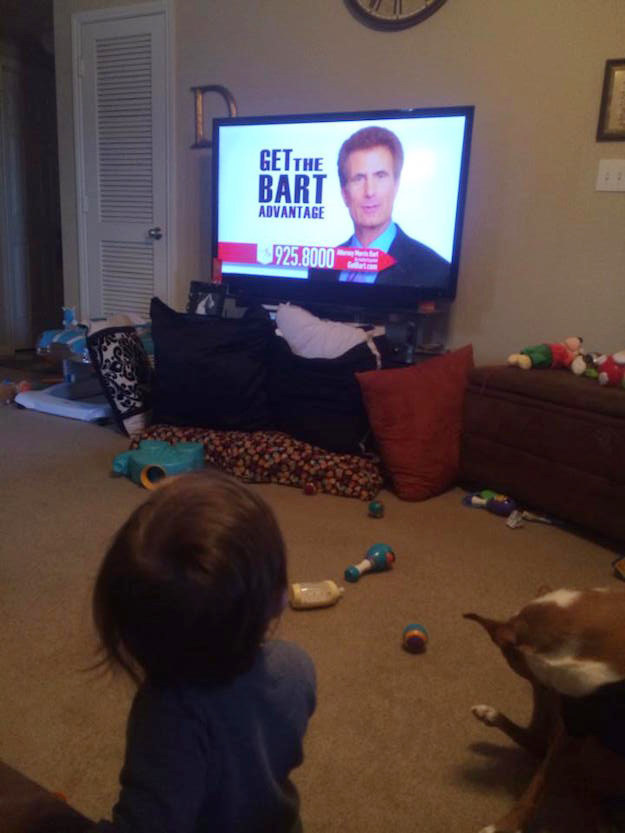 Grayson has been told about his fame, and L’erin says that he’s seen himself in the newspaper.

There’s lots of Bart talk around the house these days, which Grayson doesn’t like–he’s very possessive of Bart and doesn’t take well to others talking about him too much. Whenever someone mentions Bart, Grayson says, “My Bart! My Bart!”

He keeps the cardboard cutout of Bart on his nightstand and kisses it goodnight before he goes to sleep.

As for Grayson’s third birthday party?

L’erin says she doesn’t have any ideas for the theme quite yet. But one thing’s for sure: His second birthday party is going to be hard to top. 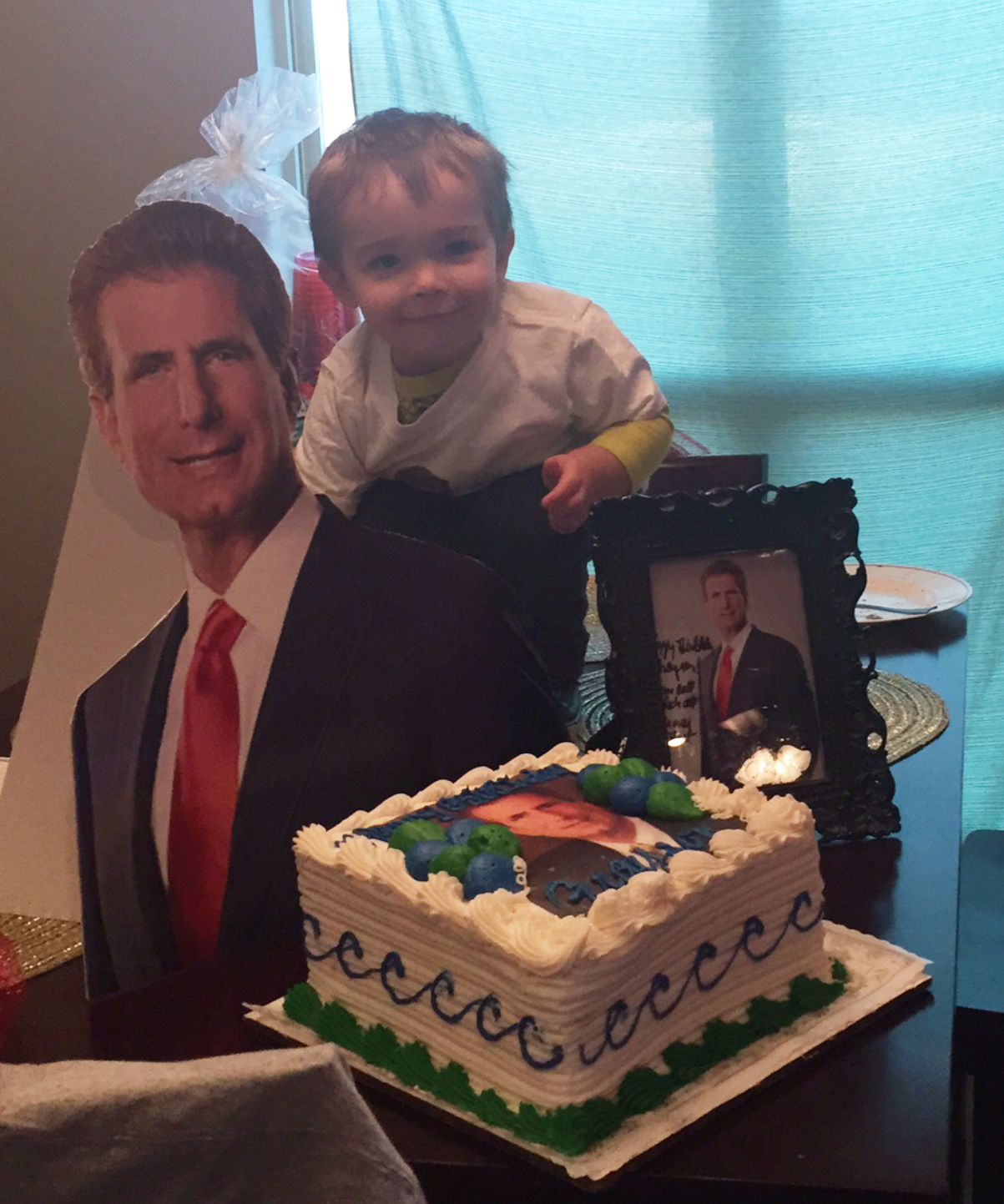