Pee-Wee Herman to Return to Silver Screen, But Will He Translate With a New Generation? 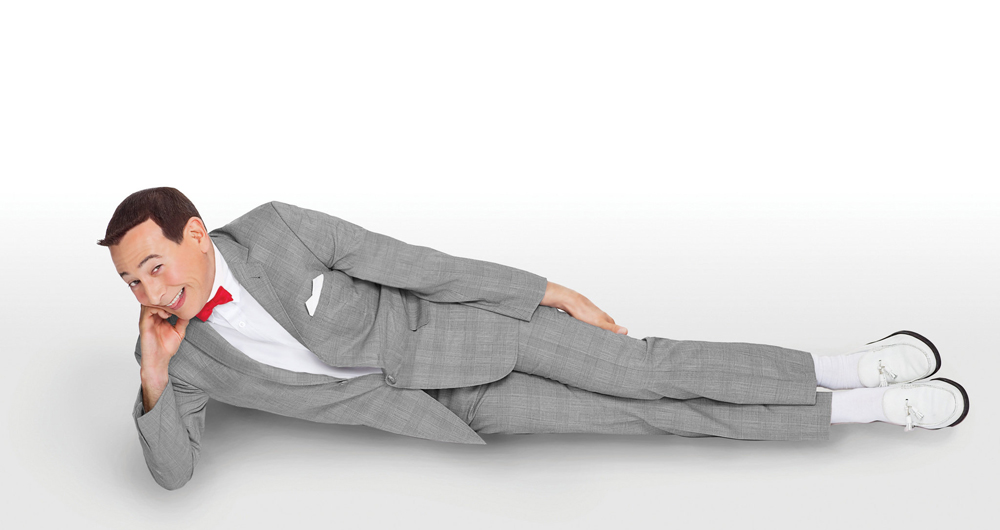 Giggly ’80s comedy icon Paul Reubens had tremendous success over two decades ago with his kid-friendly alter-ego Pee Wee Herman. The bow-tied chucklehead was the star of several films including “Pee-Wee’s Big Adventure,” and “Big Top Pee-Wee” as well as a successful television series, “Pee-Wee’s Playhouse,” and despite being in the news for some of the wrong reasons in recent years, he has continued to keep the character alive, even bringing him to Broadway.

Now, in an interview with Rolling Stone to promote the new Blu-ray release of “Pee-Wee’s Playhouse,” Reubens more than hints at bringing his famous character back to cinema.

“There’s going to be a big announcement any minute now. Yes. It’s been months and months of being right on the verge of being announced,” he told the magazine.

Furthermore, comedy hero Judd Apatow has been linked as producer to said film, which could mean that James Franco and Seth Rogen will show face, or it could simply mean that the whole joke of Pee-Wee Herman will get a modernized twist. But therein lies the question: will our generation embrace Pee-Wee Herman?

Humor has changed quite a bit since the ’80s. Some say it has cheapened, while others are just happy getting their kicks on Vine and YouTube. But even as a child in the ’90s, I felt like a bit of a black sheep in thinking that Pee-Wee Herman was hilarious. His humor is built around one big joke, and if you buy into that joke, it keeps delivering. If you don’t, it does nothing for you. A similar formula carried into the early ’90s with characters like “The Coneheads” and “It’s Pat” having legs for more than just a few laughs. But with a new comedy landscape in the digital age, it could take a very particular formula to make Pee-Wee shine in the eyes of today’s young audience.

Luckily, Appatow may be the perfect man for the job. Not only is he at the top of the rankings as for as today’s comedy directors are concerned, but he knows a thing or two about jokes that only seem to click with certain people. “Freaks and Geeks” and “Undeclared,” two of his earliest endeavors, fell largely on deaf ears in their first go-arounds, but years later, their genius is realized and celebrated. Ever since, the director has found ways to seize an audience when it really counts, rather than waiting for a second wind years later, as proven with the tremendous success of films like “Knocked Up” and “Superbad.”

Many have been left excited by the idea of new Pee-Wee on the silver screen, which could start filming as early as next year, but chances are, most of them were part of the same crowd laughing hysterically to his antics back in the ’80s. The proof will be in the pudding, but the true challenge for both Reubens and Appatow will be finding a way to make new viewers truly “get it.”

Comedian Myq Kaplan is a comedian named Myq Kaplan. He joined me in studio this afternoon, and he’s at Laugh Boston this weekend. Click here for tickets. END_OF_DOCUMENT_TOKEN_TO_BE_REPLACED

My goodness, I love Sue Costello. It was great having her back in studio today to talk about her one-woman show, #IAmSueCostello, playing tonight at the Revere Hotel. Click here for tickets. END_OF_DOCUMENT_TOKEN_TO_BE_REPLACED

Trump Takes On…Boston! is running now through election night at Laugh Boston. David Carl was back in studio this afternoon to talk about bringing Donald Trump to the stage, the cathartic element (for both him and the audience) and how audiences have been reacting so far. END_OF_DOCUMENT_TOKEN_TO_BE_REPLACED

Trump Takes On…Boston! has arrived at Laugh Boston. I had comedian David Carl, who is portraying Trump, in studio this morning to talk about the show. END_OF_DOCUMENT_TOKEN_TO_BE_REPLACED

Lachlan Patterson made me laugh this morning. Let him make you laugh this weekend at Laugh Boston. Click here for tickets, and click “more” to hear our conversation. END_OF_DOCUMENT_TOKEN_TO_BE_REPLACED

It was great to have Alonzo Bodden back in the RadioBDC studio this morning. Don’t miss him at Laugh Boston this weekend! Click here for tickets and info, then click through to hear my interview. END_OF_DOCUMENT_TOKEN_TO_BE_REPLACED

You know him from Bar Rescue, so see him at Laugh Boston this weekend. Comedian Owen Benjamin was in studio this morning with his dog Ben. Catch him Friday night at 7:30 or Saturday night at 7:30 and 10. Click here for tickets, then click through for our chat. END_OF_DOCUMENT_TOKEN_TO_BE_REPLACED

END_OF_DOCUMENT_TOKEN_TO_BE_REPLACED

I love major league baseball. And I really love when MLB managers lose their minds. (NSFW audio ahead, be warned.) END_OF_DOCUMENT_TOKEN_TO_BE_REPLACED