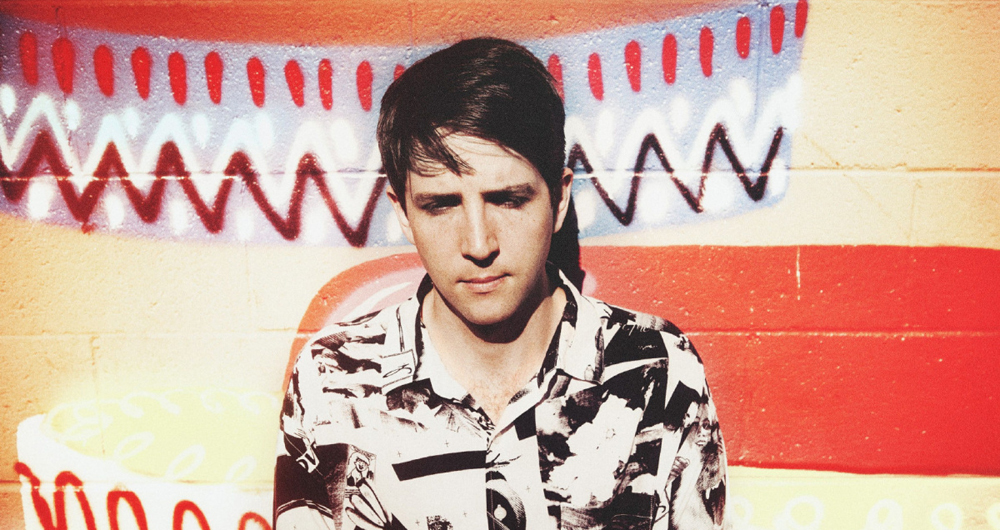 After just a few minutes of chatting with the classically trained Canadian singer/violinist Owen Pallett, it quickly becomes clear that the elaborate baroque pop he makes is emblematic of his passionate, creative and still very pragmatic perspective. Also a renowned composer and arranger, Pallett’s time since his last effort, 2010’s “Heartland,” has been more diverse (and busy) than most artist’s careers.

Listing all of his credits is a story in itself, but they’ve included creating an orchestral score for a ballet (2013’s “Unearth”), collaborating on an Oscar-winning soundtrack (“Her” alongside Arcade Fire’s Win Butler), touring with a stadium act (as Arcade Fire’s violinist) and arranging string sections on a multi-million selling record (Taylor Swift’s “Red”).

Somewhere in there, he also produced an album of his own, his fourth, called “In Conflict,” out May 27. Ahead of tonight’s show at Brighton Music Hall, we chatted with Pallett on his latest album, how the music scene is different in Canada, his recent contributions to music writing — and why he doesn’t care how fans perceive the album.

Q: Your music video for “Song for Five & Six,” features performances from the National Ballet School of Canada alongside the soaring, gorgeous track. How did that come about?

A: Robert Binet, a choreographer, works with both the National Ballet School of Canada and the National Ballet of Canada. He and I collaborated on “Unearth.” We were having a post-mortem, talking about future performances of ballet that we could do together. He was saying that he would love to do a video [for us]. We had this idea that the athleticism described in “Five & Six” would be reflected in the dance. So it wouldn’t be ballet as this graceful beauty, but more as a ballet as this athletic moment of demonstration.

Q: On the album (and live), you worked with a band (Rob Gordon, drums and Matt Smith, bass) for the first time. Were they involved in the songwriting process?

A: Yeah, they were. What happened was I had to do a few gigs where I was playing “Heartland” in its entirety. In some songs, there’s a rhythm section, so we put them together. We were so into how the songs were sounding when we explored “Heartland” songs that we started writing new songs. It was really cool what they were bringing to the table because Rob comes from more of a DJ background these days and was bringing in a completely different influence. It just got very compassionate and very interesting. So, we listened to a lot of music and felt that it was going to be a psych rock album and make it this emotionally brutal type of psych rock.

Q: You recently moved from Toronto, where you met Rob and Matt, to Montreal. Were there other cities that you were considering moving to, or was Montreal the only option?

A: To be honest with you, Canada kind of turns people into babies because we don’t have to worry about shit. We can just kind of wake up and be like ‘Oh, let’s get a coffee. Let’s write songs.’ So, no, I didn’t really consider living anywhere else. I mean except for maybe other cities in Canada, but Montreal is clearly the best. And, really, they rank really highly on a world scale.

Q: What differences have you noticed between the Canadian music scene versus the US’?

A: Huge differences. I don’t really understand how a creative class exists in the States. Pretty much all bands that I’m in contact with in the States have had some sort of access to independent wealth, or are living below the poverty line.  In Canada, there’s granting systems in place that assist labels and help them put out albums. There’s grants available to bands called ‘touring and record.’ And of course there’s the healthcare system. But I mean with power comes great responsibility. Is there an opposite of that? Like, with a great social network comes shitty music? Whatever the opposite of that is with a somewhat cushy environment. And believe me, I’m not saying that I would trade the Canadian music scene for any other music scene. I think that the music that it generates is great. But I mean there is something to be said for people to hustle and having to make that album right and having to depend on [music].

Q: So let’s talk about music writing. You recently wrote a series of pieces for Slate on music criticism using music theory in response to Ted Gioia’s controversial Daily Beast piece. What were you trying to communicate?

A: What I was trying to do was write some pieces of music writing that were about music theory for my friends. I’m also friends with some music writers who passed on the pieces to the Slate editors. The tricky thing about doing any sort of technical writing for a pop audience is finding that balance of what is patronizing and what isn’t. That was the tricky part because explaining what a one chord is seems like… trying to explain the difference between prose and verse. It’s a very, very entry level sort of idea. I think that hopefully if you find an interesting way of explaining it, a pop audience will find the writing magnetic.

Q: Do you you read reviews of your own albums?

A: Yeah, I read everything. Sometimes I come back 12 hours later and I read the comments. Can you believe it?

Q: That’s pretty impressive. What do you think you gain from that?

A: There’s a part of me that likes to read it and likes to see where my music is being placed so I’ll have a better idea of how to make subsequent records and how to perform shows better. But also, there’s ego fulfillment involved. I’ve been making a record since two years ago. It’s finally coming into the world and I want to read nice things about it. Things that will make me feel like a good person for making this record.

Q: You’ve mentioned in a variety of interviews that you don’t want “In Conflict” to be viewed as ‘confessional.‘ How do you hope viewers will perceive the album?

A: I want to hopefully have a response to the record that I couldn’t anticipate, basically. I hope that people will hear something human. Something identifiable and will feel that the record is a little more unashamed in exploring certain kinds of queer issues, crazy issues. I think that there’s a tendency for people to want to run away from things that are queer and crazy or feminine, which is fine. They’re welcome to it. There’s music for people who are none of those things.

Q: Probably differently than how a listener might react to an Arcade Fire album.

A: I was kind of thinking about it a little bit yesterday. Because I’m existing both as a solo artist and touring with Arcade Fire, I’m very conscious about how music works and seeing the relationship that Arcade Fire fans have with the band and how people relate to the lyrics as well as, of course, my own relationship with Arcade Fire’s music which is very deep and very emotional. It occurred to me that I really enjoy and feel very privileged to have sort of this small business model niche where I have a staff of like four people, and we’re just traveling around, selling merch ourselves. Just meeting a lot of people. Every tour, we are playing full rooms to really vocal people. Everyone’s extremely handsome that comes to the shows. They look great. It’s really fulfilling. So, in short, I’m really happy. Do whatever the fuck you want with the record. It’s fine.

Enter to win tickets to see Trio Da Kali at The Villa Victoria Center of the Arts (Newton, MA) on April 10th. END_OF_DOCUMENT_TOKEN_TO_BE_REPLACED

END_OF_DOCUMENT_TOKEN_TO_BE_REPLACED

Enter to win tickets to Rhye at The Paradise on February 28th. END_OF_DOCUMENT_TOKEN_TO_BE_REPLACED

END_OF_DOCUMENT_TOKEN_TO_BE_REPLACED

Enter to win a pair of tickets to attend The Hess Collection Seminar and Dinner as part of Boston Wine Festival 2018 at the Boston Harbor Hotel on Wednesday, March 14th. END_OF_DOCUMENT_TOKEN_TO_BE_REPLACED

Her new album has been pushed back, but we have Kimbra’s new single for you. END_OF_DOCUMENT_TOKEN_TO_BE_REPLACED

The folk duo returns with a new record this week. END_OF_DOCUMENT_TOKEN_TO_BE_REPLACED

Now that we’re done looking back at 2017, let’s look ahead at 2018. END_OF_DOCUMENT_TOKEN_TO_BE_REPLACED