Our Ancestors Were Lactose Intolerant For 4,000 Years But Heroically Kept Eating Cheese 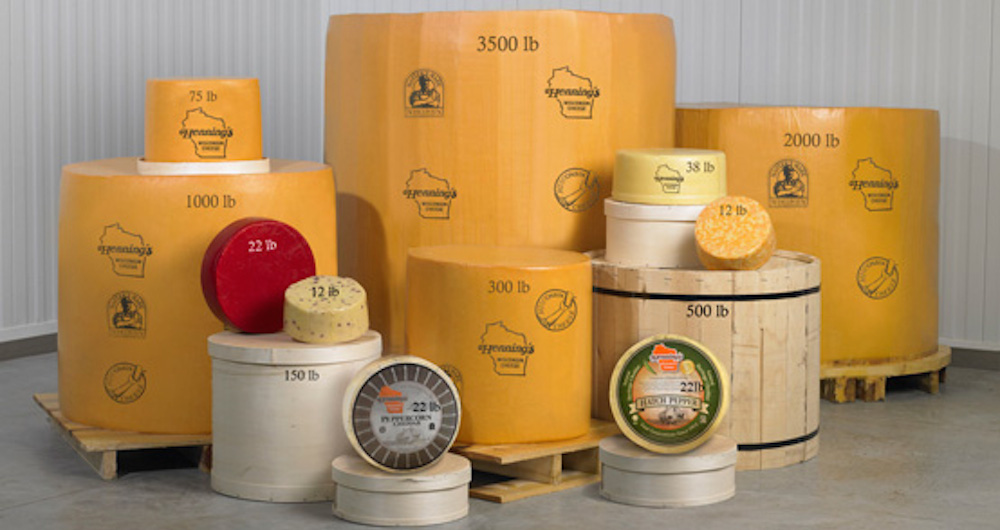 Are you of the opinion that it’s always better with cheddar? Do you go gaga for gouda? Then you have you have the perseverance of ancient European settlers to thank, because according to a new study, despite being lactose intolerant for thousands of years, these hardy souls refused to cut the cheese.

The earliest evidence of cheesemaking, according to this writeup from the Washington Post, was over 7,000 years ago, so conventional wisdom suggested humans developed lactose tolerance soon after. But the new study, published earlier this week in Nature Communications, found that by analyzing the genetic information of 13 ancient humans who lived on the Great Hungarian Plain, the genetic change likely occurred approximately 4,000 years later, despite a conspicuous lack of Lactaid during the Neolithic era.

David Bradley, co-author of the study and professor at Trinity College Dublin, suggests that high percentages of lactose tolerance in places like Ireland suggest some early cultures depended on dairy for sustenance instead of as a garnish on a medium-rare burger.

“Ireland is the place in the world with the highest concentration of lactose tolerance,” Bradley said, “and undoubtedly that’s to do with a heavy reliance on drinking unprocessed milk in pre-history, and a culture focused on dairying.”

So thanks to our ancestors, we eat cheese like there’s no tomorrow. But not to worry: According to a panel of experts, cheese has some pretty impressive health benefits. Be sure to remember that when you’re picking where to go out to eat tonight.

Enter to win a pair of tickets to attend The Hess Collection Seminar and Dinner as part of Boston Wine Festival 2018 at the Boston Harbor Hotel on Wednesday, March 14th. END_OF_DOCUMENT_TOKEN_TO_BE_REPLACED

This year, the festival is welcoming more female wine producers than ever before, making up 20% of all winemakers that will be at the festival. END_OF_DOCUMENT_TOKEN_TO_BE_REPLACED

The holidays are here, so raise a glass. END_OF_DOCUMENT_TOKEN_TO_BE_REPLACED

‘Tis the season to mix a nice, stiff drink. END_OF_DOCUMENT_TOKEN_TO_BE_REPLACED

Warm up with Tito’s on your sweater and Tito’s in your glass. END_OF_DOCUMENT_TOKEN_TO_BE_REPLACED

There’s a ton going on at Idle Hands in Malden this spring. Dan McDonnell and Josh Deering joined me in studio to talk about Maifest, what’s new in the Taproom, and their collaboration with The Black Ale Project. Oh, and don’t miss Idle Hands at BeerAdvocate’s Microbrew Invitational next month! END_OF_DOCUMENT_TOKEN_TO_BE_REPLACED

Giovanna Guzman is the marketing coordinator at Kings Bowl, who you can visit in the Back Bay, Burlington, Lynnfield, Dedham, and soon in the Seaport. We talked beverages, naturally, seeing as it’s Thirsty Thursday. And we sampled sangria. And it was soooo good. END_OF_DOCUMENT_TOKEN_TO_BE_REPLACED

These five words might change your life: Farmer Willie’s Alcoholic Ginger Beer. Co-founders Nico Enriquez and Max Easton were in studio with me this morning. Nine-packs and kegs of Ginger Session coming next week! END_OF_DOCUMENT_TOKEN_TO_BE_REPLACED

Chef Avi Shemtov–he of the Chubby Chickpea and Single Guy Cookbook–was back in for a visit this morning to talk about his latest venture. TAPPED is a mobile beer catering company that specializes in on-site draft pours of both craft beers and mainstream brands. Thirsty yet? END_OF_DOCUMENT_TOKEN_TO_BE_REPLACED