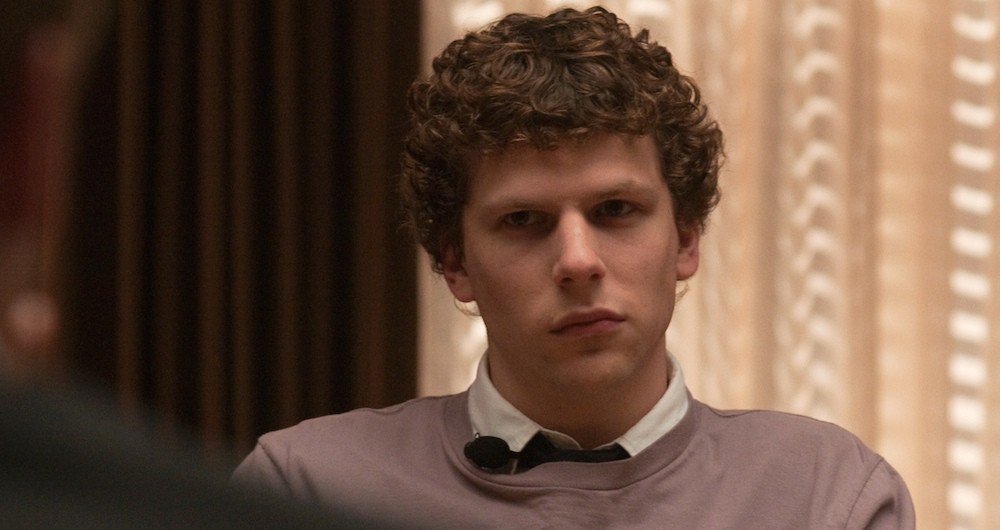 The Academy Awards telecast is a big deal for ABC, one of the few reliable live non-sport-related television events that still draws a crowd in the age of DVR and time-shifted viewing. And yet many who chose to watch the telecast on ABC’s official streaming site got treated to an unprompted airing of The Social Network a couple hours into the show.

ABC’s “Watch ABC” app has been in a seemingly endless beta testing cycle, only available in a limited number of cities. If you were lucky enough to live in one of those cities, you were treated to a whole bunch of Jesse Eisenberg.

ABC live just started playing the social network instead of the oscars??

Anyone else watching #Osars2015 streaming on ABC just have them jump to The Social Network? #streamingfail

Some people are reporting seeing streams of ‘The Social Network’ and/or ‘Jeopardy’ instead of The Oscars on ABC’s website. #Hilarious

According to The Verge, after briefly playing the film, the stream suddenly restarted, once again playing The Social Network from the beginning.

Given that the network managed to interrupt one of the few telecasts people are actually using the app for with either the 2010 Best Picture nominee or an episode of Jeopardy (depending on which city you live in) it’s safe to say they’ll keep it in beta a bit longer.

HUBweek came to Boston, and we were there to take it all in. END_OF_DOCUMENT_TOKEN_TO_BE_REPLACED

Golden Globe and Emmy nominee Benjamin Wallfisch is the composer responsible for the score of the hit movie IT. I talked to Ben about his approach to scoring the new version of this iconic story and his thoughts on film and music overall. Some very insightful commentary; listen in. END_OF_DOCUMENT_TOKEN_TO_BE_REPLACED

Rupert Gregson-Williams is an award-winning film composer. He just so happened to compose the score for this summer’s big blockbuster Wonder Woman. We talked about his beginnings in film scoring, film scores that move and inspire him and, of course, Wonder Woman. END_OF_DOCUMENT_TOKEN_TO_BE_REPLACED

Jeff Rapsis is a New England-based composer and performer. Lately, he’s been creating live musical scores for silent film screenings. I talked to him about his process and a few of his upcoming performances at The Capitol Theatre in Arlington and the Somerville Theatre. You can keep track of where else Jeff is scoring silent films here. END_OF_DOCUMENT_TOKEN_TO_BE_REPLACED

Planning on seeing Rogue One: A Star Wars Story when it opens this weekend? I joined Adam 12 to give you an idea of what to expect. But don’t worry, I didn’t give anything away. END_OF_DOCUMENT_TOKEN_TO_BE_REPLACED

Always a pleasure to have Boston.com’s Perry Eaton in studio for a chat. After we talked a bit about Pearl Jam at Fenway and Perry’s new podcast, he filled us in on Game of Thrones live and Narragansett’s new Bananagrams-themed brew. END_OF_DOCUMENT_TOKEN_TO_BE_REPLACED