Oscars red carpet fashion: What the Internet had to say 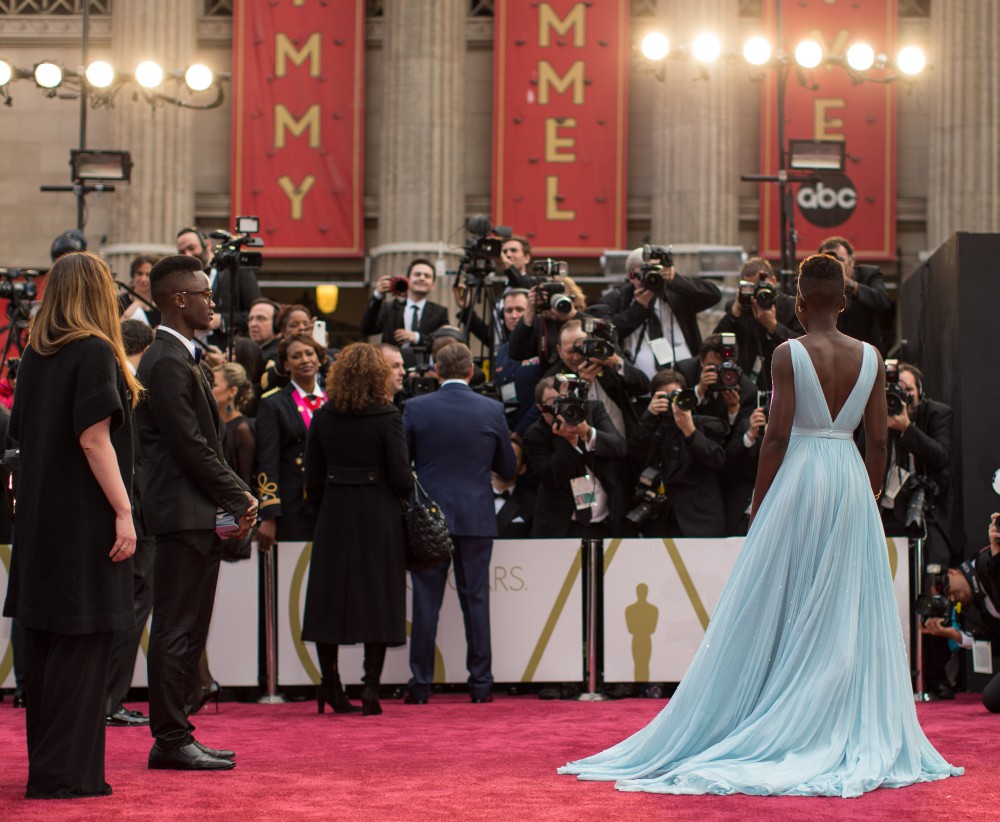 Already tired of Normcore fashion? Sorry thrifting isn’t good enough for you, but if you wish, here is something a bit more classy. Last night, as one celebrity after another arrived on the red carpet, it was either Giuliana Rancic, Kristen Cavallari, and Kelly Osborne jawing on about this and that, or Ryan Seacrest liking everything to make himself look good. Get a wider perspective. Check out what the Internet had to say about the best and worst dressed, or peep these styles and decide for yourself.

Before reading anyone else’s opinion, create your own by checking out the arrival photos. Don’t let “the man” push you around here. If you think it looks good, then dammit, it looks good.

Amy Adams arrives at the Oscars on Sunday, March 2, 2014, at the Dolby Theatre in Los Angeles. (Photo by Jordan Strauss/Invision/AP) Hollywood celebrities and Academy Award nominees are walking the red carpet before Hollywood’s biggest night. Amy Adams, who’s nominated for her role in ‘‘American … END_OF_DOCUMENT_TOKEN_TO_BE_REPLACED

Now to get a bit more analytical, here’s who looked the best through the eyes of The Boston Globe.

All the best looks from the 2014 Oscars red carpet. END_OF_DOCUMENT_TOKEN_TO_BE_REPLACED

Variety picks out the styles that worked the best last night.

The number of mermaid fishtails, sequins and nude-colored dresses was unusually high on the red carpet, from Angelina Jolie’s Elie Saab Couture to Cate Blanchett in Armani and Naomi Watts wearing Calvin Klein Collection. But it wasn’t the dresses stealing the scene. Lupita Nyong’o’s Fred … END_OF_DOCUMENT_TOKEN_TO_BE_REPLACED

Check out a blogger’s take. This includes both the studs and the duds of the red carpet.

MTV does tend to care more about who looks good than about music, so this fashion roundup may actually hold some weight.

Grab a comfortable seat, maybe a few crudités, and a drink, because the 86th Annual Academy Awards are underway. The red carpet has been rolled out, people are stepping on it, it’s all goin’ down. Throughout the past week we’ve asked a few questions: What will hat Pharrell choose. What color … END_OF_DOCUMENT_TOKEN_TO_BE_REPLACED

In case you want to skip out on the man-buns and off-white tuxes, here’s a look at the dresses that struck gold.

The most star-studded red carpet even of the year, the 86th Academy Awards glamorously took place in Los Angeles on the 2nd of March, bringing ultra-breathtaking designer gowns to the scene, new hairstyle and makeup ideas, exciting moments and new best actor and best actress of the year, being … END_OF_DOCUMENT_TOKEN_TO_BE_REPLACED

The Guardian weighs in on who the fashion heroes and zeroes were last night.

Golden Globe and Emmy nominee Benjamin Wallfisch is the composer responsible for the score of the hit movie IT. I talked to Ben about his approach to scoring the new version of this iconic story and his thoughts on film and music overall. Some very insightful commentary; listen in. END_OF_DOCUMENT_TOKEN_TO_BE_REPLACED

Rupert Gregson-Williams is an award-winning film composer. He just so happened to compose the score for this summer’s big blockbuster Wonder Woman. We talked about his beginnings in film scoring, film scores that move and inspire him and, of course, Wonder Woman. END_OF_DOCUMENT_TOKEN_TO_BE_REPLACED

Jeff Rapsis is a New England-based composer and performer. Lately, he’s been creating live musical scores for silent film screenings. I talked to him about his process and a few of his upcoming performances at The Capitol Theatre in Arlington and the Somerville Theatre. You can keep track of where else Jeff is scoring silent films here. END_OF_DOCUMENT_TOKEN_TO_BE_REPLACED

Planning on seeing Rogue One: A Star Wars Story when it opens this weekend? I joined Adam 12 to give you an idea of what to expect. But don’t worry, I didn’t give anything away. END_OF_DOCUMENT_TOKEN_TO_BE_REPLACED

Always a pleasure to have Boston.com’s Perry Eaton in studio for a chat. After we talked a bit about Pearl Jam at Fenway and Perry’s new podcast, he filled us in on Game of Thrones live and Narragansett’s new Bananagrams-themed brew. END_OF_DOCUMENT_TOKEN_TO_BE_REPLACED