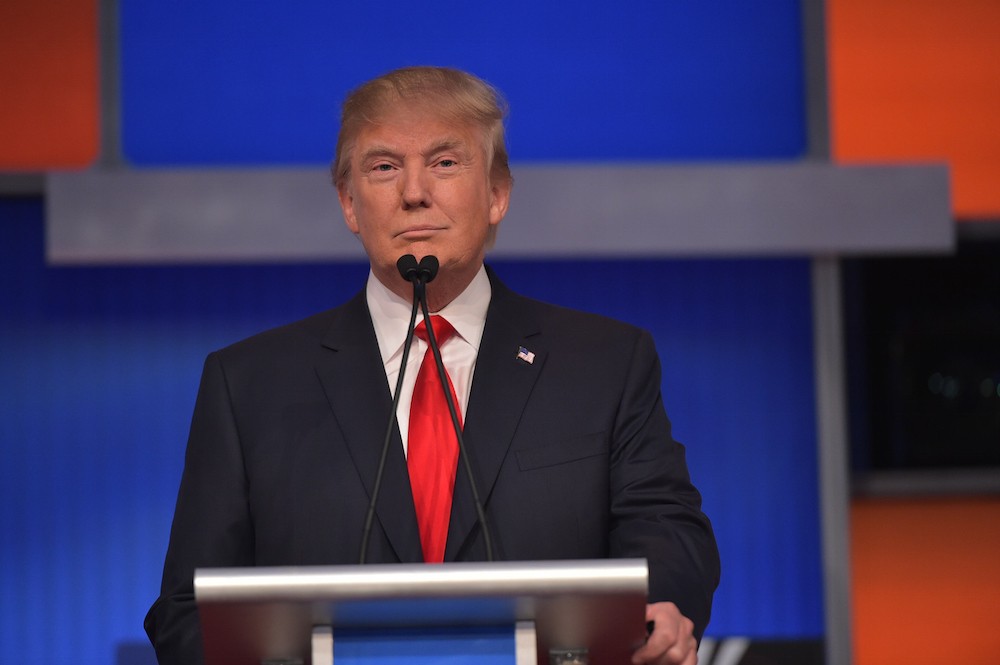 Fox News’s Megyn Kelly, Bret Baier, and Chris Wallace are being lauded for their demanding questions as moderators of the GOP debate Thursday night.

Pretty sure the winner tonight is Megyn Kelly. Hands down.

One particular question from Kelly, posed to Republican candidate Donald Trump toward the beginning of the debate, is getting an extra amount of attention.

“For the record, it was well beyond Rosie O’Donnell,” Kelly responded.

Kelly then pointed out that Trump once told a Celebrity Apprentice contestant that “it would be a pretty picture to see her on her knees.”

Then she asked, “Does that sound to you like the temperament of a man we should elect as president, and how will you answer the charge from Hillary Clinton, who is likely to be the Democratic nominee, that you are part of the war on women?“

Rosie O’Donnell spent Thursday night at the Broadway opening of the musical Hamilton.

However, at 9:28 p.m., the actor and former The View host—who has clashed with Trump in the past—sent out this tweet:

try explaining that 2 ur kids

You can watch Trump’s full answer to Kelly’s question here.