On The Road Again: Analyzing the Patriots’ 2014 Schedule 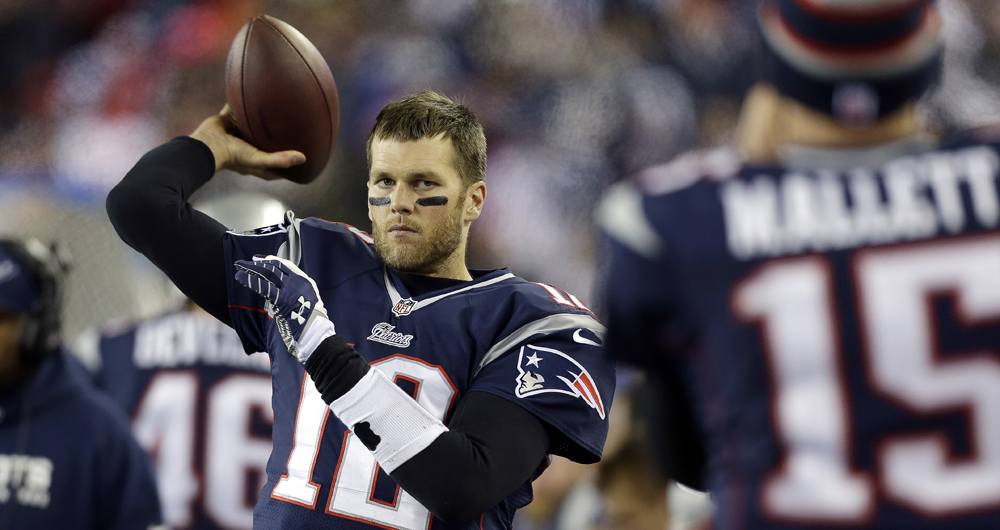 Perhaps feeling a bit insecure given the yearly, captivating success of the NBA and NHL playoffs and the opening month of Major League Baseball, the monolith that is the NFL announced its 2014 full-season schedule in prime time on Wednesday night. Of course, football nerds like me ate the entire thing up in one giant slurp.

The league’s schedule rollout must be discussed, analyzed and broken down within an inch of its life even though there’s not really anything concrete to discuss, analyze and break down. Each team’s strength of schedule doesn’t really mean anything, as its all based on last season’s results, which have no real bearing on the upcoming year (a solid example of this would be the Arizona Cardinals, who were 5-11 in 2012, which served to lessen each of their 2013 opponents’ strength of schedule percentage headed into the year, when they wound up going 10-6. See where I’m going with this?). So, we get legions of writers, bloggers, TV talking heads and radio hosts assigning hypothetical wins and losses to every team completely on the merits of pretty much nothing. This can be a fun exercise, but in the end, we can’t really glean much from it and wind up with stuff like this.

But still, you know, football. Never mind the megalomania of the NFL in trying to steal the other three major sports’ thunder. League commissioner Roger Goodell and his minions know that the fans, as well as all of those writers and bloggers and TV folks and radio shouters, hang on their empire’s every word and deed. Dallas Mavericks’ owner Mark Cuban may have been onto something when he suggested that the NFL was on a path to eventually consume itself, but we’ll worry about that later. Instead, let’s use the unveiling of the 2014 schedule as a way to get super pumped about another edition of the Patriots’ ongoing quest to add a fourth ring to their collection via the following observations.

WORKIN’ ON THE NIGHT MOVES

When I looked at the Pats schedule for the first time, what jumped out right away was the amount of primetime games. There are five night games currently on the docket and that doesn’t include the annual Brady/Manning Bowl in Week 9, which could easily be flexed into a sixth. The Pats will play once on Monday Night Football (Week 4 at Kansas City), once on Thursday Night Football (Week 7 vs. the Jets) and three times in the league’s signature time slot, Sunday Night Football (Week 5 vs. Cincinnati, Week 11 at Indianapolis and Week 14 at San Diego).

All these night games equate to a big show of respect from the league, which reserves most of its evening affairs for the best and the brightest (with the exception of the Dallas Cowboys, who are the league’s most dependably funny clown show year after year but still play as many showcase games as any other team). Eight other teams in addition to the Pats will play five night games, all of them, except for Dallas of course, are 2013 playoff teams.

What does this all mean? Other than the Pats still being one of the league’s biggest attractions, it means be prepared for a few late nights and subsequent useless mornings come autumn.

ON THE ROAD AGAIN

Three of the Pats’ first four games and four of their first six will be played away from Foxboro. The home opener against the Oakland Raiders doesn’t come until Week 3. Then, they will hit the road again for three of the final five contests, including trips to San Diego to meet the Chargers, a playoff team last year, and to Lambeau Field to play the Green Bay Packers. The Pats must travel to Miami, where they never play well, to meet the Dolphins in Week 1, meaning conditioning will be a major factor given the searing heat and stifling humidity of South Florida in late summer.

Every team plays the same number of road games as home games so it’s not like the Pats are at any kind of disadvantage with all of those road games clumped together. And they will benefit big time from having their bye in Week 10 (the best time for the bye is between Weeks 7 and 10). Still, it was a bit of a surprise to see the way their home and road games were split up at first glance. It’s almost never easy on the road, and the Pats will face a multi-week gauntlet away from Gillette Stadium, not once, but twice this season.

SAILING THE SEAS OF CHEESE

Of course, the Week 9 visit from Peyton Manning and the Denver Broncos stands out as the highlight of the entire schedule. But that’s way too easy a game to single out as the best of the year. So look at this section as the “Highlight of the Schedule, Non-Denver” edition.

I submit that it’s the Week 13 matchup with the Packers. Green Bay is a perennial NFC contender and has the best QB in the league not named Brady or Manning in Aaron Rodgers. The game will be played at Lambeau Field, considered the Mecca of football in some circles (the Pats haven’t played there since 2006), on Sunday of Thanksgiving weekend, when the playoff picture really begins to take shape. Like the Broncos game, it could wind up being flexed into Sunday night but for the time being, it’s not one of the five prime time games discussed before. It will be dark out in America’s Dairyland for the 4:25 p.m. kickoff, though. And it will likely be both freezing and miserable too.

In other words, this game will be awesome. Sure, the postseason implications will not necessarily be as great given that it’s an interconference matchup. Maybe the Week 11 Sunday nighter at Andrew Luck and the Indianapolis Colts or the Week 14 journey to San Diego will ultimately impact the playoff race more than this one will. But for me, a late season meeting with the Packers, a matchup that only comes around every four years (every eight years in Green Bay) takes the… well, it takes the cheese.

And besides, who’s to say that Pats/Packers isn’t a potential Super Bowl preview? Don’t bet against it. November 30. Put it in your calendar now so you don’t forget.

The Black and Gold continue their run tonight at TD Garden. END_OF_DOCUMENT_TOKEN_TO_BE_REPLACED

Who will make the Class of 2018? END_OF_DOCUMENT_TOKEN_TO_BE_REPLACED

It’s been awhile since we talked Black and Gold. END_OF_DOCUMENT_TOKEN_TO_BE_REPLACED

You’re going to wish you were in the Northern Alps. END_OF_DOCUMENT_TOKEN_TO_BE_REPLACED

END_OF_DOCUMENT_TOKEN_TO_BE_REPLACED

Bill might be “on to Tennessee,” but we’re not. END_OF_DOCUMENT_TOKEN_TO_BE_REPLACED