On Heavy Metal, Jethro Tull and Composing by the Riff: A Conversation with Earth

The title of long-running Seattle band Earth’s latest album reads like a warning label: “Primitive and Deadly”. It’s a name that drummer Adrienne Davies calls “much more straightforward than usual” with a laugh, but an appropriate one for a collection of songs that bandleader and founder Dylan Carlson refers to as a “let’s kick ass kind of record.”

Kicking ass is perhaps not an act commonly associated with Earth’s hypnotic and largely instrumental music, but in its own measured way, that’s precisely what “Primitive and Deadly” does. Following a period of poor health for Carlson and a pair of introspectively subdued records from the band, this is the sound of Earth reinvigorated and prepared to rattle some skulls.

“I’d been listening to a lot of my early influences, and it sounded like a Scorpions title to me,” Carlson says, bridging the Mark Lanegan lyric from which that title derives with the German heavy metal band he cites alongside giants like Black Sabbath and Led Zeppelin as a part of the record’s DNA. Lanegan, former lead singer of alt-rockers Screaming Trees, appears alongside Rabia Shaheen Qazi from Seattle’s Rose Windows as the first vocalist on an Earth record since 1996. Carlson admits this adds to the record’s accessibility, though he finds it odd. “I think it’s strange because back in the day there used to be instrumental music that was popular, even up the sixties with Dick Dale and those guys,” he says, “then suddenly it was like, no vocals, no hit. Unless you’re Joe Satriani.”

But it’s not just the added voices that signal change on “Primitive and Deadly”. “The previous stuff, the guitar is present, it’s a big part of it, but I’ve always been sort of a team player type guitarist,” Carlson says, citing a desire to let previous collaborators like cellist Lori Goldston, pianist/organist Steve Moore and formidable jazz guitarist Bill Frisell “do their thing.” A period of touring in power-trio format, however, gave Carlson “a chance to step out of it more as a guitarist,” and that influence is clear on “Primitive”. “I wanted this to be a guitar record,” he says. Jodie Cox of Seattle’s Narrows and Built to Spill’s Brett Netson flesh out the guitar heroics on the LP, but it’s as the sole guitarist on stage that Carlson really shines with the new songs, pursuing winding and mesmerizing solos amid the massive riffs that anchor each one. 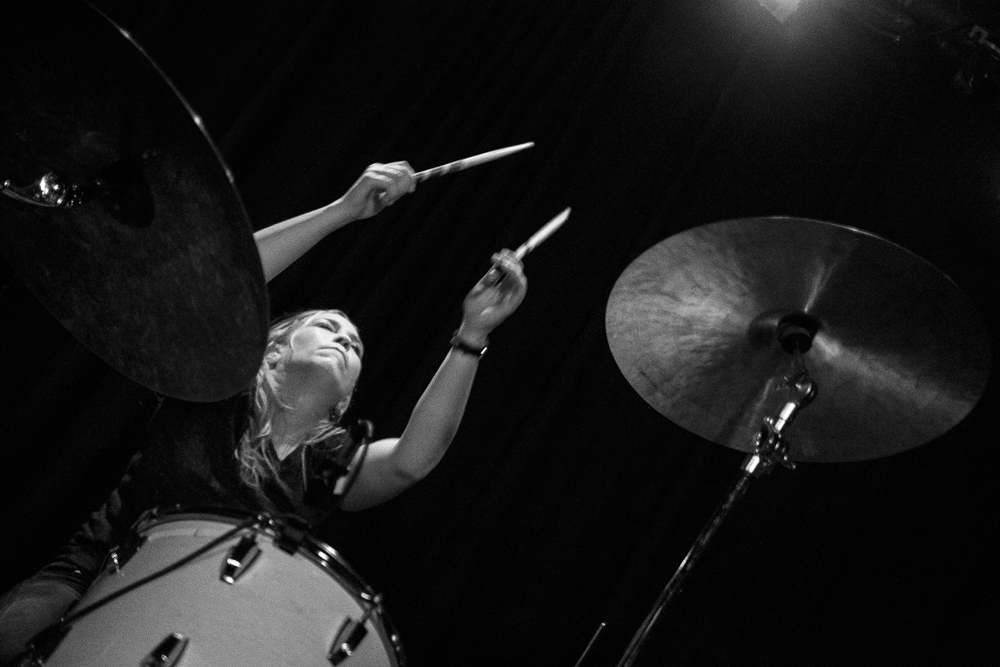 The riff, Carlson says, is where Earth songs of the past and present always begin. “My general writing style I’d say is what they’d call, in proper musical terminology, theme and variation,” he explains, “where I’ll come up with a riff, and then variants of that riff.” Still, as anyone who’s tried and failed to write a doom metal song knows, it begins with the riff, but doesn’t end there. “I’m very conscious of there being an arc to the song,” Carlson adds. “Even though it’s instrumental, and I don’t necessarily have a narrative like ‘oh, this song is about this,’ musically it should have the feel of traversing an arc…even if it’s really vague.”

It’s this cinematic quality that lends a common thread to the diverse spread of Earth’s decades-spanning catalog. Though you’re unlikely to hear one of the brain-melting drone epics from “Earth 2” at a show in 2014, Carlson and Davies (who are also joined by bassist Don McGreevy this tour) are happy to engage with that back catalog for at least a few songs a night. “I’ve gone from only ever wanting to play new stuff to…I realize we’re a band with a history, we can’t really do that,” Carlson says. “How many times have we retired ‘Ouroboros’?” Davies asks, and they both laugh. “Ouroboros is Broken,” the lead track from 2007’s “Hibernaculum,” is a fan favorite they suspect they’ll be playing forever. “It’s sort of a thank you to the people that’ve followed you and supported you,” Carlson adds.

For Earth, that core of supporters comes largely from the metal community, though metalheads are far from the band’s only fans today. “They were the first audience to really embrace us,” Carlson says, “and they’re a great audience because they love music, they don’t pay attention to trends – if they like you, they like you.” Still, Earth has never quite fit the mold of the typical metal band. “When we first started, we were too metal for the grunge scene and we were not metal enough for the metal scene, so Earth’s always been sort of this redheaded step-child,” Carlson explains. As their sound has expanded to encapsulate everything from folk to jazz over the years though, Earth’s audience has expanded well beyond the open-minded end of the metal scene. A sold-out audience at their recent Great Scott show with a fair number of people lacking beards and battle jackets was a testament to that.

“Jethro Tull is a metal band,” Carlson says, emphatically, in discussing what exactly that classification even means. “Hard rock…and heavy metal…took influences from all over, and now genre-wise, in the press, it’s been really narrowed,” he says. “And I think that’s a shame.” Carlson is not one for the era of micro-genre categorizing and general genre snobbery that the internet has helped to proliferate, though he’s quick to point out that it’s always existed: “I remember the first year they had a Grammy for metal and Jethro Tull beat Metallica and everyone was bitching about it, but they should’ve!” “Show me a Metallica riff as good as ‘New Day Yesterday,’” he adds. “No, there isn’t one.” 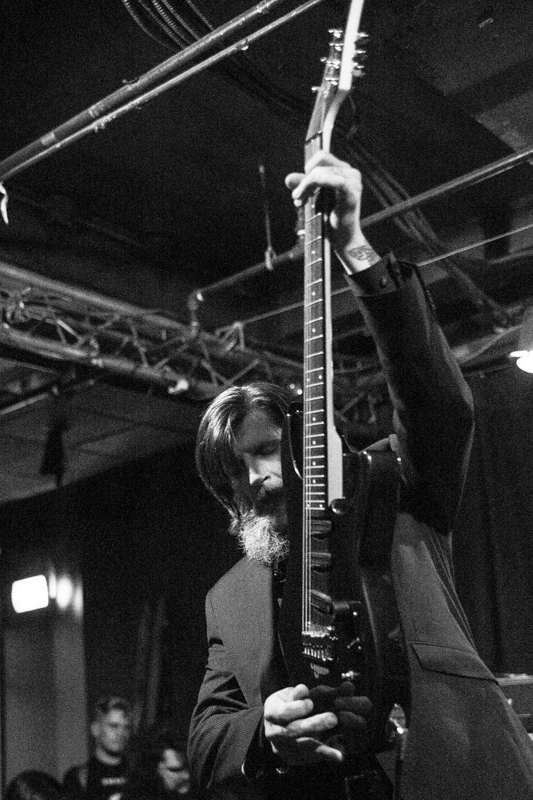 Carlson’s irreverent attitude toward expectations and genre conventions are certainly a large part of what’s kept Earth a fresh and consistently engaging project for so many years. From their early exercises in drone ritual to the plaintive “Angels of Darkness,” “Demons of Light” series and up through the “kick ass” approach of “Primitive and Deadly,” they’re a band who’ve followed the muse wherever it leads them, and whom the micro-genre tags continue to confound. “In Germany there was this interviewer that, the guy kept going, saying, ‘oh, are you slowcore?’ and I’m like, ‘I have no idea what you’re talking about…what is that?’” Carlson recalls. “We had the same reaction years before when they asked if we were post-rock,” Davies adds. With a laugh Carlson replies, “we’re a rock band so…no?”