Obama’s Statement on Ferguson – What We Heard vs. What We Wanted to Hear 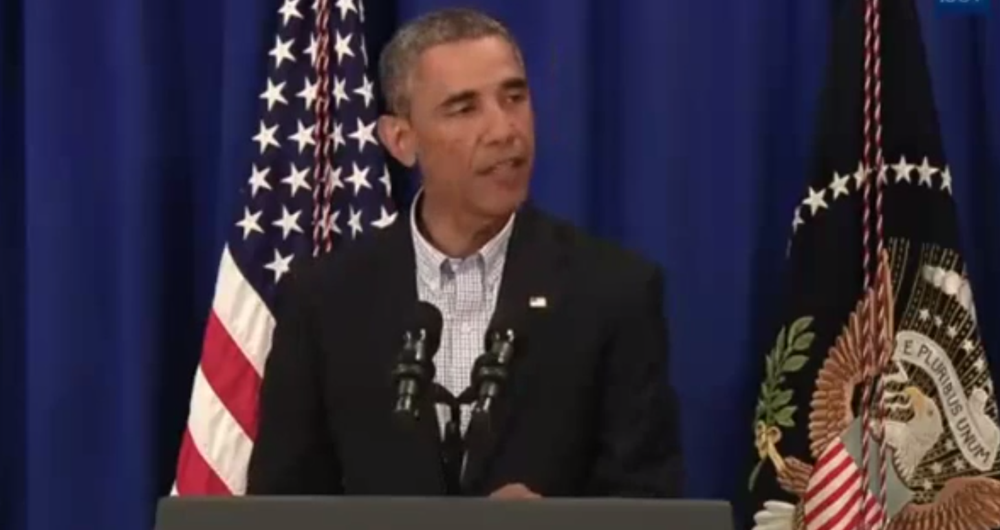 Yesterday afternoon, US President Barack Obama took to the podium to deliver a much-anticipated statement on the recent injustices perpetrated by police against protesters and media in Ferguson, Missouri. After being briefed by Senior Advisor Valerie Jarrett and Attorney General Eric Holder, Obama approached the mic. Breathlessly, the nation awaited a strong, passionate stance from our leader, but by the end of his eight-minute spiel, we were left stunned by Obama’s vague and disinterested response.

In the way of three nights of violent clashes with an overly militarized police force, the people of Ferguson – and, by proxy, the entire country – were seeking solace. We got none. We were seeking action. We didn’t even get action verbs. We were seeking anything that would give them a reason to re-invest hope in an administration that has promised us nothing but that – and the vacationing POTUS (who was speaking from Edgartown, Massachusetts) couldn’t muster a shadow of the vigor that he was elected for.

You can watch the entirety of President Obama’s address via Politico or read a transcript via Daily Kos, but the enduring point is that the speech fell far short of the public’s expectations. In particular, it was these excerpts from the Commander in Chief’s speech that left us shaking out heads in disbelief.

What We Heard: 2 minutes and 50 second of bullshit about Iraq
What We Wanted to Hear: Obama get right to the point

In a classic “here’s what I’ve done for you lately” move, Obama opened the address by celebrating military and humanitarian successes in the Iraq arena. In setting up this “good news first, bad news second” structure, we knew right away Obama wouldn’t be saying anything visionary about Ferguson. In a time where increasingly militarized police are oppressing a civilian population on home soil, the last thing we want to hear is the Commander in Chief opine about the “skill and professionalism of our military.” All it did was make us realize how the line between the US troops abroad and the Ferguson PD was rapidly dissolving.

Throughout Obama’s speech, he made it seem as though being the highest elected official in the United States was a powerless position. Delegating oversight to Missouri’s governor is a start (especially considering Nixon’s track record with racial tension), but the country is at a tipping point centered on Ferguson. It’s the USA’s chief domestic concern. If Obama had taken the responsibility of seeing through a solution, we would’ve finally seen that he’s taking it as seriously as we are. However, he napkined and gave the reins to Nixon without realizing what a how of faith his direct involvement would’ve been to the American people. 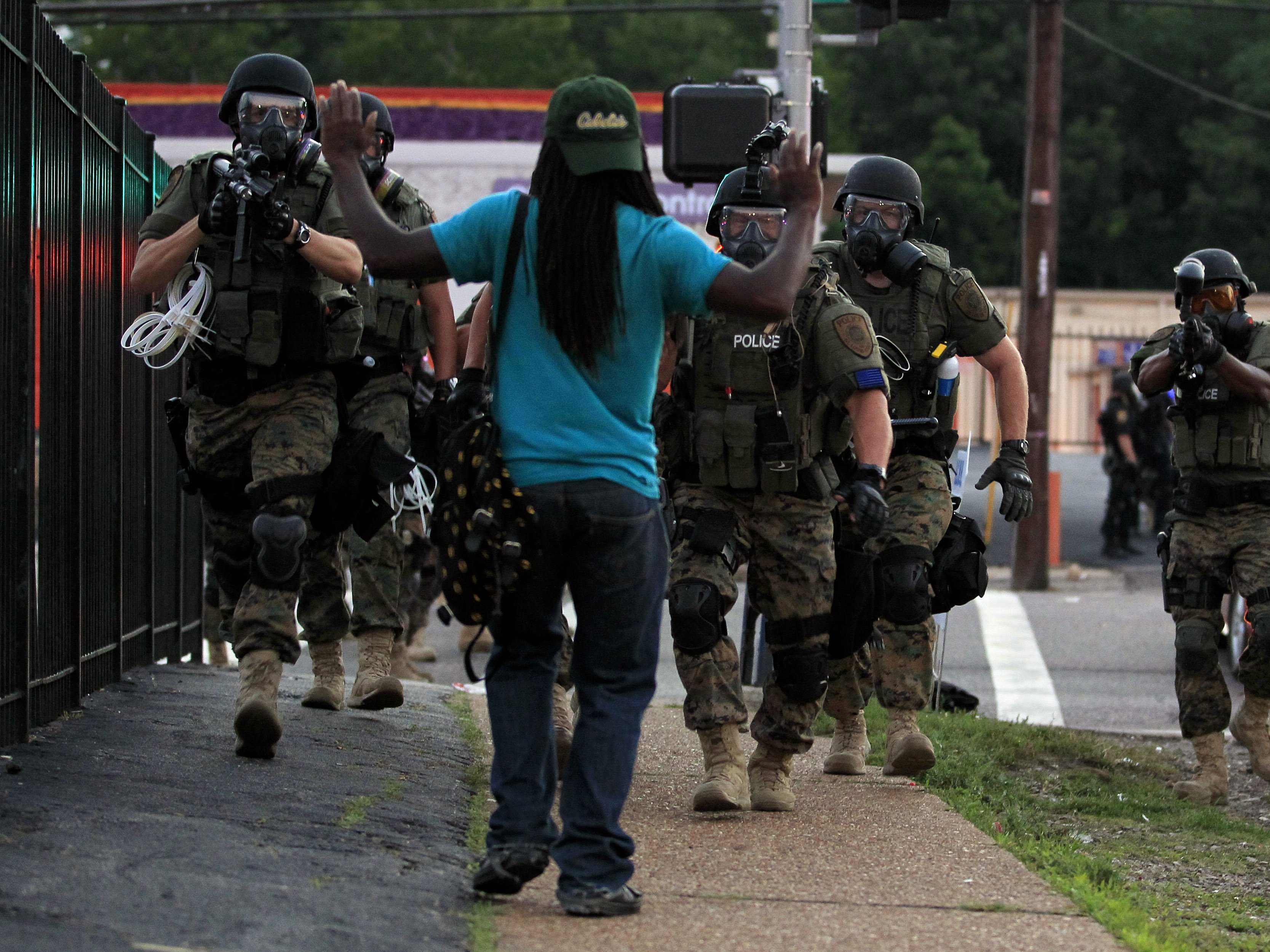 What We Heard: “We lost a young man, Michael Brown, in heartbreaking and tragic circumstances.”
What We Wanted to Hear: “Michael Brown was murdered.”

Here, language is of the utmost importance. Brown’s family did not simply “lose” the 18-year-old. He was taken from them. “Losing” someone is a euphemism you use when your grandmother dies in her bed surrounded by her children. “Murder” is the word you use when and innocent man is gunned down for disobeying minor traffic laws. “Murder” is a word that assumes culpability. When you “lose” something, it’s accidental. What happened to Michael Brown was intentional.

What We Heard: “Here, in the United States of America, police should not be bullying or arresting journalists who are just trying to do their jobs and report to the American people on what they see on the ground.”
What We Wanted to Hear: Something we didn’t already know.

By being so matter-of-fact about the Constitution-defying offenses of the Ferguson police force, Obama glosses over the true implications of media-wide censorship. As the Fourth Estate, the media is a fulcrum of justice in the American political system. The media is indeed a threat to totalitarianism, which is why there needs to be a hard line drawn when officers are gassing TV crews and disassembling their cameras. The censorship state is arrived at via a slippery slope, and Obama needed to broadcast the fact that it will not be tolerated. 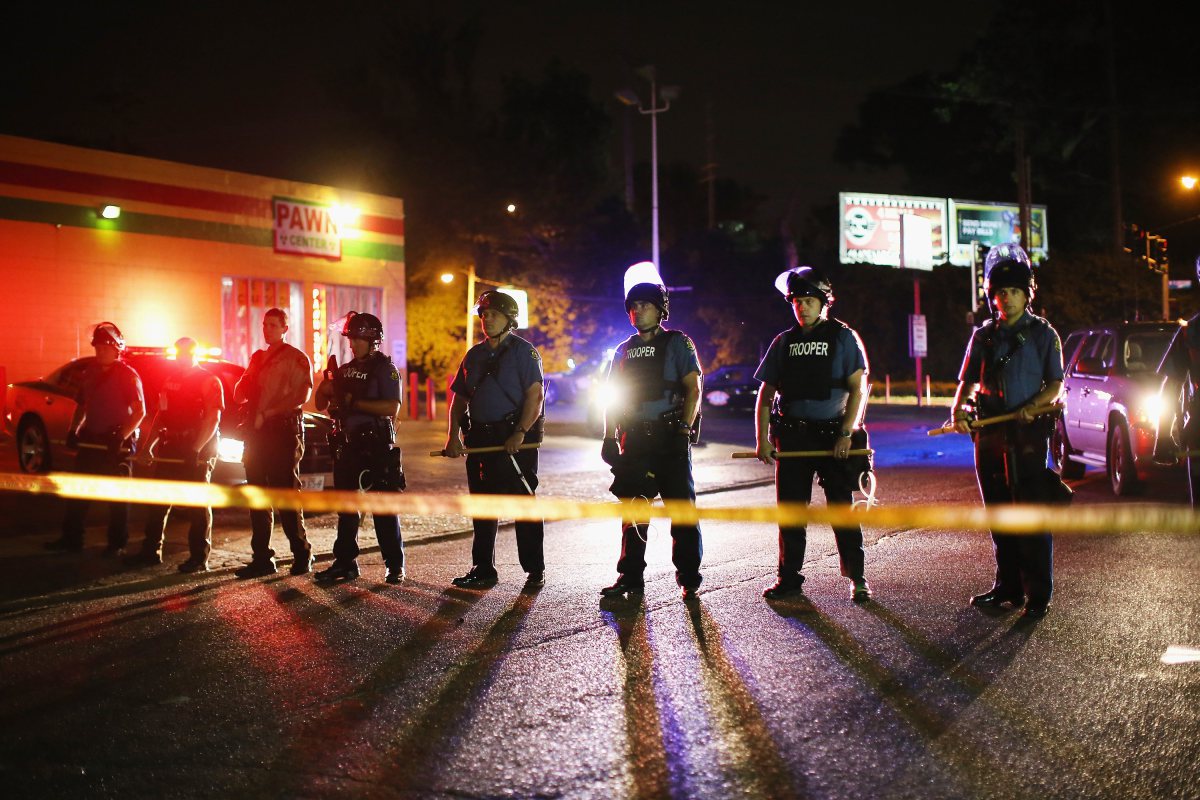 Obama’s speech is full of eventualities that sound like a parent making empty promises. True, the President was on vacation when the bulk of the insurgencies occurred, but he should by now know the breadth of what’s occurred. He should know that, with every day the protesters are being blindly beaten and arrested, the USA gets further from it’s ideals of a perfect democracy. The people were leaning hard on their icon of “hope” for definitive action. In the end, it was like he never said anything at all. 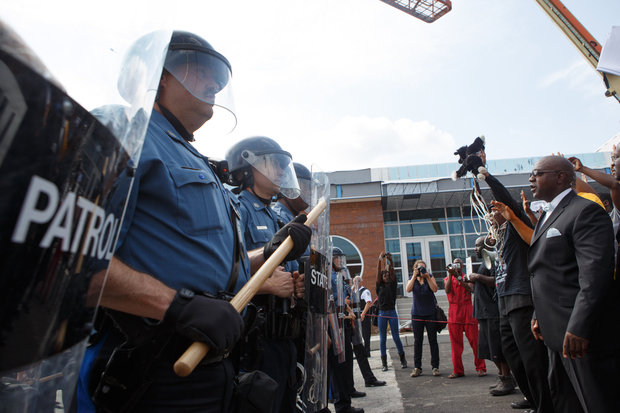 Between reports of the Ferguson PD switchboard referring to callers as “black monkeys” to Missouri’s history of systemic racism against African Americans, it cannot be denied that all the turmoil in Ferguson is motivated by racial tensions. Ferguson is 60 percent black, and Mother Jones noted that its been a “‘powder keg’ of racial imbalance for decades.” By ignoring this crucial factor in the makeup of the Ferguson situation, he’s empowering people who say the town is simply race-baiting – those who say that this would be no big deal if a white boy was shot by a black officer. Furthermore, he ignores what has been a growing trend of documented instances of young black men being murdered without consequence.

This was the greatest shame in what was an abjectly shameful outing for the Leader of the Free World. As things continue to boil over in Missouri, our only hope is that he comes around and decides that he needs to support the people who placed him in power.