These temporary tattoos are more than a fashion statement. They’re helping people cope with mental illness. 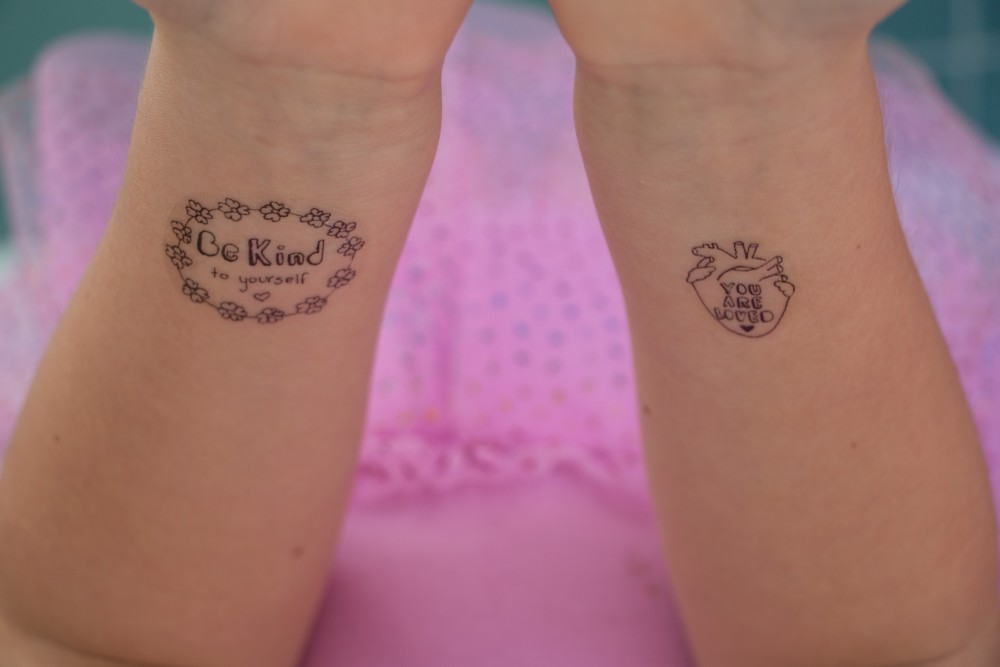 One artist sells a makeshift coping mechanism for those struggling with mental illness: temporary tattoos displaying messages of positivity and encouragement.

They say things like, “Be kind to yourself,” and “Reach out,” and, “You are loved,” giving uplifting reminders to those who wear them that pain doesn’t last forever.

The artist behind them is Janelle Silver, 31, of Australind, Australia. Her “Note to Self” temporary tattoos are available on her Etsy shop. 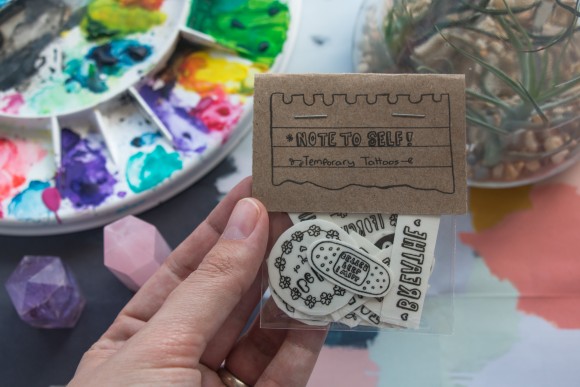 Silver says she designed the tattoos in order to cope with her own battle with mental illness, which has lasted for most of her life.

“I’ve had a really rough time with depression,” Silver said. “I’ve suffered on and off my whole life, but over the last 12 months, it got really bad.”

Silver says she started to feel suicidal at the start of last February. She began looking for ways to help herself get through it in a healthy, self-loving way. Between struggling with her suicidal thoughts and dealing with her husband working far away, Silver wanted a coping technique that she could bring with her everywhere.

That’s when the idea for the temporary tattoos came to her.

Silver said she’s drawn on herself in the past and has bought decorative temporary tattoos from other Etsy artists, which is how she thought to make the “Note to Self” tattoos. She first wore them herself, then realized the impact they could have on others.

“I thought there was [a] chance [that] other people might find them helpful as well,” Silver said.

And while the tattoos are temporary, their impact has been lasting for the artist. 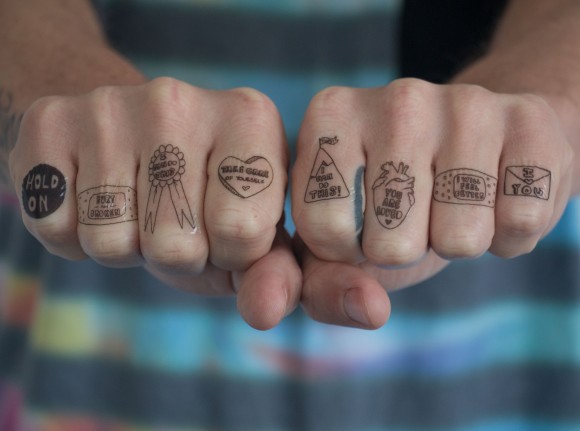 “I have self-harmed on and off since I was a teenager,” Silver said. “And I’ve noticed with the tattoos that, when you’ve been wearing them for a while, you’re kind of retraining your brain.”

“Even on days when I don’t have them on, I’ve associated the messages with the places on my body that I normally wear them,” Silver said. “So seeing my wrists now, I get the picture of [the tattoos] in my head and what they say.”

Silver has sent out about 2,000 orders for the temporary tattoos since she started selling them. She says that the success of the tattoos is “massive.”

“I didn’t expect it to take off the way that it did,” Silver said.

The reaction from patrons, she said, has been touching.

“I get a lot of messages, which is lovely. People tell me all kinds of stories,” Silver said. “I’ve had suicidal people contact me, people that have had their whole lives turned upside down. It’s really nice to be able to contact them and be a friend.”

The user reviews on Silver’s Etsy shop are also overwhelmingly positive. Users share their stories with Silver, telling her how her product has helped them deal with their own struggles.

Silver’s Etsy shop has turned into a bona fide small business. She says she began designing and selling her self-care products as a hobby while looking for other work, but that its success has turned it into a full-time endeavor.

What’s in store for the future of HeartandHandsShop? More tattoos, for starters. But Silver has plans beyond that.

“I’ve got a big, long list of things that I want to make,” Silver said. “I’m just trying to get the time to slowly get them done. It’s exciting.” 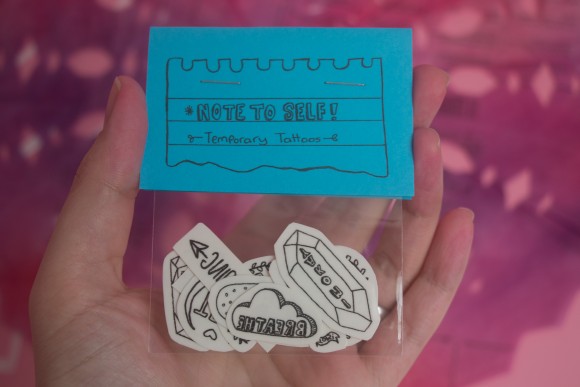