‘Not Fade Away,’ Bo Burnham, more new streaming on Netflix 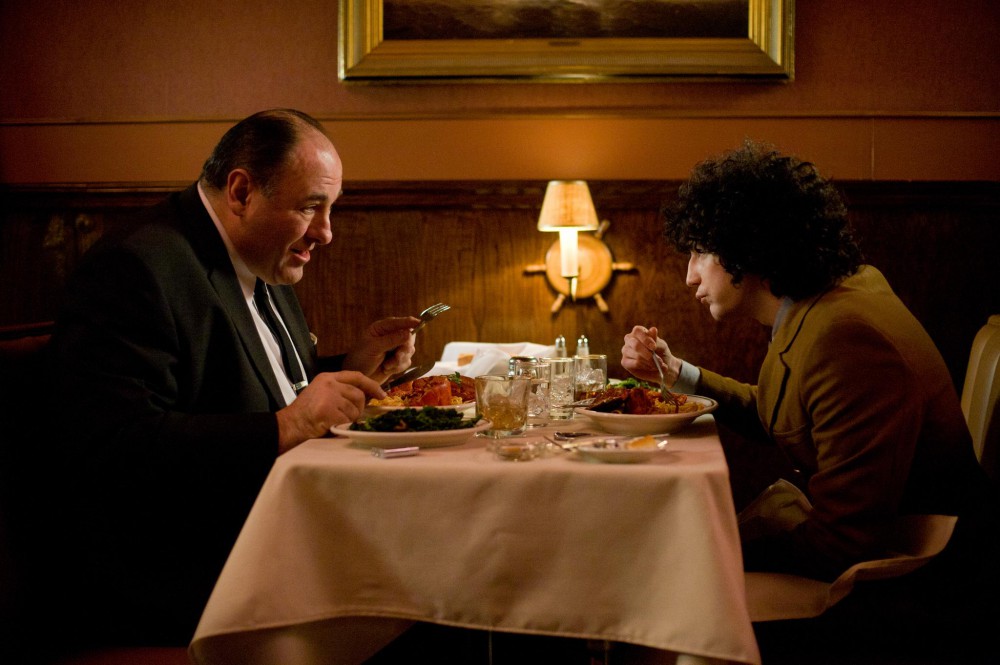 For some of you, this weekend is just the beginning of some well-deserved (we’re assuming) time off. Why not reward yourself with some hard-earned (again, assuming) couch time and stream some stuff that’s new to Netflix? Documentaries have a big week this week, and while not everything on this list looks must-see, you may strike gold in the most unusual places.

The late, great James Gandolfini reunites with director David Chase (“The Sopranos”) for this film about a musician rising out of 1960’s suburbia who, for various reasons, doesn’t quite get far enough. If nothing else, this movie is worth a watch for its great soundtrack.

A documentary following the multiracial punk movement in three African countries amid political and social revolutions.

This story of two small town teenagers escaping to Los Angeles received mixed reviews from critics, but could be a good pick if you’re looking for a coming-of-age type of film. If you need a movie with emotion, maybe even too much emotion, this is a decent way to spend your time.

This documentary from Academy Award winning director Freida Lee Mock highlights the story of Homeboy Industries, the largest and most successful gang intervention and rehab program in the US. G-Dog is an old white Jesuit priest who becomes an expert in gang lives and carries this surprisingly feel-good flick.

Jamie Kennedy stars as an American tourist who gets falsely accused of being a Turkish spy in a comedy that the Washington Post’s Sean O’Connell calls, “A broad, silly, dated, and insensitive mistake of a movie.” But then again, 73 percent of the audience on Rotten Tomatoes liked it.

Director Shaka King’s debut features a marijuana-induced love triangle in a dramedy that’s good for laughs, though it can be taken seriously. It’s not just for stoners, either. But if you get stoned and watch it, I’m sure that’s cool, too.

Golden Globe and Emmy nominee Benjamin Wallfisch is the composer responsible for the score of the hit movie IT. I talked to Ben about his approach to scoring the new version of this iconic story and his thoughts on film and music overall. Some very insightful commentary; listen in. END_OF_DOCUMENT_TOKEN_TO_BE_REPLACED

Rupert Gregson-Williams is an award-winning film composer. He just so happened to compose the score for this summer’s big blockbuster Wonder Woman. We talked about his beginnings in film scoring, film scores that move and inspire him and, of course, Wonder Woman. END_OF_DOCUMENT_TOKEN_TO_BE_REPLACED

Jeff Rapsis is a New England-based composer and performer. Lately, he’s been creating live musical scores for silent film screenings. I talked to him about his process and a few of his upcoming performances at The Capitol Theatre in Arlington and the Somerville Theatre. You can keep track of where else Jeff is scoring silent films here. END_OF_DOCUMENT_TOKEN_TO_BE_REPLACED

Planning on seeing Rogue One: A Star Wars Story when it opens this weekend? I joined Adam 12 to give you an idea of what to expect. But don’t worry, I didn’t give anything away. END_OF_DOCUMENT_TOKEN_TO_BE_REPLACED

No, not from afar, from the comfort of her couch. From the actual awards themselves. That’s where Meredith Goldstein was for the Oscars. She shared all the juicy, first-hand details with me. END_OF_DOCUMENT_TOKEN_TO_BE_REPLACED

To celebrate the opening of ‘The Force Awakens,’ I had some very special guests in studio to start the Thursday, December 17 edition of The Brink. Listen. END_OF_DOCUMENT_TOKEN_TO_BE_REPLACED

Watching the new Star Wars trailer a million times gave us all sorts of feels. And one of those feels was nostalgia. END_OF_DOCUMENT_TOKEN_TO_BE_REPLACED

END_OF_DOCUMENT_TOKEN_TO_BE_REPLACED

If you’ve finally finished crying over Inside Out — or Lava, the short that ran before it — Pixar is readying another assault on your tear ducts with The Good Dinosaur, if its newly released trailer is any indication. END_OF_DOCUMENT_TOKEN_TO_BE_REPLACED